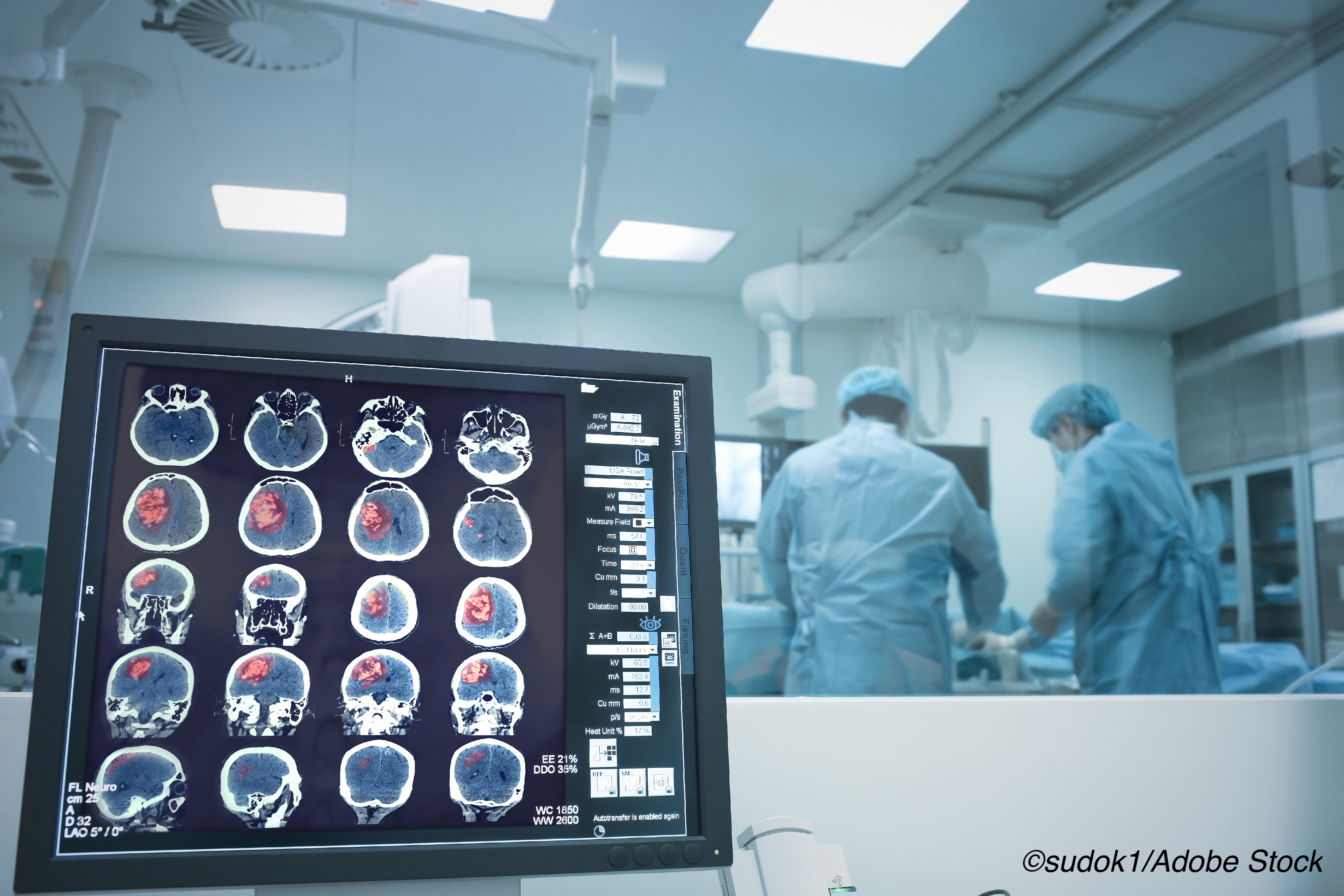 With index time defined as presentation to the emergency department for out-of-hospital stroke and symptom recognition for in-hospital stroke, median time to cranial imaging for in-hospital and out-of hospital patients was 33 versus 16 minutes (P < 0.001), reported Feras Akbik, MD, PhD, of Emory University in Atlanta, and coauthors in JAMA Neurology.

“Our data notably conflict with recent reports of comparable or even faster treatment times and equivalent outcomes for patients with in-hospital stroke onset who received endovascular therapy, although these reports were indexed to symptom onset and not to our use of stroke presentation,” Akbik and colleagues wrote.

“Conversely, our report leverages a national database to analyze time intervals in 2,494 patients who experienced strokes at a hospital and were treated with endovascular therapy to show that similar to patients treated with intravenous therapy, patients receiving endovascular therapy had longer delays to treatment and worse functional outcomes despite already being in the hospital at stroke onset,” they added. “The inferior outcomes are likely associated with both treatment delays and comorbid illnesses.”

In an accompanying editorial, Amy Y. X. Yu, MD, MSc, of the University of Toronto, and Michael D. Hill, MD, MSc, of the University of Calgary, observed that “in-hospital processes are frequently limited by poor recognition of stroke, which is particularly true when patients are very ill or when an adequate neurologic examination to make a diagnosis is not possible in patients who are recovering from anesthesia, sedated, or mechanically ventilated,” creating non-modifiable medical or surgical issues that may contribute to longer interval times to stroke treatment.

“In the subgroup of patients treated with endovascular thrombectomy, the authors found an improvement in the latency to imaging and arterial puncture times [during the 10-year study period],” they continued. “Although this observation may be partially driven by the higher likelihood of patients with large vessel occlusions to have more severe clinical symptoms than those without occlusion, this finding is important because it suggests that improving the quality of care for patients with in-hospital stroke is possible.”

Prior research has found lower adherence to process-based quality measures and worse outcome in in-hospital compared to out-of-hospital stroke. A study of Get With The Guidelines registry data from 2006-2012 showed those with inpatient stroke had greater ischemic risk factors including atrial fibrillation, prosthetic heart valves, carotid stenosis, and heart failure, and had more severe strokes.

A Canadian study of regional stroke centers between 2003 and 2012 found longer times to neuroimaging, longer time to thrombolysis, and lower use of thrombolysis for in-hospital stroke. Although adjusted 30-day and 1-year mortality rates were similar for in- and out-of-hospital stroke, the in-hospital group was more likely to be dead or disabled at discharge.

“Outcomes after in-hospital stroke are likely to be influenced by the stroke as well as other acute medical conditions that led to the initial hospitalization,” Yu and Hill noted. “Therefore, some of the apparent disparities in outcome may not be completely avoidable.”

A 2017 report found reductions in all timed measures after a quality improvement effort including an in-hospital code stroke algorithm.

In the current study, Akbik and colleagues looked at retrospective data from the Get With the Guidelines-Stroke national registry from 2008 to 2018, including 267,956 patients who underwent reperfusion therapy for stroke with in-hospital or out-of-hospital onset. Of these, 67,493 patients had in-hospital stroke, and of these, 15.5% had intravenous thrombolysis (mean age 72, 53.2% female) and 3.7% endovascular therapy (mean age 69, about 50% female), with no significant difference in age or sex.

“Latencies to cranial imaging and endovascular therapy improved each year during the 10-year study period, although the differences between the in-hospital and out-of-hospital groups persisted,” the authors noted.

Study limitations include data provided voluntarily by national registry participants. Facilities with active stroke quality improvement programs are likely to be over-represented in the study. In addition, the reason for hospital admission was not reported in the registry.

This study was supported in part by awards from the American Heart Association.

Yu reported receiving grants from the Heart & Stroke Foundation of Canada and from the Canadian Institutes of Health Research.