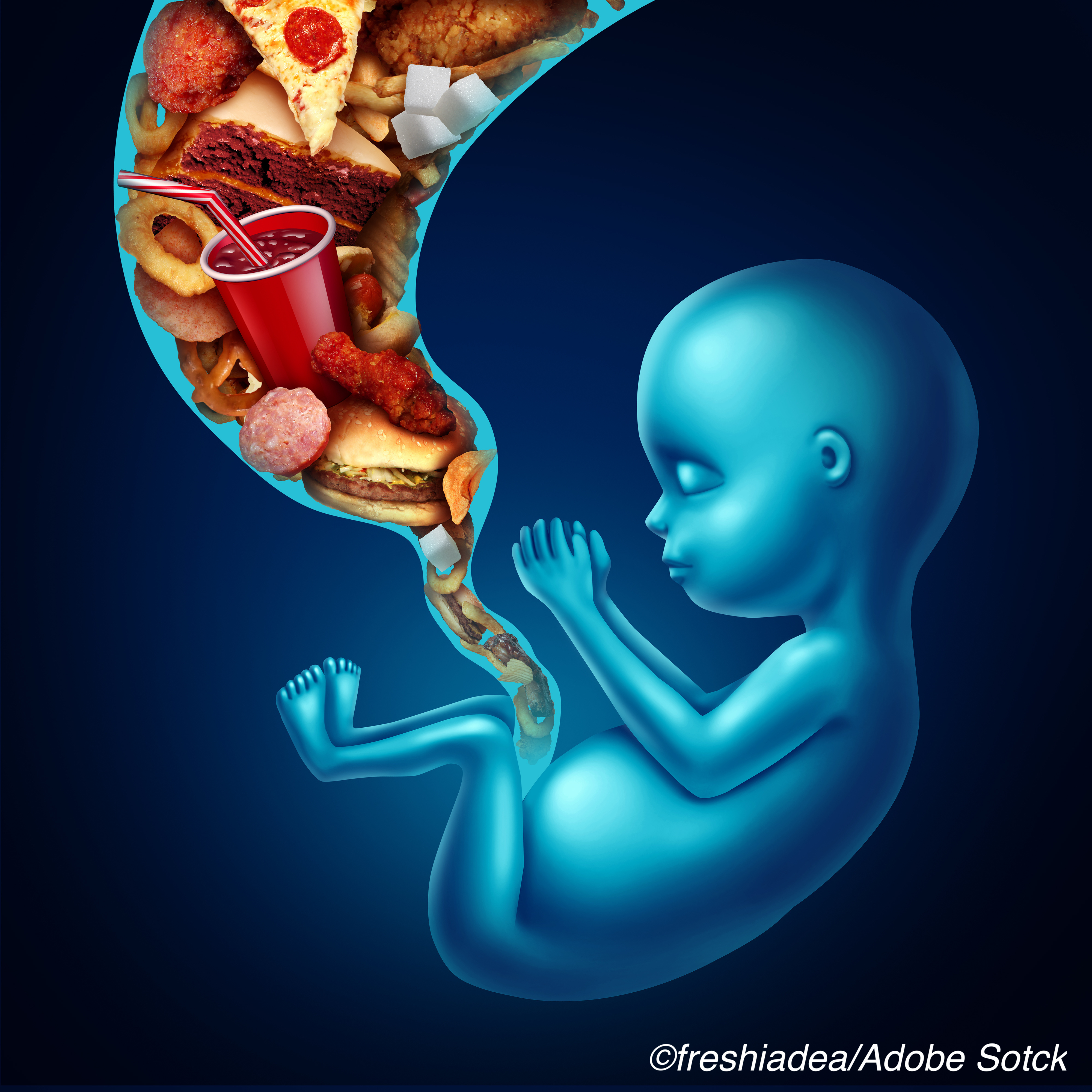 Cardiovascular disease (CVD) morbidity in adolescents and young adults may be associated with their in utero exposure to maternal diabetes, according to results from a large, population-based study published in the Canadian Medical Association Journal.

Researchers found that offspring who were exposed to maternal diabetes—either gestational or type 2 diabetes—had a 2- to 3-fold higher risk for CVD and earlier onset of CVD-related morbidity before age 35 years. Further, these risks were driven primarily by higher incidence of hypertension, type 2 diabetes, and ischemic heart disease.

“Maternal diabetes is one of the most common metabolic perturbations to which fetuses may be exposed. Fetal exposure to maternal gestational diabetes and type 2 diabetes mellitus is associated with adverse cardiometabolic health in childhood, including insulin resistance, overweight, dyslipidemia, type 2 diabetes and potentially elevated blood pressure,” wrote these researchers, led by Laetitia Guillemette, PhD, of the Children’s Hospital Research Institute of Manitoba, Winnipeg, Manitoba, Canada.

A full 96.1% were not exposed to maternal diabetes in utero, 2.8% were exposed to gestational diabetes, and 1.1% to pre-existing type 2 diabetes.

During follow-up, 5.3% of participants had experienced or developed a CVD end point or CVD risk factor. In all, 0.9% had a CVD end point (including diagnoses of cardiac arrest, myocardial infarction, ischemic heart disease, and cerebral infarction) and 4.3% had a CVD risk factor (a composite of the first incident of hypertension, dyslipidemia, and type 2 diabetes). Importantly, in participants with multiple outcomes, only the first diagnosis was considered.

The most frequent cardiovascular conditions diagnosed in the offspring were hypertension (n=8,713), type 2 diabetes (n=3,568), and ischemic heart disease (n=715).

Interestingly, Guillemette and colleagues also found that intrauterine exposure to both gestational diabetes and type 2 diabetes grew more common over the study period (P˂0.001). They also found that infants who had been exposed to diabetes in utero were more likely to be born to older mothers, large for gestational age, born prematurely, and live in rural areas or belong to a household of a lower socioeconomic level.

Study limitations include the reliance on administrative databases for data and algorithms not been validated in pediatric populations, the lack of clinical or lifestyle data known to affect CVD risks, and maternal factors such as diabetes control during pregnancy and indigenous status.

Population Screening for Inherited Predisposition to Breast and Ovarian Cancer. Circulating plasma metabolites and risk of rheumatoid arthritis in the Nurses’ Health Study.