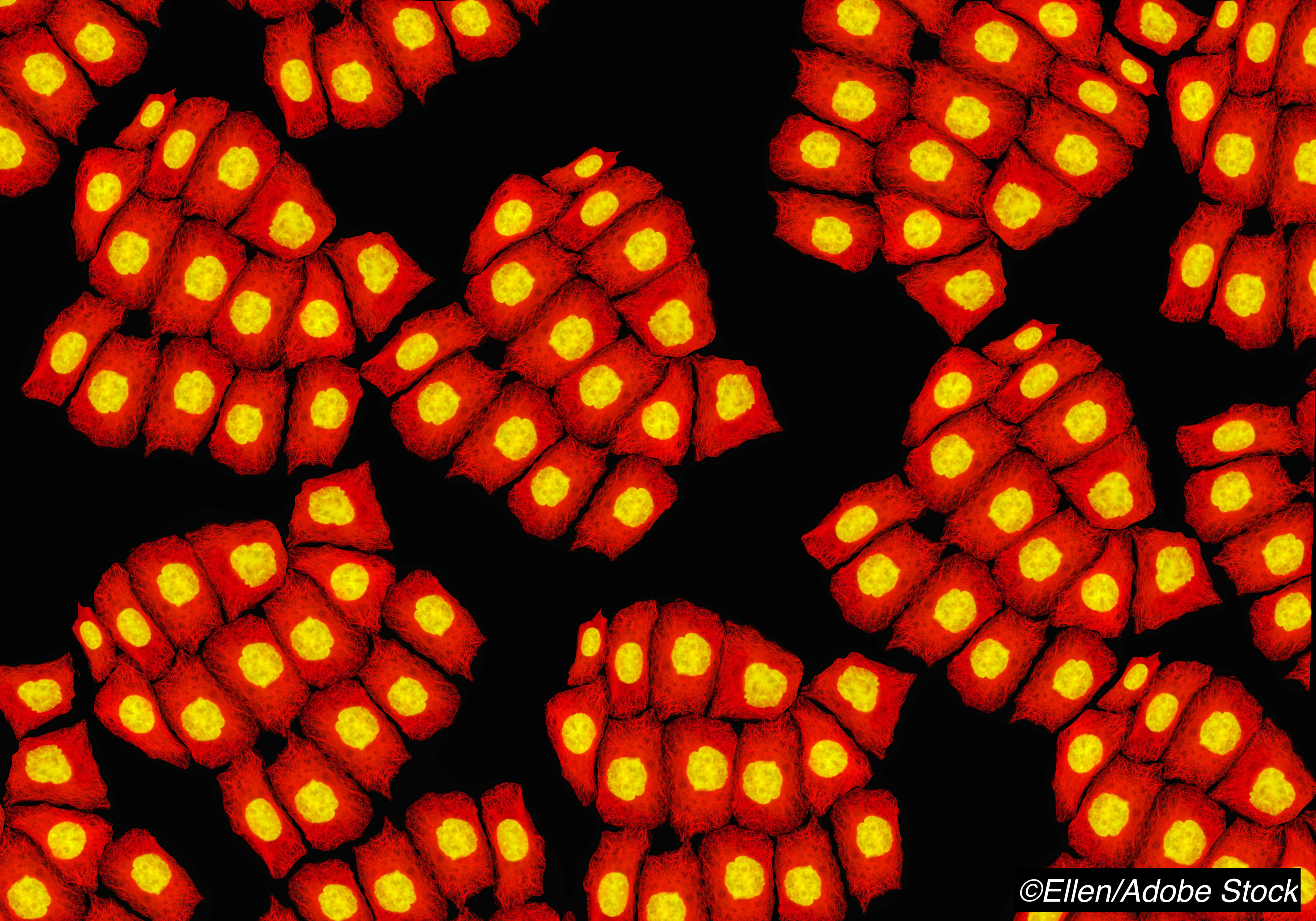 “Data from the initial groups of patients in this study provide clinical proof of concept for in vivo CRISPR-Cas9–mediated gene editing as a therapeutic strategy,” Gillmore and colleagues wrote.

“Serial assessments of safety during the first 28 days after infusion in patients revealed few adverse events, and those that did occur were mild in grade,” they added. “The limited and specific normal function of TTR in thyroxine and vitamin A transport means that knockdown has only limited additional physiological effects.”

These findings are the first-ever clinical data supporting safety and efficacy of in vivo CRISPR genome editing in humans, according to Intellia Therapeutics and Regeneron, the trial’s sponsors. The interim data were also presented at the 2021 Peripheral Nerve Society annual meeting.

NTLA-2001 is designed to inactivate the TTR gene in liver cells in people with hereditary transthyretin amyloidosis to prevent the production of misfolded TTR protein, which accumulates throughout the body and causes progressive fatal neuropathy, cardiomyopathy, nephropathy, vitreous opacities, and other manifestations. Infused lipid nanoparticles were opsonized by apolipoprotein E and preferentially transported to the liver, where more than 99% of circulating transthyretin is made.

The administered nanoparticles contained a single guide RNA targeting the TTR gene and a Streptococcus pyogenes Cas9 protein and associated Cas9 endonuclease. The Cas9 protein complex acted as a molecular scissors, making a double-stranded DNA cut at the targeted site—in this case, the TTR gene.

Patients in the study were 46 to 64 years old; two were women and four were men. All had a diagnosis of polyneuropathy due to hereditary ATTR amyloidosis, with or without cardiomyopathy.

Three people had a p.T80A mutation, two a p.S97Y mutation, and one a p.H110D mutation. Three had received no previous therapy and three previously had received diflunisal, which stabilizes TTR tetramers before they dissociate to form pathologic amyloid fibrils. Patients were premedicated with glucocorticoids and histamine block to minimize pro-inflammatory effects of intravenous lipid nanoparticle treatment.

All patients completed the infusion with no protocol-specified stopping events. No serious adverse events were seen, though one patient had a grade 1 infusion-related reaction. Increased d-dimer levels were seen 4 to 24 hours after infusion in five of six patients but returned to baseline in all by day 7. Activated partial thromboplastin time and prothrombin time stayed within 1.2 times the upper limit of their reference ranges, and fibrinogen levels and platelet counts remained above the lower limit of their normal ranges. Liver function tests remained normal.

Current therapeutic strategies for transthyretin amyloidosis include reduction of toxic protein through stabilization of the tetrameric form of TTR (diflunisal or tafamidis) as well as inhibition of TTR protein synthesis with inotersen or patisiran, which degrade TTR messenger RNA.

Data from studies of RNA-targeting gene-silencing agents have shown that reductions in serum TTR protein translate into meaningful clinical benefits relative to placebo. “Such treatments produce symptom relief and functional improvement and prolong survival but are limited by the requirement for long-term administration to maintain TTR knockdown,” Gillmore and co-authors wrote. “In the case of patisiran, long-term treatment results in continued exposure to premedication with glucocorticoids and antihistamines.”

The CRISPR/Cas9 technique used in the study stemmed from work done by researchers who were awarded the 2020 Nobel Prize in Chemistry. Significant bioethical questions have arisen with application of CRISPR technology in food production, military use, and germ line genome changes in human embryos.

“The in vivo gene-editing approach used in this study is currently being investigated for use in other diseases,” Gillmore and colleagues observed.

“Further clinical programs involving CRISPR-Cas9-based gene-editing strategies are planned by many investigators for a wide range of diseases,” they noted. “These programs may make use of the potential not only to knock out expression of harmful protein products but also to insert genes to produce functional proteins where mutations cause pathologic deficiencies.”

This study was supported by Intellia Therapeutics and Regeneron Pharmaceuticals.