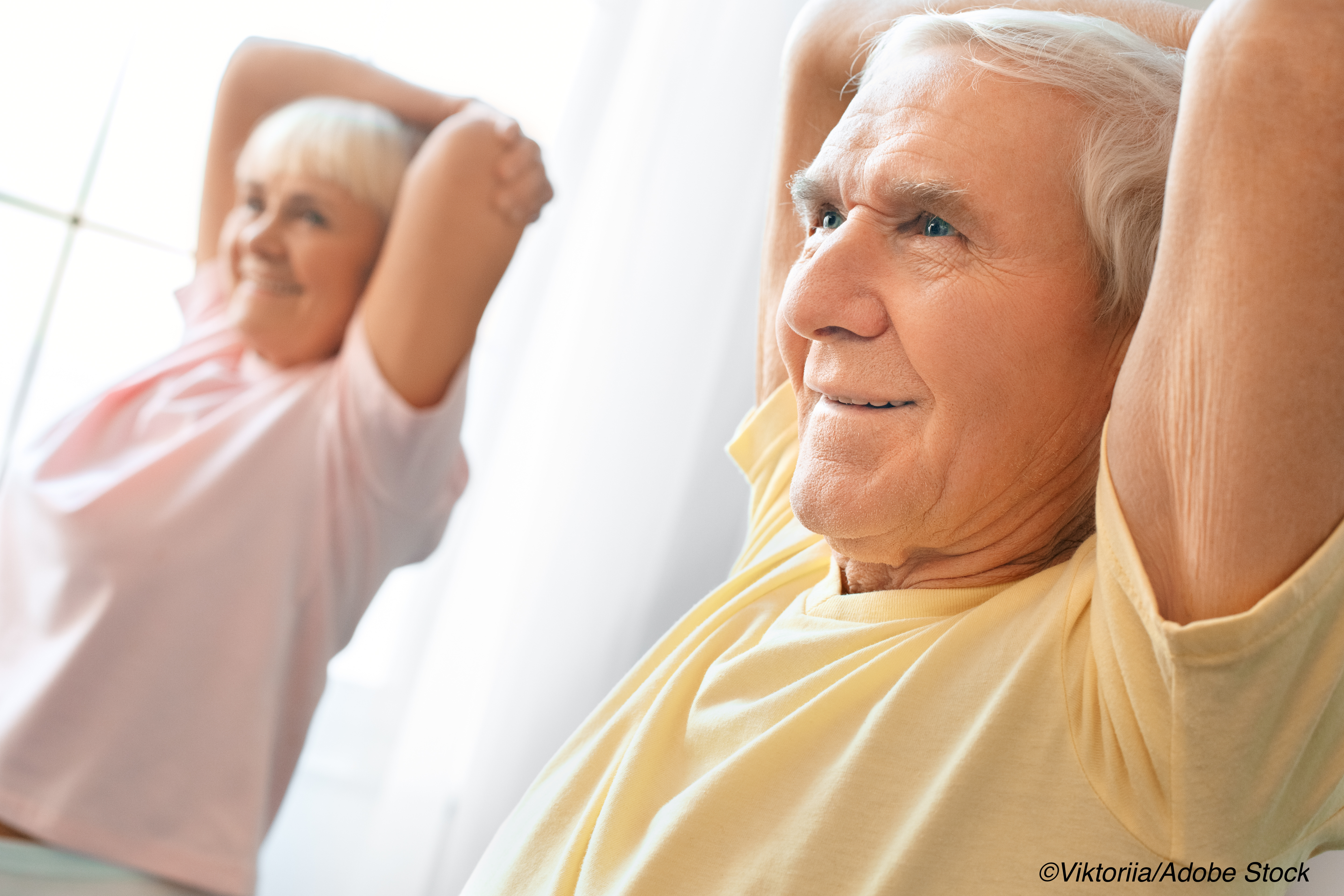 “This protective effect did not appear to be mediated by striatal dopaminergic function,” they added.

Jun and colleagues analyzed data from the Parkinson’s Progression Markers Initiative. All 173 patients (baseline mean age: 63 years) were recently diagnosed with idiopathic PD and had abnormal dopamine transporter (DAT) imaging while untreated. In all, 27% were APOE ε4 carriers.

Self-reported physical activity was measured with the Physical Activity Scale of the Elderly, and yearly assessments included the Montreal Cognitive Assessment (MoCA). Follow-up evaluations were conducted at 3-month intervals during year 1, and subsequently, at 6-month intervals. Change in the MoCA was the primary outcome. DAT imaging was performed at year 2 of participation in the database, considered as the baseline for the present study, and at year 4 of participation for comparison.

“However, we did not find a significant interaction effect between physical activity and the APOE ε4 allele on the change in striatal DAT activities, indicating that striatal dopaminergic function is not at least a major driver contributing to the protective effect of physical activity on APOE ε4-related cognitive decline,” they added.

If replicated, this “important finding could guide the development of epsilon genotype-based, targeted lifestyle interventions in patients with PD,” observed Jacob Raber, PhD, of the Oregon Health & Science University in Portland, and co-authors, in an accompanying editorial.

In a 2009 study of 196 patients with early untreated PD, about one-fifth had mild cognitive impairment; about two-thirds of those were a non-amnestic subtype. In addition to its role in Alzheimer’s disease amyloid beta pathology, the APOE ε4 allele may promote α-synuclein pathology as seen in PD. Recent research, some preclinical, also has suggested a role in tau-mediated neurodegeneration as well as oxidative and inflammatory stresses.

Cognitive dysfunction in Parkinson’s disease is thought to involve multiple pathology types. A 2014 review suggested a synergistic effect of α-synuclein, amyloid beta, and perhaps other pathologies, with deficits in limbic and cortically projecting dopamine, noradrenaline, serotonin, and acetylcholine neurons.

In post hoc analysis, both non-high-intensity and high-intensity physical activity positively modified the effect of APOE ε4 on cognitive function, though it could not be determined whether one intensity level was superior in its effect.

“There is no obvious therapeutic option for improving cognitive impairment in PD patients without dementia,” the authors noted. “In this context, our findings may be promising and highlight the importance of interventions to increase physical activity that could potentially alter the effect of APOE ε4 on cognitive decline in early PD patients.”

Limitations include self-reported physical activity, with the risk of introduced recall bias or inaccurate reporting, particularly for those experiencing cognitive decline.

The study amounts to “a next frontier in the ongoing quest for personalized disease-slowing treatment in PD,” the editorialists said, suggesting that future work should incorporate cognitive tests that are more comprehensive, specific, and predictive than the MoCA to cognitive injury in PD, such as visuospatial or executive function tests.

This study was supported by a research grant of National Research Foundation funded by the Ministry of Science and ICT in Korea.

Neither researchers nor editorialists had any disclosures.