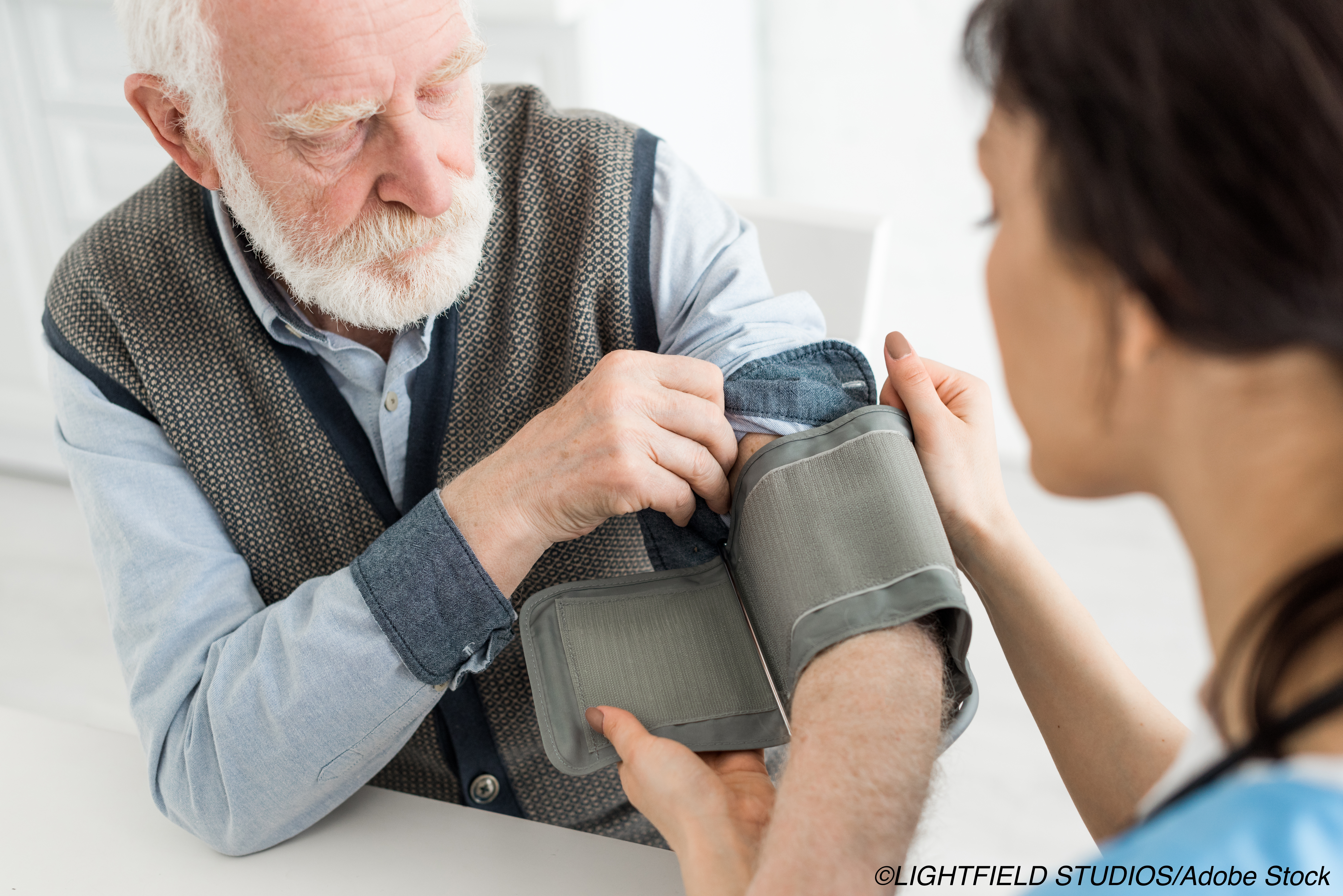 Intensive hypertension control did not mitigate the risk of developing Alzheimer disease (AD), and surprisingly, led to a small but statistically significant decrease in hippocampal volume compared with standard hypertension lowering treatment.

Researchers detailed the basis for this substudy of the original SPRINT MIND trial. Hippocampal atrophy is one of the most well-studied hallmarks of typical mild cognitive impairment and AD, and Ilya M. Nasrallah, MD, PhD, of the University of Pennsylvania, Philadelphia, and colleagues hypothesized that intensive BP treatment may be associated with specific AD brain measurement of this atrophy, as well as with other factors such as regional cortical thickness.

“The most common cause of dementia in older adults is AD. Vascular disease is a very common comorbidity and may play a factor in initiating or accelerating AD neuropathology,” Nasrallah and colleagues wrote in JAMA Neurology.

In the original SPRINT MIND study, 9,361 hypertensive patients aged 50 years and older without diabetes or dementia were followed for about five years. Researchers concluded that intensive hypertension control (less than 120 mmHg) was associated with lower rates of mild cognitive impairment than standard BP control (less than 140 mmHg) but had no effect on the incidence of conversion to AD.

To compare the efficacy of two antihypertensive strategies, Nasrallah et al included 454 hypertensive patients from the SPRINT MIND study who were age 50 years or older (mean age: 67.3 years; 40.3% female; 32.4% Black; mean systolic BP: 138.1 mmHg; mean diastolic BP: 77.9 mmHg) and without diabetes or stroke. Patients had been randomized to a goal of less than 120 mmHg systolic blood pressure (intensive treatment) or less than 140 mmHg (standard treatment) and underwent brain MRIs at baseline and then again at four years after randomization.

Interestingly, patients ages 75 years and older showed a trend for larger changes in most AD-related biomarker changes compared with younger patients, with larger decreases in hippocampal volume and larger increases in SPARE-AD scores. However, researchers wrote, “there was no evidence of treatment effect heterogeneity across these age groups for either the AD or vascular biomarkers.”

Finally, Nasrallah and colleagues assessed whether between-group difference in hippocampal volume and frontal gray matter volumes were associated with cognitive function changes in a subset of patients, finding that intensive treatment was associated with greater declines in the executive function domain (mean change per year: −0.019 vs 0.005; P=0.02), but no significant differences were seen in other cognitive domains.

“In conclusion, there was no consistent evidence of a difference in the progression of AD-related neurodegeneration between intensive and standard blood pressure control. Beyond the previously reported favorable effect on WML volume, there was also no consistent association with other putative biomarkers of cerebrovascular disease, and the differences between groups in all these MRI biomarkers were small. Overall, these MRI findings do not directly identify a specific pathologic mechanism for the observed associations of intensive blood pressure treatment with brain structure and the development of cognitive impairment,” Nasrallah and colleagues wrote.

Among the strategies currently aimed at lowering the risk for AD, lowering cardiovascular risks is a stand-out, wrote Susan M. Landau, PhD, and Theresa M. Harrison, PhD, both of the University of California, Berkeley, in their accompanying editorial.

But these results from the SPRINT MIND substudy were not significant, with one noteworthy exception, they added.

“Increased hippocampal atrophy in the intensive treatment group was the only intervention-related finding that met statistical significance in this study. While counterintuitive, it is consistent with a recent report in the same SPRINT MIND sample of an intensive intervention-related association with another non-AD specific biomarker: decreased total brain volume,” they wrote, adding that this finding is similar to that in other hypertension treatment studies, suggesting that there may be “a possible vascular mechanism underlying the clinical benefit of intensive hypertension control.”

In conclusion, Landau and Harrison wrote: “The findings of the SPRINT study overall suggest that the primary benefit of intensive hypertension control is in reducing cardiovascular events. But the SPRINT MIND data thus far do not point to a clear additional benefit of such treatment in maintaining cognitive function or reducing the risk of AD. Future work is needed to understand how AD and cerebrovascular pathophysiology contribute to the complex relationship between cardiovascular health and cognitive decline.”

Study limitations included the failure to assess amyloid or tau status or clinical categorization of dementia subtypes, no comparison between patients treated for hypertension versus those who are not or those with prevalent AD, and the four-year follow-up may have not been long enough to assess AD-related neurodegeneration, and small number of patients with adjudicated cognitive impairment.

Nasrallah reports grants from the National Institutes of Health (NIH) during the conduct of the study and personal fees from Biogen outside the submitted work.

Landau has received grants from the National Institutes of Health and the U.S. Department of Defense.