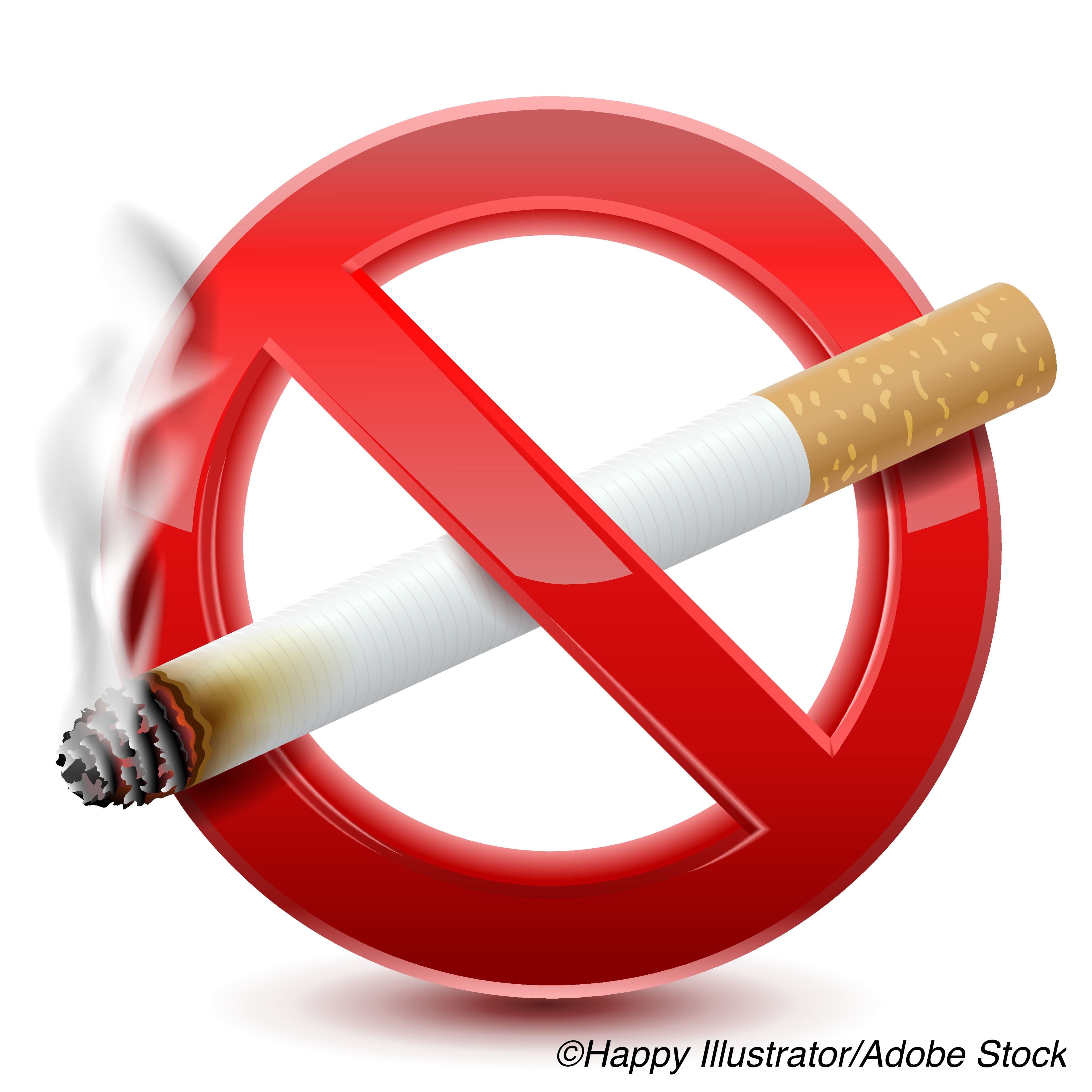 But cessation medication not tied to quitting; limited resources for counseling an issue

However, they pointed out that “[use of cessation] medication use was not associated with quitting. Although all patients received shared decision-making medication support, and any cessation medication use was assessed at each session, a stronger emphasis on dose and duration of adherence is likely warranted.”

The authors also noted that 17.7% of the intensive treatment group reported using e-cigarettes versus 19.5% in the standard treatment group. The use of e-cigarettes for smoking cessation or reduction has proven controversial, with trials delivering mixed results. It is known that e-cigarettes do deliver heated nicotine aerosol into the lungs.

In an editorial accompanying the study, Adam O. Goldstein, MD, MPH, of the University of North Carolina School at Chapel Hill, and co-authors, emphasized that the study was not designed to evaluate the role of e-cigarettes use, which “has increased among cancer survivors in the last decade,” per a 2019 study done in over 1,500 cancer survivors, nearly 4% of whom used e-cigarettes.

“Interventions that assess and address e-cigarette and dual use among patients with cancer should be undertaken,” Goldstein and co-authors stated.

Overall, they noted that the current “theory-driven research provides evidence that intensive smoking counseling over at least 6 months contributes to an effective approach to smoking cessation in patients with cancer.”

They also acknowledged that “Most oncologists are not likely to provide the intensive counseling needed (average of 40 minutes for the first visit in this study and 20 minutes for follow-up visits),” for successful smoking cessation in this patient population, “but trained smoking cessation therapists can work collaboratively with oncologists to fill this void,” which is what is being done through the National Cancer Institute (NCI) “Moonshot” program.

Finally, payers and healthcare systems need to get on board with smoking cessation for cancer patients, Goldstein’s group stated. The “current fee-for-service models for cancer treatment are incongruent with models of sustainable intensive smoking cessation counseling. Reimbursement for Medicare, Medicaid, and most private insurers only pays for 4 counseling sessions per quit attempt.”

“If payers are willing to reimburse cancer centers thousands of dollars per patient annually for cancer treatments, they should be willing to invest in intensive cessation coverage, which ultimately lowers cost and improves outcomes,” they argued.

Adults who had smoked one cigarette or more within 30 days, spoke English or Spanish, and had recently been diagnosed with breast, gastrointestinal, genitourinary, gynecological, head and neck, lung, lymphoma, or melanoma cancers were eligible for the trial. Enrollment took place between November 2013 and July 2017, and assessments were completed at the end of February 2018.

The median age of participants was 59 years, 56.1% were female, and 84.2% were non-Hispanic white. Also, nearly 60% had a smoking-related tumor, while a little over 60% had early-stage disease. The median number of cigarettes/day was 10, and a little over 69% had decreased the number cigarettes smoked daily within the past 6 months. The median number of years smoked was 42, and over 72% said they smoked within 30 minutes of waking.

A little over 300 were patients randomized, and 78.1% completed the trial. The median number of counseling sessions completed by the intensive treatment group was eight, while 63.5% completed at least one monthly booster sessions.

They also noted that the intensive treatment was well received with participants reporting that they were “significantly more satisfied with cessation assistance received, alignment of support with their needs, helpfulness of the treatment, and the quality of cessation assistance” at 3 and 6 months. Also at 6 months, 85.0% in the intensive treatment group versus 59.3% in the standard treatment group said that the program met most or all of their needs (25.5% difference, 95% CI 16.0%-35.3%; OR 1.66. 95% CI 1.24-2.24, P=0.001).

Study limitations included a trial at NCI centers, a design that assumed a 15% group difference but only achieved a 13% difference, and the fact that the medication and counseling were free. The results may not apply to other practice settings or to those with less resources, the authors stated.

Goldstein’s group added that the participants received up to $200 for baseline, follow-up surveys, and salivary/expired air specimens, “which might have served as an unintended incentive for overall participation or abstinence, although this would be expected to be balanced between treatment groups.”

The study was funded by the NCI and Pfizer.

Goldstein and co-authors disclosed no relationships relevant to the contents of this paper. Prevalence of Apnea High in Individuals With Resistant HTN High-Deductible Health Plans May Be Harmful for Patients With COPD