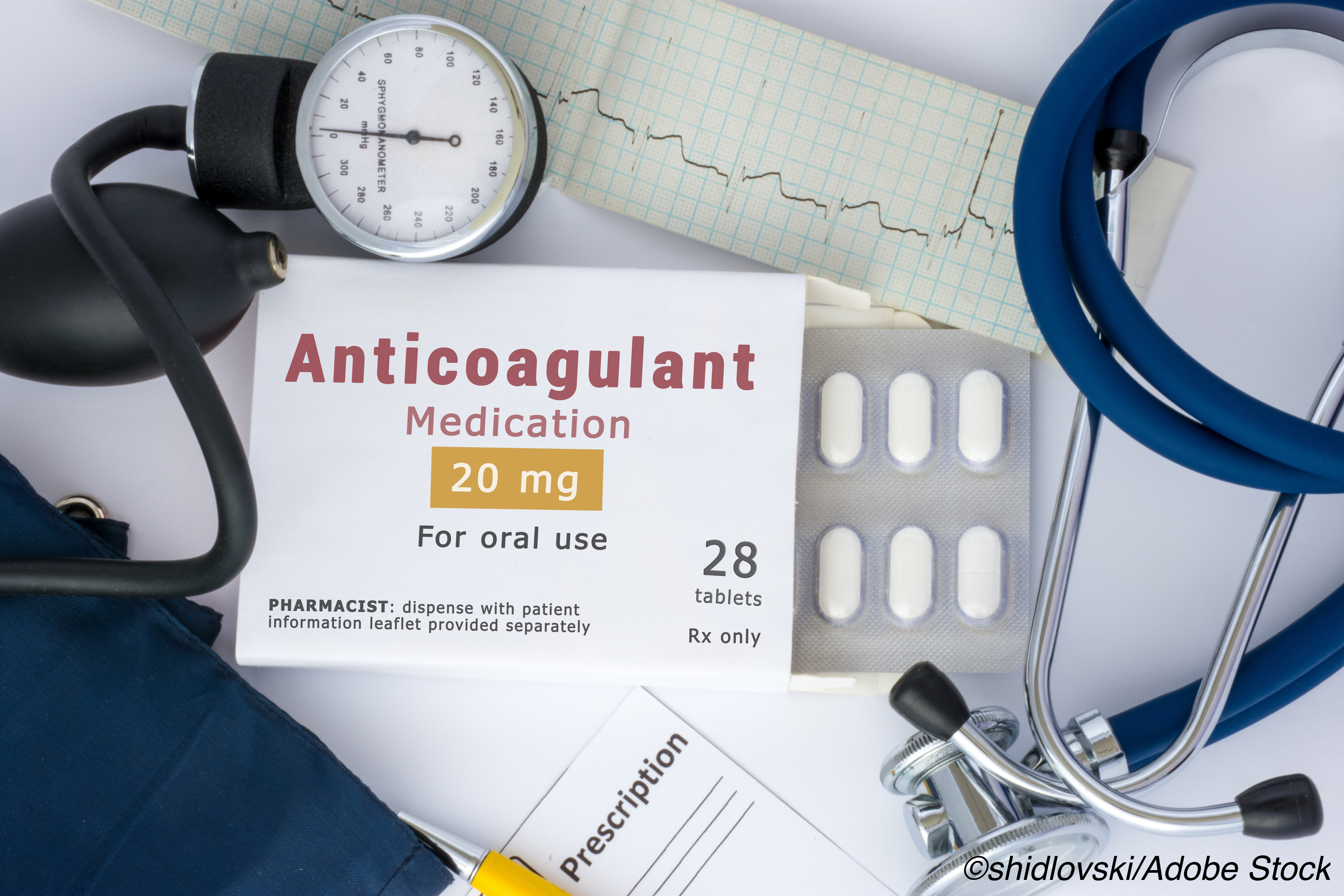 The age, biomarkers, and clinical history (ABC)-bleeding risk score identified different risks of major bleeding in patients with atrial fibrillation (Afib) when combining aspirin with oral anticoagulation, a post-hoc analysis of patients from the ARISTOTLE and RE-LY trials found.

“These findings suggest that the ABC-bleeding risk score may be a useful tool for decision support concerning intensity and duration of combination antithrombotic treatment in patients with Afib and coronary artery disease to improve the risk-benefit balance with different antithrombotic strategies,” they wrote in JAMA Network Open.

The ABC score incorporates age, history of bleeding, and biomarkers (hemoglobin, troponin T, and growth differentiation factor-15) to derive a score used in estimating risk of a major bleed within 1 year. The score previously was developed and validated using patients from the ARISTOTLE and RE-LY trials.

In the present study, researchers again used ARISTOTLE and RE-LY data, looking at data on 24,349 patients with Afib taking an oral anticoagulant and comparing those who were and were not also taking aspirin.

“We believe that the ABC-bleeding risk score shows promise as an improved and validated assessment of bleeding that expands the clinician’s repertoire to guide decisions where overlap of indications and competing risks can be complex,” wrote Celina Yong, MD, MBA, MSc, of Stanford University in Palo Alto, and John Bittl, MD, of Advent Health in Ocala, Florida, in an accompanying editorial.

“The next step would be an independent validation of the ABC-bleeding risk score in a similar cohort of patients, as well as a prospective assessment of the score in higher-risk patients with a recent acute coronary syndrome,” they continued.

The majority of patients studied in these trials were in the low-risk category, they noted.

“We propose that the ABC-bleeding risk score performs best in cases when bleeding risk is low but there is concern about continuing aspirin,” the editorialists said. “When faced with a patient who needs anticoagulation for atrial fibrillation and also has a preexisting indication for aspirin, a clinician may be reassured by a low ABC-bleeding risk score to safely continue dual antithrombotic therapy with aspirin and an anticoagulant, at least for 2 years.”

A 2020 study examined the separate ABC-stroke and ABC-bleeding scales with respect to specificity and found that the identified risk also predicts myocardial infarction, heart failure, and all cause deaths, concluding that “this is consistent with nonspecificity of biomarkers that predict ’sick’ patients or poor prognosis overall.”

In the present work, Hijazi looked at participants of ARISTOTLE (n=14,918, median follow-up 1.8 years, mean age 70, and 35.6% women) where aspirin tracked as a continuous variable through followup, and RE-LY (n= 9,369, median followup 2.0 years, mean age 72, and 36.4% women), where patients were assumed to be taking aspirin if they reported aspirin use at any time during followup.

Major bleeding was as defined in the study by the International Society on Thrombosis and Hemostasis.

The fitted model relating scores and risk was used to estimate the absolute increase in bleeding risk for two examples of low (0.5%) and high (3.0%) ABC-bleeding risks without aspirin. “These examples were chosen because there are no established cutoffs for low or high annual major bleeding risks in patients with Afib; previously, risks below 1% and above 2% have been indicated, although not established,” Hijazi and colleagues noted.

“It is important to note that aspirin was prescribed in both the ARISTOTLE and RE-LY trials by choice, not by chance,” the editorialists observed.

“Without randomization, the patients taking aspirin (30% of patients in ARISTOTLE and 20% of patients in RE-LY) were likely to garner benefits outweighing risks of concomitant aspirin therapy,” they added. “If these patients received aspirin specifically because their bleeding risk was low, it is difficult to know whether the risk stratification generated from the ABC-bleeding risk score can apply to other patients in whom similar individual pre-assessments have not yet been made.”

Limitations include non-randomized aspirin therapy, which may contribute indication bias. “A prospective evaluation of the risk score such as the ongoing ABC-AF study is desirable to fully assess the clinical usefulness of the ABC-bleeding score,” the authors said. Next generation sequencing in the diagnosis of non-cirrhotic splanchnic vein thrombosis.

A Different Strategy to Help Prevent VTE in Trauma Patients