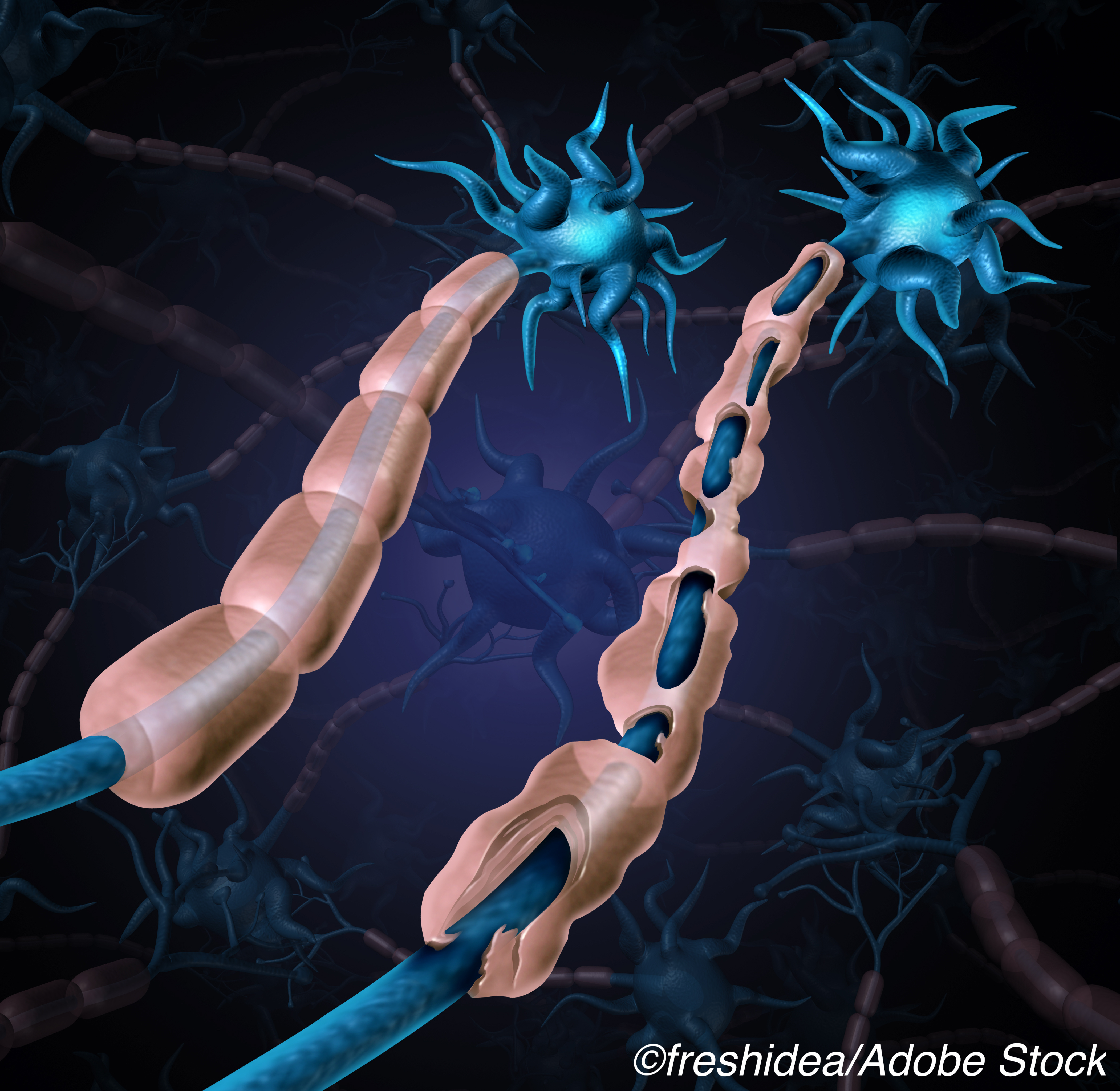 The overall median ARR on these four treatments was 0.3, they wrote in Neurology. Some patients were treated with more than one agent. Patients treated with multiple sclerosis (MS) disease-modifying agents (n=9, including interferon beta, glatiramer acetate, and fingolimod) all had a breakthrough relapse on treatment (ARR 1.5).

In an accompanying editorial, Patrick Waters, PhD, FRCPath, and Jacqueline Palace, FRCP, DM, both of University of Oxford in England, wrote that the “the study by Chen et al. supports the use of maintenance IVIG in those who fail first-line therapies. This study adds to the discordant literature on treatment of patients with MOG antibodies and highlights a paucity of evidence to guide clinical decisions.”

It also adds to “a small body of literature with conflicting data on the utility of different immunotherapies to prevent relapses in MOG antibody–positive patients,” they continued. “Some studies favor steroids, azathioprine, mycophenolate, IVIG, or rituximab, while others advise caution with steroids (in children) or rituximab. Varied follow-up times and indication bias in the different treatment arms of these studies may have influenced outcomes.”

MOG antibodies are seen in both health and disease states and may cause monophasic or relapsing disorders associated with demyelination. MOG-associated symptoms may present differently in different age groups. Acute disseminating encephalomyelitis (ADEM) is most common in children under 11, though up to half in that age group with ADEM may not have MOG antibodies. In more extensive syndromes — ADEM with transverse myelitis or optic neuritis, for example — MOG positivity and relapse are more common. In older children and adults, optic neuritis is the more common presentation. These sources of variability make treatment choice, as well as clinical trial evaluation, complex.

Chen and colleagues studied 70 symptomatic, relapsing MOG-positive patients (59% female) who had been treated for 6 or more months with one or more immune-modulating drugs including IVIG, mycophenolate mofetil, rituximab, azathioprine, interferon beta, glatiramer acetate, and fingolimod. They included 47 adults (18 or older) and 23 children (younger than 18) seen at the Mayo Clinic between January 2001 and April 2019, or elsewhere between 2016 and 2019. No patient had aquaporin-4 (AQP4)-IgG positivity.

Relapses were defined as any new central nervous system sign or symptom lasting 24 hours and supported by clinical or radiologic findings. The median number of demyelinating attacks was 5 over a median follow-up of 4.5 years.

“The relapse rate was 20% in the 10 patients treated with IVIG compared with 63% in the 78 patients treated with the other non-MS therapies,” the editorialists observed. “The IVIG group contained the greatest proportion of children. This observation, along with the results of a previous pediatric study, suggests that adults and children may need to be treated differently.”

“Randomized controlled treatment trials are needed, but age-related differences in presentation, relapse rates, and outcomes need to be considered,” they added. “In their absence, propensity-matched observational studies in larger populations would be informative, particularly when one considers the worldwide shortage of IVIG and its substantial cost.”

Limitations of the study include its retrospective design, variable periods of follow-up, and non-randomized treatment selection. Some patients received more than one treatment. The study cohort also was largely from tertiary care centers and may not be generalizable to other, possibly less severely affected, populations. “Conclusions drawn from this study about the efficacy of immunotherapy apply best to MOG IgG–positive patients with recurrent disease,” the authors noted.

Waters and the University of Oxford are named inventors on patents for antibody assays and have received royalties. He has received honoraria or research funding from Alexion, Biogen Idec, Mereo Biopharma, Retrogenix, UBC, and Euroimmun AG and travel grants from the Guthy-Jackson Charitable Foundation.