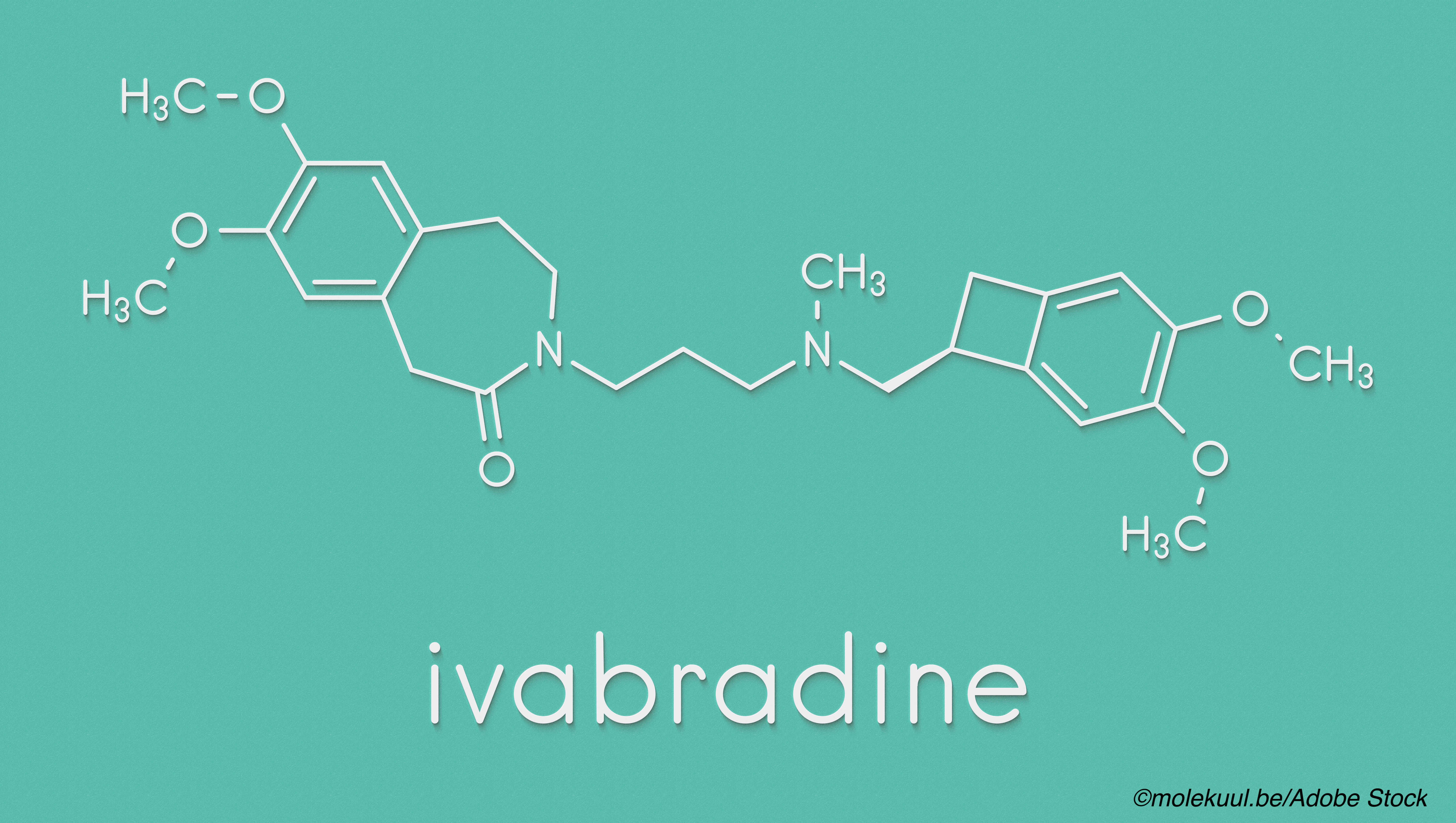 In patients with hyperadrenergic postural orthostatic tachycardia syndrome (POTS), one month of treatment with ivabradine brought about significant improvements in several parameters, including heart rate, quality of life (QOL), and plasma norepinephrine (NE) levels, according to results from a recent study published in the Journal of the American College of Cardiology.

A diagnosis of POTS includes symptoms upon standing such as lightheadedness, heart rate increase of ≥30 beats/min upon postural change from recumbent to upright within 10 minutes of standing, and the absence of orthostatic hypotension.

For example, heart rate can increase by up to 30 beats/min in these patients when standing up from a supine position, and this can be accompanied by lightheadedness, palpitations, headaches, dyspnea, and near-syncope. These symptoms can take a great toll on patients, explained Taub and colleagues.

“This positional elevation in heart rate causes extreme fatigue and weakness, which impairs their ability to remain upright and perform daily tasks. Ultimately, this reduces a patient’s functional status and QOL. These symptoms may improve when patients return to a recumbent position. Unfortunately, many patients become bedridden due to the limited efficacy of current therapies,” they wrote.

Currently, there are no recommended treatments for POTS, although beta-blocker therapy has been used to reduce orthostatic tachycardia. Ivabradine is FDA approved for patients with systolic heart failure and is a selective blocker of the Ifunny channel of the sinoatrial node. As such, ivabradine is capable of lowering heart rate without affecting blood pressures.

In their randomized, double-blind, placebo-controlled, cross-over study, Taub and colleagues assessed the effects of one month of treatment with ivabradine in 22 patients (mean age: 33.9 years; 95.5% women; 86.4% White) with hyperadrenergic POTS.

The hyperadrenergic subtype of POTS typically causes an abnormal activation of the body’s sympathetic nervous system, which places the body in a never-ending “flight or fight” cycle. In these patients, NE levels are significantly elevated compared with healthy patients. Patients were recruited from cardiology clinics and had been diagnosed with hyperadrenergic POTS as defined by a baseline standing NE >600 pg/ml and heart rate increase of more than 30 beats/min as confirmed on head-up tilt testing.

Patients were treated with either ivabradine or placebo for 1 month, followed by a one-week washout period, after which they were crossed over to other treatment. After 1 month of treatment with ivabradine (initiated at a dose of 5 mg bid), patients had significant reductions in heart rate compared with placebo (P ˂ 0.001). Taub and colleagues also found that the typical positional heart surges when patients went from supine to standing were significantly blunted by ivabradine (P=0.001).

No patients had symptomatic bradycardia, clinically significant hypotension, and no significant changes in systolic or diastolic BPs during treatment with ivabradine.

Researchers also observed significant improvements in QOL as assessed with the RAND 36-item Health Survey 1.0 for physical functioning in patients treated with ivabradine (P=0.008), as well as in social functioning (P=0.021).

In an accompanying editorial, Satish R. Raj, MSCI, of the University of Calfary, Calgary, Alberta, Canada, and Robert S. Sheldon, MD, PhD, of Vanderbilt University Medical Center, Nashville, TN, hailed the research as “a timely and important study addressing a highly symptomatic population…” They noted, however, that the inclusion of only hyperadrenergic patients limits the application of this evidence to other subpopulations of POTS, and touched on some other limitations to consider when interpreting these results from Taub and colleagues.

“As well, the apparent effects of ivabradine on the sympathetic response to orthostatic stress may simply be a sampling error, and unquestionably deserves further study. Similarly, the standing heart rate in the placebo phase was only 94 beats/min, suggesting that these patients may be affected only mildly by their POTS. Technically, most did not have POTS during the study. This raises the worrisome concern that the efficacy of ivabradine has not truly been assessed in patients with active POTS. As well, the study does not provide direct evidence that serum catecholamine levels can be used to select patients who might respond to ivabradine, because the converse control study of patients with normal catecholamine was not reported,” they wrote.

Other limitations of this study include its small sample size and short duration, and the possible unblinding of patients after crossover.

“Nonetheless, Taub et al. have provided evidence that ivabradine is better than placebo for the treatment of patients with POTS,” wrote Raj and Sheldon.

“Taub et al. are to be complimented for conducting this important study. This study will likely be cited in the next iteration of POTS scientific statements. Let us hope that this is just the beginning of a new era of rigorous, controlled, and at least modestly long clinical trials that provide high-quality evidence to guide the management of patients with POTS,” they concluded.

This study was supported by Amgen.

Taub has served as a consultant for Amgen, Bayer, Esperion, Boehringer Ingelheim, Novo Nordisk, and Sanofi; and is a shareholder in Epirium Bio; and has received grants from the National Institutes of Health, the American Heart Association, and the Department of Homeland Security.

Sheldon has received a research grant from Dysautonomia International for a clinical trial assessing ivabradine and propranolol for the treatment of POTS.