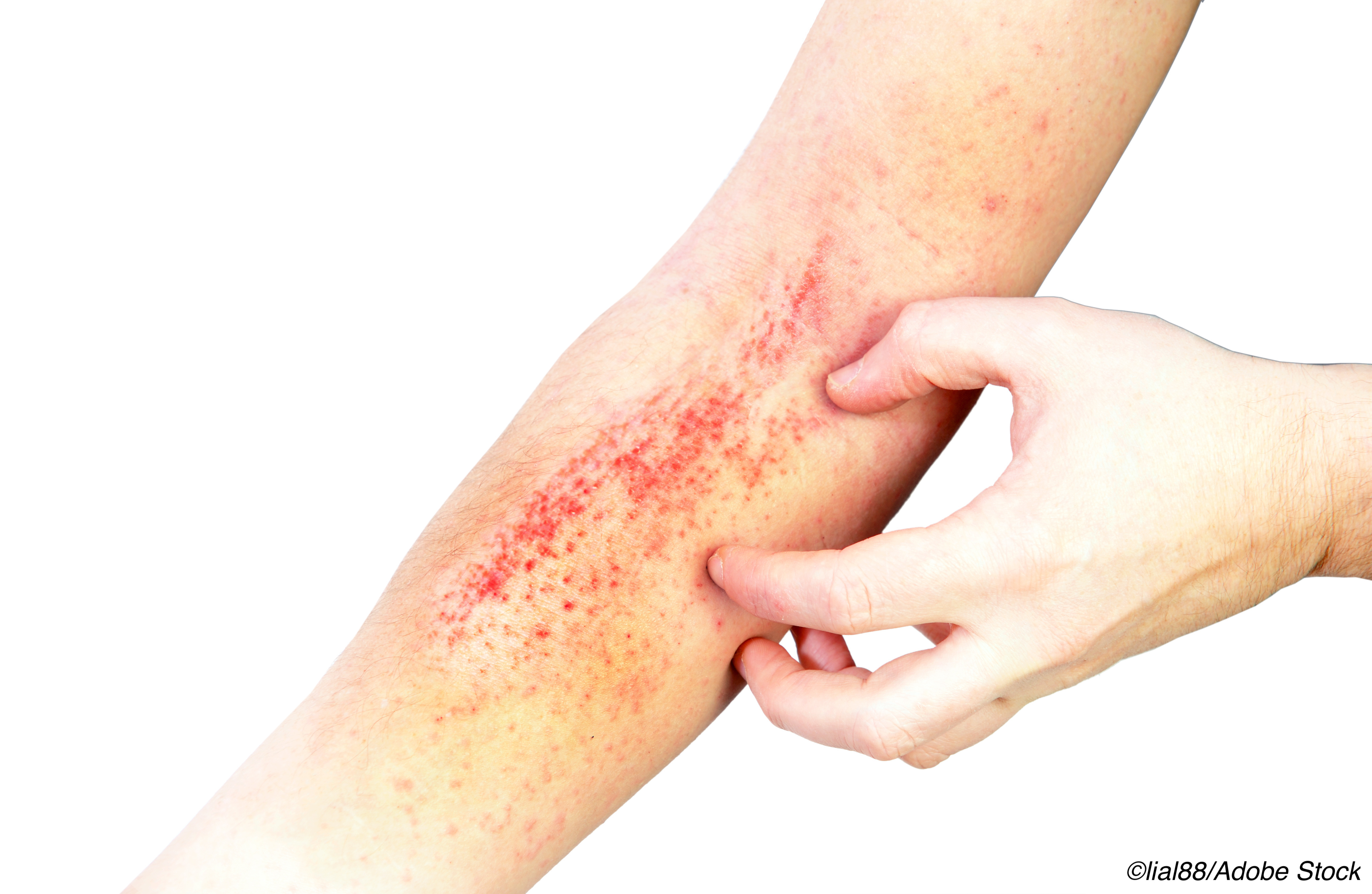 Whether used alone or combined with corticosteroids, upadacitinib shows promise for atopic dermatitis

Treatment with upadacitinib in patients with moderate-to-severe atopic dermatitis (AD) was safe, effective, and well tolerated in doses of 15- and 30-mg, and effective when used as monotherapy as well as in combination with topical corticosteroids, according to results from two replicate 16-week monotherapy studies (Measure Up 1 and Measure Up 2) and a combination trial (AD Up) published in The Lancet.

Treatment with both doses of upadacitinib brought about significant improvements in skin clearance and significant reductions in itch in adults and adolescents with moderate-to-severe atopic dermatitis compared with placebo. Results were similar when upadacitinib was used concomitantly with topical corticosteroids.

Upadacitinib is an oral Janus kinase (JAK) inhibitor approved for the treatment of rheumatoid arthritis. Based on earlier results from the Measure Up 1, Measure Up 2, and AD Up studies, AbbVie—the manufacturer of upadacitinib—submitted regulatory applications to the FDA in October 2020 for upadacitinib as a potential treatment for AD.

In the replicate, multicenter, randomized, double-blind, placebo-controlled, phase III Measure Up 1 and Measure Up 2 studies, researchers randomized adolescents aged 12 to 17 years and adults with moderate-to-severe atopic dermatitis to treatment with upadacitinib (15 mg), upadacitinib (30 mg), or placebo once daily for 16 weeks.

The Measure Up 1 study included 847 patients, while the Measure Up 2 study, 836 patients. At week 16, the coprimary endpoints—patients who achieved at least 75% improvement in Eczema Area Severity Index (EASI-75) scores from baseline and patients who achieved a validated Investigator’s Global Assessment for Atopic Dermatitis (vIGA-AD) response of 0/1 (clear/almost clear) with two or more decreases in grade from baseline—were met in both studies (all P˂0.0001).

In the AD Up trial, researchers led by Kristian Reich, MD, of University Medical Center Hamburg-Eppendorf, Germany, studied the efficacy and safety of upadacitinib combined with topical corticosteroids compared with placebo in patients with moderate-to-severe AD.

They randomized 901 patients to upadacitinib (15 mg), upadacitinib (30 mg), or placebo once daily, all given in combination with topical corticosteroids for 16 weeks.

No deaths occurred, and no new safety issues were raised. Among the newer options for the treatment of AD, the JAK inhibitors have several advantages, wrote Jacob P. Thyssen, MD, PhD, DMSci, and Simon F. Thomsen, MD, PhD, of Bispebjerg Hospital, University of Copenhagen, Denmark, in an accompanying editorial. Their rapid onset of action and strong itch reducing properties make them particularly attractive, especially for patients in acute crisis. Disadvantages include the increased risk of serious infection, non-melanoma skin cancer, and thromboembolism, as well as the need for continuous blood monitoring.

“The efficacy of upadacitinib suggests that clinicians might soon be able to offer patients with atopic dermatitis an oral treatment solution with little or no need for concomitant administration of topical corticosteroids. However, more information is needed about how to best use upadacitinib and other new systemic drugs in AD,” concluded Thyssen and Thomsen.

Limitations of the Measure Up 1 and Measure Up 2 studies—the largest studies of upadacitinib monotherapy for AD—include its short-term results, the predominance of white patients, and that it assessed upadacitinib as monotherapy.

Limitations of the AD Up study include the lack of specific data on topical corticosteroid use, the short 16-week duration of the double-blind treatment period, and the underrepresentation of Black and Asian patients.

The Measure Up 1, Measure Up 2, and AD Up studies were funded by AbbVie.