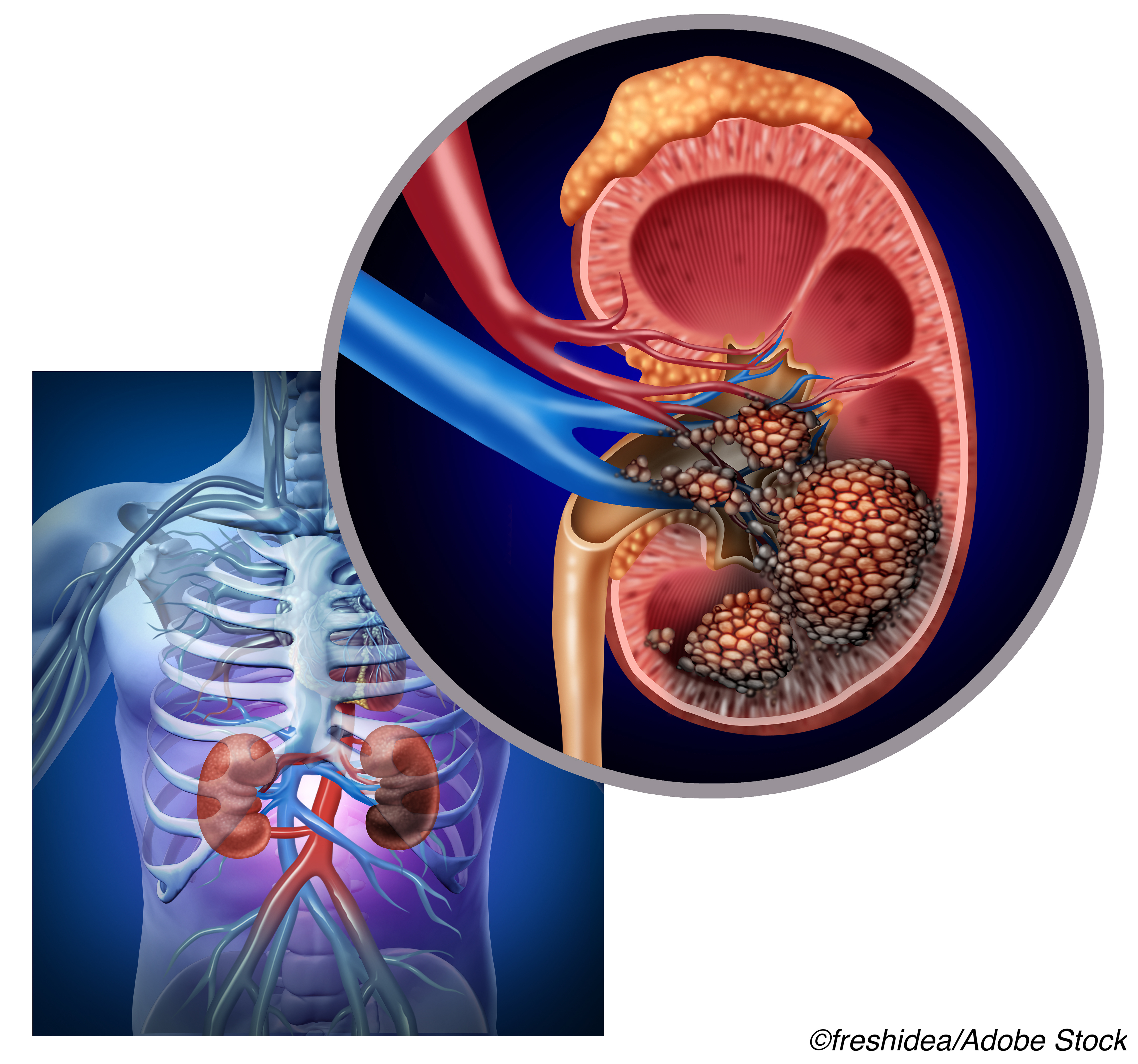 Pembrolizumab plus axitinib is superior to sunitinib for the treatment of patients with treatment-naïve, advanced renal cell carcinoma (RCC), according to the most recent exploratory analysis of data from the KEYNOTE-426 study.

The phase III KEYNOTE-426 study is an ongoing, randomized, open-label trial in 861 adults with treatment-naïve, advanced RCC from 129 sites in 16 countries. Patients were randomized to treatment with intravenous pembrolizumab (200 mg every 3 weeks for up to 35 cycles) plus axitinib (5 mg orally twice daily) or sunitinib monotherapy (50 mg orally once daily for 4 weeks per 6-week cycle).

Initial results showed that the combination of pembrolizumab—an anti-PD-1 antibody—plus axitinib—VEGFR inhibitor—was superior in efficacy to sunitinib monotherapy in patients with advanced RCC who were treatment-naïve.

Powles and colleagues have now published results from their recent exploratory analysis of KEYNOTE-426, with extended follow-up, in The Lancet Oncology. For this latest analysis, they assessed the long-term efficacy and safety of pembrolizumab plus axitinib compared with monotherapy with sunitinib in patients with advanced RCC.

After a median follow-up of 30.6 months, Powles et al observed a continued clinical benefit in the following primary endpoints in patients treated with pembrolizumab plus axitinib compared with sunitinib:

There were no new treatment-related deaths since the first interim analysis.

In their accompanying editorial, Giuseppe Procopio, MD, and colleagues from the Fondazione IRCCS Istituto Nazionale dei Tumori, Milan, Italy, stressed the importance of immunotherapy in the treatment of RCC.

They hail results from this latest analysis of the KEYNOTE-426 study from Powles and colleagues as a “milestone,” especially for the robustness of data showing enhanced overall survival, progression-free survival, and objective response rates.

“[D]ata from the KEYNOTE-426 study must be read and interpreted together with the existing published literature, and in particular with the CheckMate 214 trial (nivolumab plus ipilimumab versus sunitinib), the JAVELIN Renal 101 trial (avelumab plus axitinib versus sunitinib), and the IMmotion151 trial (atezolizumab plus bevacizumab versus sunitinib). Given the impossibility of making direct comparisons between the different combinations, clinical experience and confidence with one combination over another is the best way for oncologists to choose between these therapeutic options according to evidence-based recommendations,” they concluded.

Study limitations include the possible effects of the well-publicized interim results of KEYNOTE-426, inadequate powering for subgroup analysis, limited depth of response analysis, and the unavailability of data to estimate the durability of benefit after treatment cessation.

Mitochondrial functional and structural impairment is involved in the antitumor activity of δ-tocotrienol in prostate cancer cells.