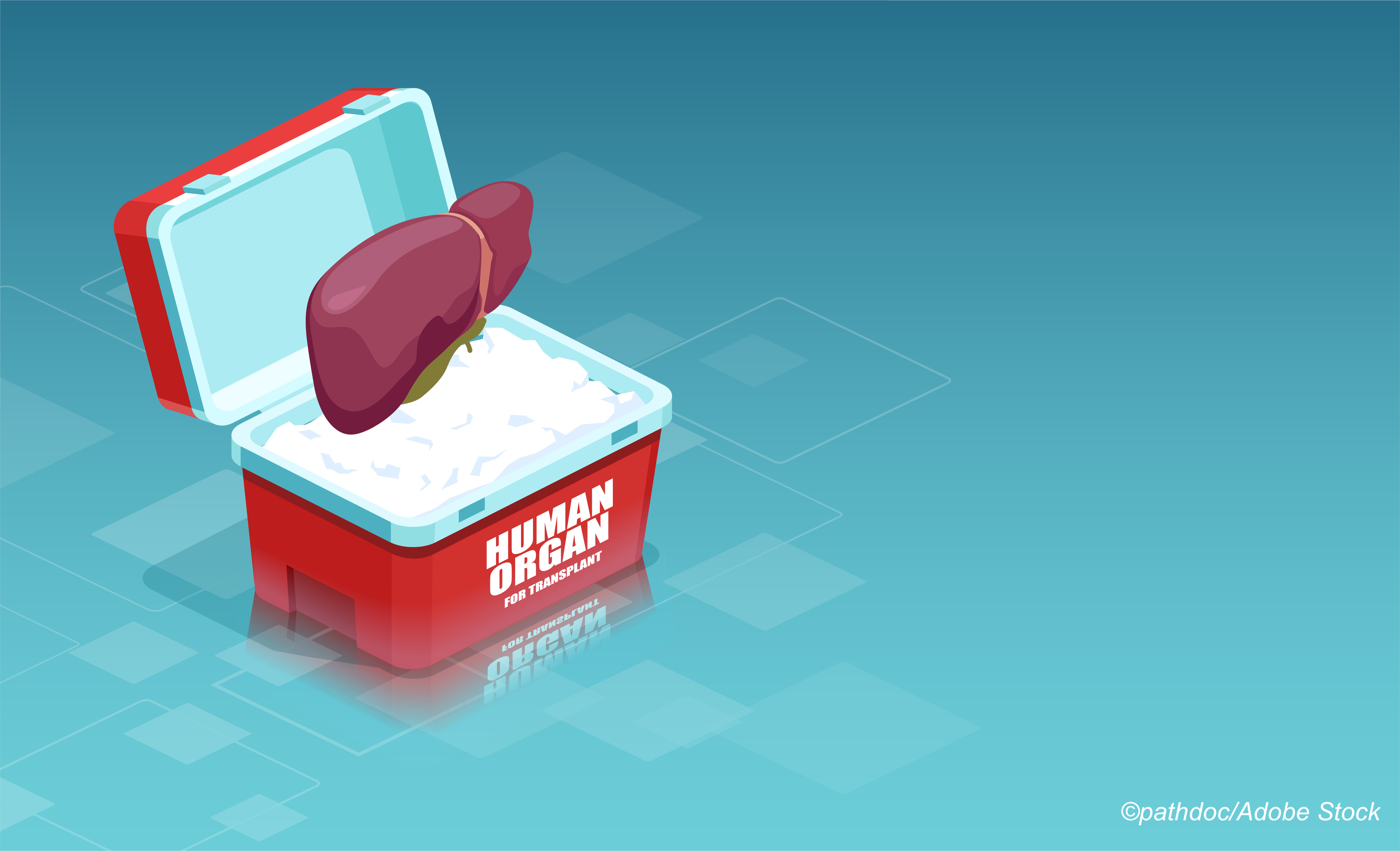 The newly implemented liver allocation acuity circles (AC) policy may have leveled the playing field for organ acquisition and distribution, but it led to double- and triple-digit increases in costs across the board, researchers reported.

In a single-center study with 213 donors, the mean total costs of liver acquisition increased 16% per accepted donor and 55% per declined donor, according to Anji E. Wall, MD, PhD, of Baylor University Medical Center in Dallas, and co-authors.

They reported more than two-fold increases for the following pre- and post-AC, respectively:

“The most striking change in organ procurement characteristics found in this study is a 45% increase in import livers in the post-AC period,” they wrote in JAMA Surgery, noting that the two organ procedure organizations (OPOs) that serve their transplant centers tack on an export surcharge of $5,000 to $6,000 to the organ acquisition fee for organs that cross donation service area boundaries (DSA).

That touches on one of the important take-home messages from the study, according to an accompanying invited commentary. “[O]rgan procurement organization charges are unregulated,” explained Seth J. Karp, MD, of Vanderbilt University Medical Center in Nashville, Tenn., “Fees vary widely within the same city. There are curiously high charges for fly outs or when organ procurement organizations cross state boundaries or import organs. What is clear is that these fees are borne by the government as a passthrough to Medicare or by a transplant center, which is generally not able to renegotiate insurance contracts.”

That’s been one of the many sticking points with the policy designed and implemented by the the Organ Procurement and Transplantation Network (OPTN) and United Network for Organ Sharing (UNOS). According to those groups, the intent of the policy change is to reduce pre-transplant deaths, increase pediatric transplantation, and reduce geographic variation in medical urgency scores at the time of transplant.

The AC policy was implemented on Feb. 4, 2020, replacing the DSA and regional boundaries previously used in liver and intestinal organ distribution, with a system based on distance between donor hospital and transplant hospital. The policy was the subject of a lawsuit brought by several states that benefited from the DSA model, but those plaintiffs’ request for a preliminary injunction against AC was denied in January 2020, and the policy put in place.

Yet “acuity circles cost has not been meaningfully modeled by the United Network for Organ Sharing, and cost overall has not been part of the national discussion,” Karp pointed out.

That seems to be changing as two members of the House of Representatives launched an investigation into OPOs in December 2020. “OPOs recuperate costs by receiving reimbursements from CMS and per-organ fees from transplant centers, which are ultimately passed on to Medicare and other payors,” according to a House Committee on Oversight and Reform press release. House members also took OPOs to task for “reports of gross mismanagement,” “reports of serious lapses in quality control,” and “reports of financial impropriety,” the release stated.

In May 2021, lawmakers warned OPOs that they may face tighter regulations if they did not clear up waste and mismanagement in their ranks, and six transplant donor groups broke away from the Association of Organ Procurement Organizations (AOPO), with Matthew Wadsworth, CEO of Life Connection of Ohio, telling Healio Nephrology that his group “didn’t feel it was right to spend taxpayer dollars on lobbying efforts [by AOPO] against increased accountability and transparency.”

Karp noted that “providing transparency and consistency around organ procurement organizations charges could mitigate the financial impact of broader sharing.” He co-authored a 6-month report on the policy, along with David Goldberg, MD, of the University of Miami, who has expressed serious concerns about AC.

The drawbacks to AC policy were a projected increase in organ travel time (approximately 12 minutes), percentage of organs flown (from 54.1% to 71.4%), and a “manageable increase” in costs associated with flight fees.

Early analysis of AC policy post-implementation, found similar differences in both DSA and center-level variance of median MELD score at transplant after AC allocation, contrary to OPTN and UNOS predictions.

“However, as predicted, the percentage of procurements with a flight-consistent distance substantially increased, and 90 of 112 liver transplant centers in the U.S. saw an increase in the number of flight-consistent distance procurements, suggesting that most centers have also experienced an increase in the transportation costs associated with liver acquisition,” the authors observed.

They analyzed the four primary fees associated with a liver transplant procedure (organ acquisition fees, import fees, surgeon procurement fees for the donor organ, and charter flight fees) prior to and after the implementation of AC policy at their facility.

They noted that each donor OPO sets its own acquisition fee which can include any of the following expenses: costs of organs acquired from other surgeons, costs of transportation, surgeon fees, tissue typing, preservation and perfusion costs, and care services and operating room costs.

While this was a single-center study, and the time frame following the AC policy change coincided with the start of the pandemic, which could have impacted the location and availability of donors, Wall and co-authors stressed that there “is an urgent need to standardize and regulate the charges associated with organ acquisition to maintain the financial viability of transplant programs. We believe that action to curb the growing cost of liver acquisition is both essential and urgent, requires the involvement of all interested parties, and cannot be ignored just because it is complicated.”

From a clinical perspective, the AC policy seems to have produced lukewarm results. A recent study by Andrew Wey, PhD, of the Hennepin Healthcare Research Institute in Minneapolis, and co-authors looked at adjusted deceased donor transplant and offer rates across pediatric and adult models for end-stage liver disease. They found that pediatric MELD 29 to 34 and non-exception candidates had better access to transplant after AC, and donor quality did not notably change beyond the proportion of donation after circulatory death donors.

And Shunji Nagai, MD, of Henry Ford Hospital in Detroit, and co-authors reported that the “proportion of patients who underwent transplant with exception points was lower post-AC both in adult…and pediatric recipients…A lower transplant probability observed in adults listed for MVT [multivisceral transplantation] may ultimately result in increased waitlist mortality. Efforts should be taken to ensure equitable organ allocation in this vulnerable patient population.”

In an AJT Report historical review of the liver allocation issue, Lara C. Pullen, PhD, noted that the AC plan itself was born of turmoil, specifically a 2018 lawsuit (Karp’s Vanderbilt University was one of the plantiffs in the lawsuit) that claimed the liver distribution policy at that time “violated the National Organ Transplant Act passed by the U.S. Congress in 1984, which requires a ’nationwide distribution of organs equitably among transplant patients.’”

But whether the AC policy actually achieves that is still a matter of debate, with varying emphasis among disagreeing factions about what should be the driving factor for liver allocation—the organ waitlist or the “inclusion of equity in relation to socioeconomic factors,” according to Pullen’s review. Other criticisms of the AC policy focus on the argument that the MELD score is a “flawed metric” that is being used to compare patients across U.S. regions, and the higher chance for “discards” if organs must be flown longer distances.

Wall and co-authors reported no relationships relevant to the contents of this paper to disclose.

Karp reported serving as a former UNOS board member.