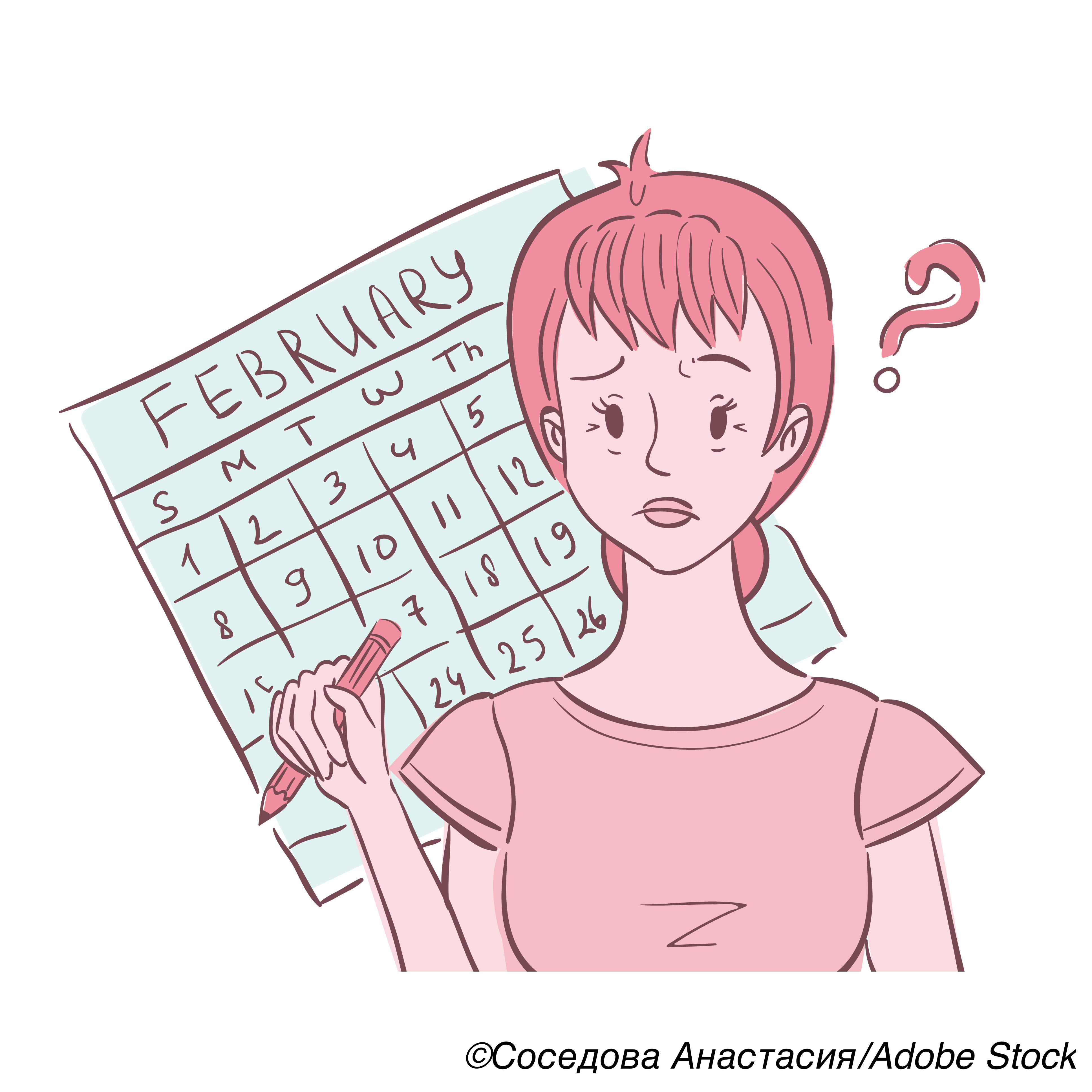 Irregular and longer menstrual cycles during adolescence and adulthood may be associated with a greater risk of premature death before the age of 70 years, with stronger associations between early mortality and cardiovascular disease (CVD), and smoking, according to a recent analysis of data from the long-running Nurses’ Health Study II, which ran from 1993-2017. Results are published in The BMJ.

In their prospective cohort study, Wang and colleagues used data from the Nurses’ Health Study II—conducted from 1993-2107—from 79,505 premenopausal women (mean age: 37.7 years) with no history of CVD, cancer, or diabetes who were followed for 24 years. Participants reported the usual length and regularity of their menstrual cycles during three life periods: ages 14-17 years, 18-22 years, and 29-46 years.

Wang and colleagues found that women who had irregular menstrual cycles had higher mortality rates during follow-up and for all three age spans compared with those who reported very regular cycles.

These most recent results from Wang and colleagues support those from previous studies.

“Irregular ovarian function is not healthy for women and is associated with early death. This is consistent with other studies linking shorter reproductive lifespan and premature/early menopause to adverse health outcomes and earlier mortality,” said Stephanie S. Faubion, MD, MBA, FACP, NCMP, IF, who is Director of the Mayo Clinic Center for Women’s Health, Jacksonville, FL, and Medical Director of The North American Menopause Society.

Faubion also noted that the study has some limitations.

“Some limitations that the authors mention [are] that cycle regularity relied on the participant’s interpretation of ’irregular’ and might result in some misclassification and about one-fourth of participants didn’t fully report their menstrual cycle characteristics across the entire reproductive lifespan, potentially introducing selection bias. There could be residual confounding (other unreported or unknown factors could have influenced these results),” she told BreakingMED.

Another limitation is the study’s observational nature. Nevertheless, its strengths include a large cohort, the high follow-up rate over many years, and the inclusion of data on menstrual cycles from three different time points in participants’ reproductive lifespan.

According to Faubion, the take-home message is clear:

“Clinicians need to include menstrual cycle characteristics throughout the reproductive years as part of their general health assessment. Lifestyle measures may be helpful to help mitigate risk (e.g., weight loss, exercise),” she concluded.

This study was supported by the National Institutes of Health (NIH).

Wang received support from the NIH.