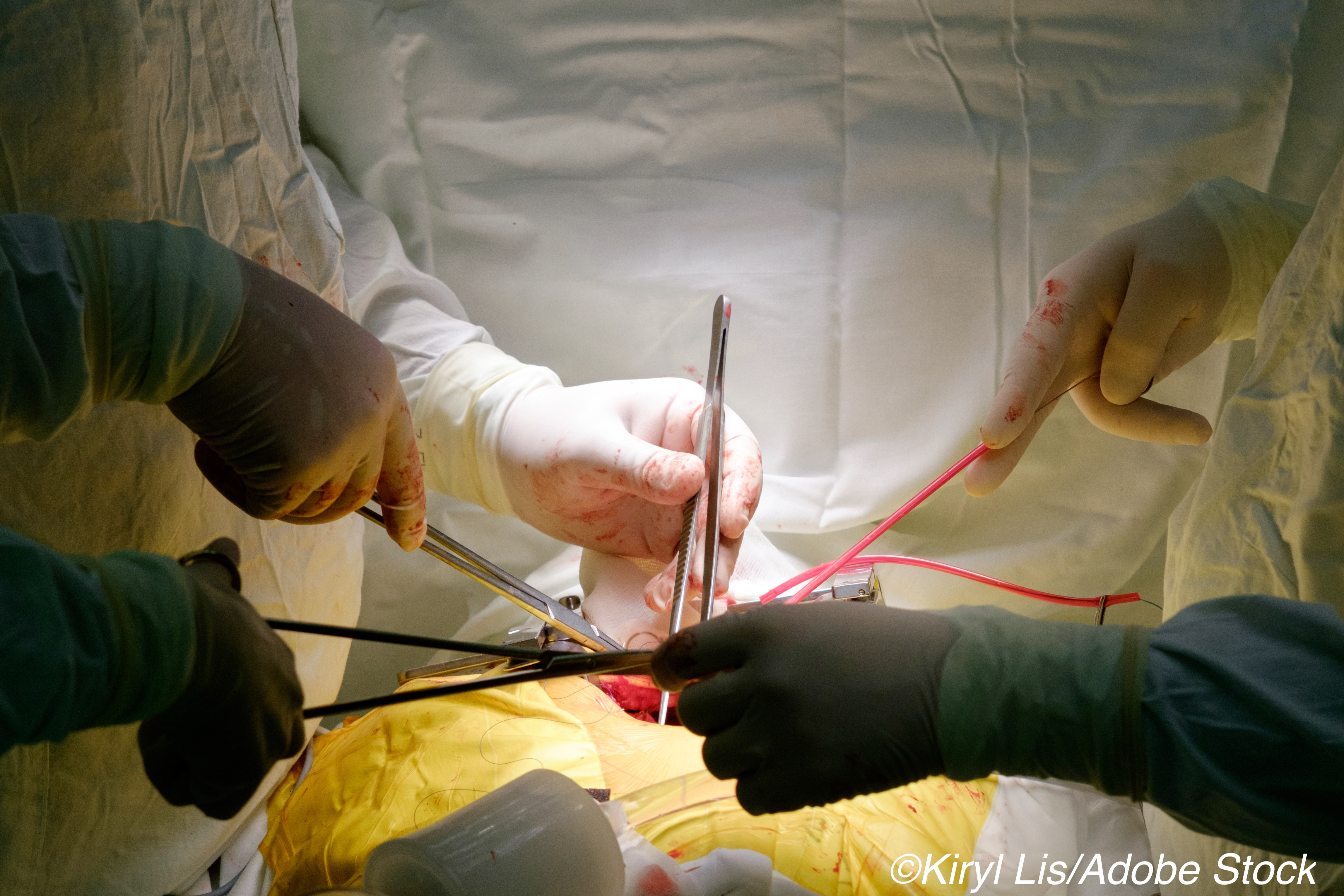 But is the mortality reduction at 10 years enough to change practice?

In coronary artery bypass grafting (CABG), radial artery graft was tied to a lower risk of cardiovascular outcomes versus saphenous vein graft, researchers reported, but the results are “hypothesis-generating, not definitive,” according to other CV experts.

In a multinational, patient-level pooled analysis with a decade median follow-up, the use of the radial artery, compared with the saphenous vein, in CABG was associated with a statistically significant reduction in the incidence of the composite outcome of death, myocardial infarction (MI), or repeat revascularization at 220 versus 237 total events, respectively, and 41 versus 47 events/1,000 patient-years (hazard ratio 0.73, 95% CI 0.61 to 0.88, P<0.001), according to Maurio Gaudino, MD, of Weill Cornell Medicine in New York City, and co-authors.

“However repeat revascularization does not carry the same importance as irrevocable cardiovascular events, such as death or myocardial infarction, so the narrower composite, which includes only 308 of these events, is potentially more informative,” they stated.

Nissen and Bakeen added that analyses of the components of the composite outcome were not prespecified, so “the reported reduction in mortality…is considered a post hoc finding and hypothesis-generating, not definitive.”

They acknowledged that the current analysis bested the 5-year one for statistical power and the use of patient-level data, but also had multiple limitations, such as less-reliable phone-based follow-up and greater loss to follow-up in the saphenous venous graft group.

Still, Nissen and Bakeen argued that “Meta-analyses are always considered less definitive sources of evidence” compared with high quality RCTs, such as the on-going ROMA trial testing the multiple arterial graft hypothesis, including an effect on mortality, in over 4,000 patients.

Until then, the current data “represents the best available long-term data on the potential value of using the radial artery as a bypass conduit,” they stated.

A total of 942 patients (90.9%) from the original cohort completed 10 years of follow-up (n=510 in the radial artery group; n=432 in the saphenous vein group). Follow-up was conducted by telephone interview, an analysis of electronic health records, or via questionnaires sent to general practitioners, depending on the individual trial design.

The investigators noted that due to the low number of events in the initial half decade after surgery, the power of their 5-year analysis was limited.

“Because saphenous vein graft failure accelerates 5 years after surgery, it might be anticipated that any potential clinical benefit of radial artery grafting would become more evident with a longer duration of follow-up,” they wrote.

Also, the majority of the trials in RADIAL mandated angiography over the first 5 years of follow-up, so it was unclear to what extent the revascularization outcome may have been inflated due to incidental findings of asymptomatic graft failure, the researchers reported.

Study limitations included a lack of standardized outcomes definitions, a central adjudicating committee, and data source verification. Also, the surgical procedures were performed more than 10 years ago, and the operative and postoperative protocols may not reflect current practice. In addition, the trials were performed in different countries and there were differences in surgical techniques and post-operative protocols. Lastly, the size of the cohort was relatively limited, and the analysis may be underpowered for some comparisons.

The authors agreed that the ROMA trial should deliver more definitive answers, but also pointed out that their results differed from those of the ART trial, which compared single and bilateral internal mammary artery grafting in 3102 patients, and showed no statistically significant difference in survival or event-free survival at 10 years.

One potential difference between the current analysis and ART was that the latter had a 13.9% crossover rate from the bilateral to single arterial group, whereas the crossover in the current study was only 2.4%.

The project was funded by the department of cardiothoracic surgery of Weill Cornell Medicine.

Gaudino disclosed no relationships relevant to the contents of this paper to. Co-authors reported support from, and/or relevant relationships with, the Bernard S. Goldman Chair in Cardiovascular Surgery, the Bristol Biomedical Research Centre, the University of Toronto, the Canadian Institutes of Health Research, Abbott Vascular, Bayer, Scanlan, Medtronic, and the National Health and Medical Research. A co-author reported being an employee of Abbott.

Nissen and Bakaeen disclosed no relationships relevant to the contents of this paper.

A Case of Dialister pneumosintes Bacteremia-Associated Neck and Mediastinal Abscess.

Statin Adherence and Mortality in Patients With ACD