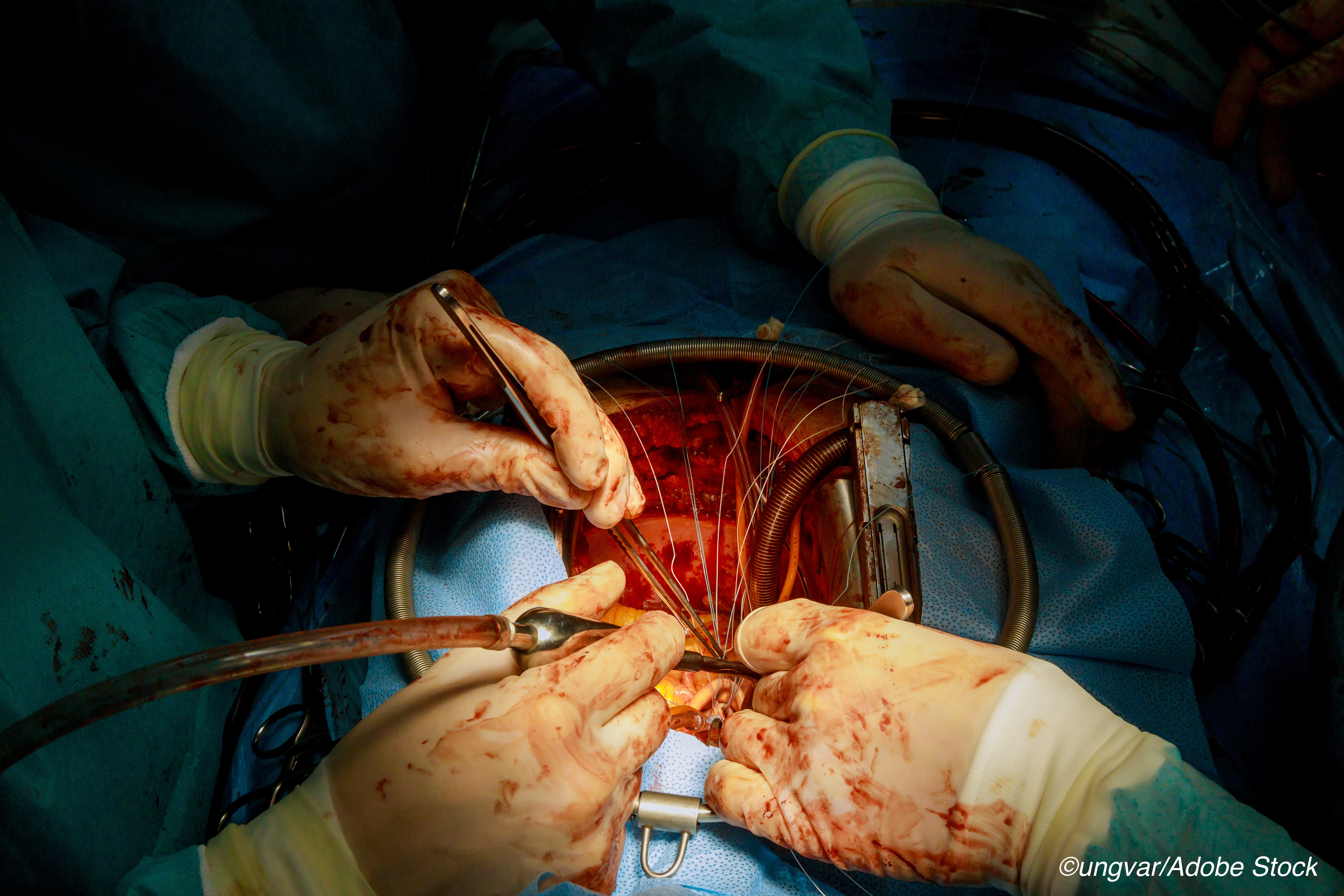 Treatment of younger and middle-aged adults requiring aortic valve replacement with the pulmonary autograph surgery known as the Ross procedure at high-volume centers was associated with excellent outcomes and long-term survival in a retrospective, multicenter study with a median of nine years of follow-up.

Survival at 10- and 15-years post-surgery was 95% and 88%, respectively, among the study participants, whose median age at recruitment was 48 years. Re-intervention a decade and a half after surgery was uncommon and valve-related events were rare, wrote researcher Jamie Romeo, MD, PhD, of Erasmus Medical Center, Rotterdam, the Netherlands, and colleagues.

The study was published online March 3 in JAMA Cardiology.

The Ross procedure is a double-valve operation using the patient’s pulmonary valve as an autograft to replace the damaged aortic valve, with pulmonary donor tissue used to reconstruct the continuity of right ventricular outflow and the pulmonary artery. It is most often performed in children, with good long-term results, and several recent studies — including a 2018 systematic review and meta-analysis — found clear benefits for the surgical procedure in selected young and middle-aged patients.

“This study shows that the Ross procedure is an operation with potentially significant value in terms of survival and quality of life in young and middle-aged adults,” Romeo and colleagues wrote.

They noted that surgical options for aortic valve replacement (AVR) in young and middle-aged adults “are limited,” with more widely used procedures having significant drawbacks in terms of long-term survival and comorbidities.

“The Ross procedure continues to be the only living-valve alternative in young and middle-aged patients with a reported survival that compares with the general population well into the second postoperative decade,” they wrote. “Despite several studies unanimously indicating superior long-term results of the Ross procedure compared with conventional AVR, it represents only a modest share of all AVR performed in young and middle-aged patients who could have been eligible.”

The researchers noted that the limited use of the Ross procedure is generally attributed to the “complexity of the procedure and concerns about increased risks of early mortality and late re-intervention.”

Their retrospective, multicenter, international cohort study was conducted at five centers where the Ross procedure is regularly performed, among consecutive patients ages 18-65 years who had the surgeries between 1991 and 2018.

“In this study, excellent short- and long-term outcomes after the Ross procedure are observed in appropriately selected patients treated in experienced centers,” Romeo and colleagues wrote, adding that “the Ross procedure should be considered in young and middle-aged adults who need AVR and can be referred to dedicated centers with expertise in this operation.”

But they also acknowledged the challenges for broader use, including “the need for more proctoring, specialized training and education, and better access to the small number of specialized centers.”

A 2014 analysis of the Society of Thoracic Surgeons Adult Cardiac Surgery database showed a 3-fold increase in operative mortality (2.7% vs 0.9%) compared to conventional mechanical AVR. The high operative mortality was attributed to use at low-volume centers.

A more recent study showed a much lower operative mortality (0.7%) with the procedure, ranging from 0.4% to 2.3%, at experienced centers, leading Romeo et al to observe that “technical complexities can thus be overcome without increased mortality given sufficient operative volumes.”

In an editor’s note published with the study, JAMA Cardiology editors Robert Bonow, MD, of Northwestern University Feinberg School of Medicine, Chicago, and Patrick O’Gara, MD, of Brigham and Women’s Hospital, Boston, wrote that due to the technical difficulties and uncertainty about long-term outcomes, few surgical centers in the U.S. have maintained expertise in the Ross procedure, “and it is not discussed as a treatment option for many young patients who are potential candidates.”

Bonow and O’Gara wrote that the latest research findings “indicate what can be achieved by excellent surgeons in centers devoted to this procedure in patients who are appropriately selected. However, this experience may not be generalizable beyond this small network of specialized centers, because it is unlikely that these results currently could be replicated more broadly in other academic institutions and community hospitals. These results do call for further randomized clinical trials to determine whether the Ross procedure can achieve its potential benefits in young patients in need of AVR.”

Funding for this research was provided by the Netherlands Organization for Scientific Research.