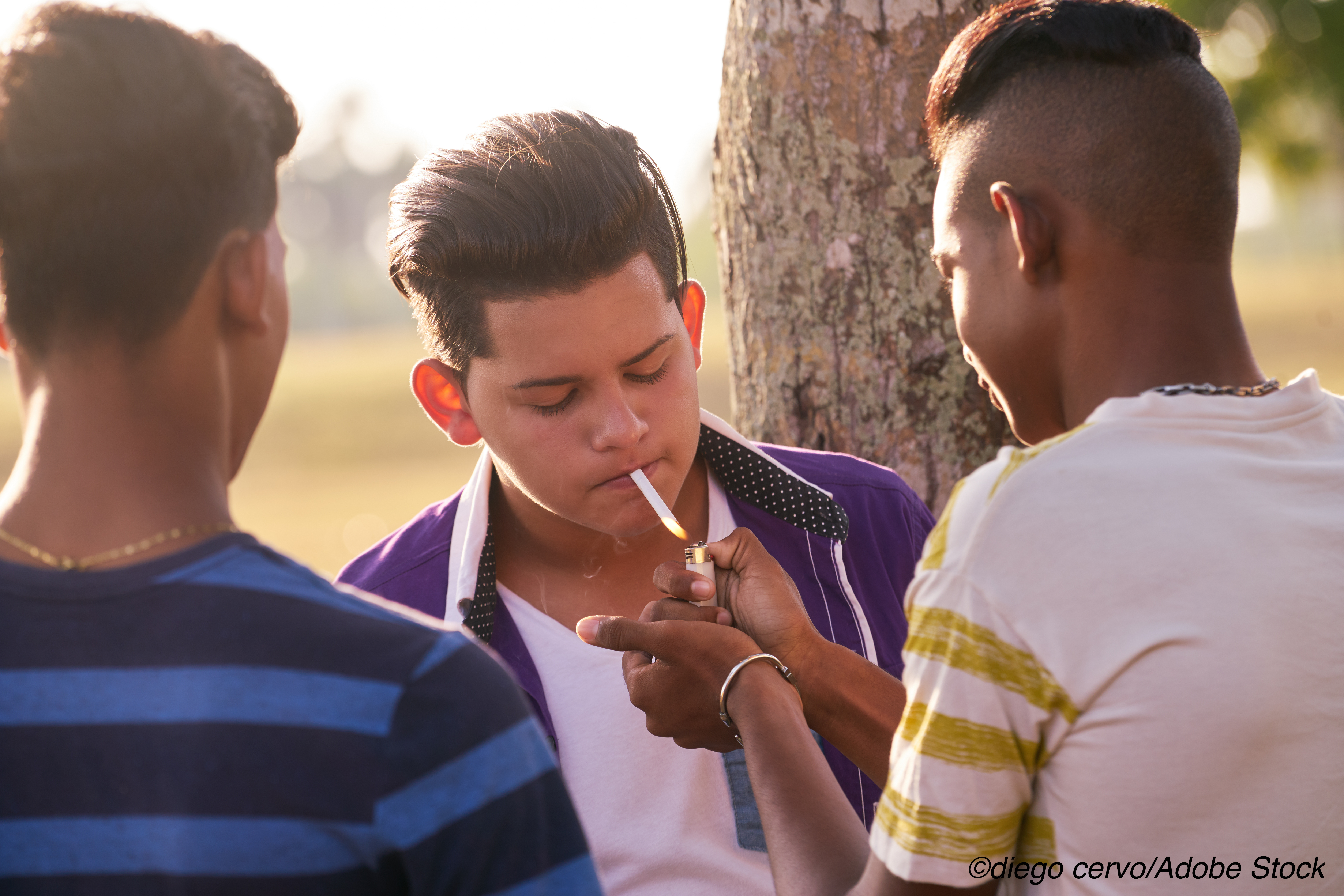 However, the 5As intervention does help clinicians address the issue

Clinicians who were trained in the U.S. Public Health Service 5As behavior change counseling model were more likely to offer smoking cessation screening and counseling to adolescent patients; however, this intervention had limited effectiveness in helping these patients quit, according to results from a randomized clinical trial.

The 5As intervention is a 5-step approach where providers are trained to deliver brief counseling (1 to 3 minutes) to help patients quit smoking, Jonathan D. Klein, MD, MPH, University of Illinois at Chicago, and colleagues, wrote in Pediatrics. The 5As include Asking every client whether they smoke; Advising smokers to quit; Assessing their willingness to quit; Assisting smokers using evidence-based aids; and Arranging for follow-up, either by telephone or in person, soon after the set quit date.

According to a report from the U.S. Department of Health and Human Services, 88% of smokers start the habit before reaching the age of 18, with nicotine dependency occurring very early on. And, while clinic visits provide pediatricians with opportunities to discuss tobacco use with their patients, “this opportunity is often missed because smoking messages in pediatric settings often focus only on screening and abstinence, rather than on cessation for young smokers,” wrote Klein and colleagues.

In this study, the authors’ objective was to assess the effectiveness of the 5As intervention with adolescent smokers in pediatric primary care practices.

Clinicians were enrolled from 120 practices affiliated with the American Academy of Pediatrics Pediatric Research in Office Settings (PROS) practice-based research network. They were randomly assigned to training in smoking cessation (intervention) or social media counseling (control).

Adolescents involved in the study were 14 years or older and included self-reported smokers (n= 936) and a random sample of nonsmokers (n=1937) who were interviewed by phone at 4 to 6 weeks, 6 months, and 12 months after clinic visits.

While more youths in the 5As arm reported making efforts to quit smoking (64%-46%) at 6-month follow-up, the intervention was not significantly associated with successful cessation. However, they were more likely to have quit smoking at 12 months.

Klein and colleagues reported that the only predictors of successful quitting were younger age, and lower addiction scores. Furthermore, although addicted smokers received more counseling (in both study arms), they were less likely to successfully quit smoking.

“Although the ability of this brief 5As intervention to help adolescents quit and remain abstinent was limited, the intervention is scalable, and planned clinical follow-up with repeated counseling interventions and attempts (as is generally the case for successful adult quitters) and with additional cessation resources, has the potential to eventually improve quit rates,” observed Klein and colleagues.

In a commentary accompanying the study, Judith Groner, MD, Nationwide Children’s Hospital, Columbus, Ohio, and Sophie J. Balk, MD, Children’s Hospital at Montefiore, Bronx, New York, wrote that it “reinforces the concept that youth who are more addicted to nicotine are less likely to quit smoking.”

They noted that there is an “explosion” of teenage e-cigarette use that is resulting in higher levels of “nicotine addiction with 27.5% of US middle- and high school students reporting past 30-day use. We believe there is a crucial need for research in pharmacologic treatment of nicotine-addicted teenagers.” They added that more innovative approaches are needed within primary care to promote tobacco and nicotine cessation.

None of the authors quoted in this article had any relevant relationships to disclose.

The utility of brain biopsy in pediatric cryptogenic neurological disease.

Therapeutics on the clock: Circadian medicine in the treatment of chronic inflammatory diseases.

Architecting of a biodevice based on a screen-printed carbon electrode modified with the NiONP nanolayer and aptamer in BCM-7 detection.