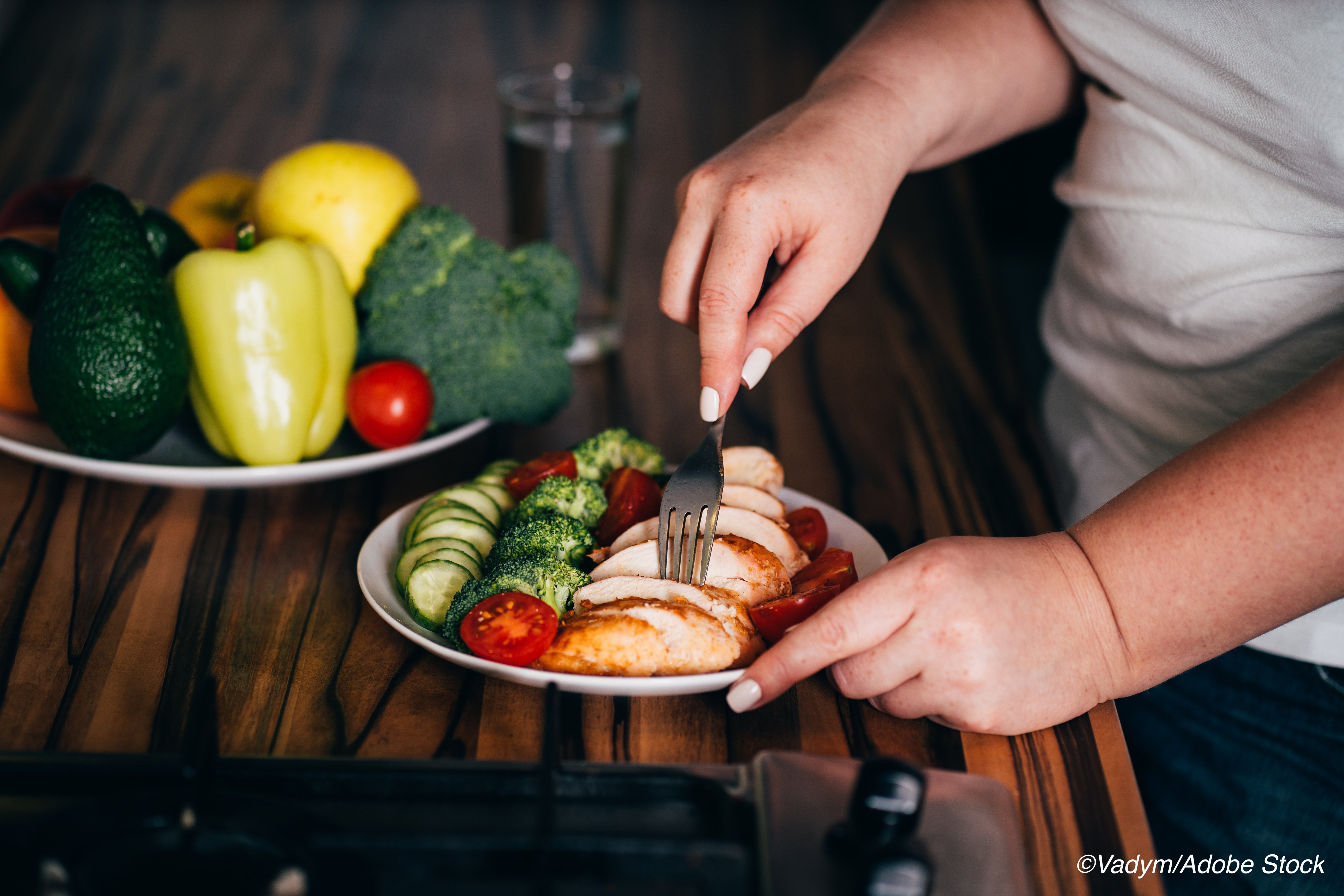 Compared with a normal diet, adherence to a low carbohydrate diet (LCD) increased diabetes remission by 32% in patients with type 2 diabetes at 6 months and helped them achieve large and meaningful improvements in weight loss, triglycerides, and insulin resistance, all without causing adverse effects, according to results of a systematic review and meta-analysis published in The BMJ.

And, although most of these benefits were diminished by 12 months, researchers suggested that short-term adherence to a strict low-carbohydrate diet may be helpful in managing these patients.

Structured diets have long been recognized as an important part of managing diabetes, and those centered on carbohydrate restriction have been used extensively to this end. Definitive studies on their efficacy, however, have been lacking.

“[N]o review to date has attempted to report the effect of LCDs on rates of remission of diabetes, and no review has presented effect estimates with consideration of minimal important difference thresholds, thresholds that will assist patients and clinicians with interpreting the magnitude of treatment effects. We aimed to systematically assess the efficacy, safety, and certainty of estimates for both surrogate outcomes and outcomes important to patients of strict LCDs for people with type 2 diabetes,” wrote lead author Joshua Z. Goldenberg, MD, of Texas A&M University, College Station, Texas, and fellow researchers.

In response, they conducted this analysis, searching CENTRAL, Medline, Embase, CINAHL, CAB, and grey literature sources for all published and nonpublished randomized clinical trials focused on LCDs—defined as ˂130 g/d or ˂26% of a 2,000 kcal/d diet—and VLCDs—defined as diets comprised of ˂10% calories from carbohydrates—that were conducted for at least 12 weeks in adults with type 2 diabetes.

Also at 6 months, researchers found large, clinically meaningful improvements in weight loss (mean difference: −3.46; 95% CI: −5.25 to −1.67; moderate certainty evidence), triglyceride levels, and insulin sensitivity in patients adhering to LCDs compared with control diets—defined as those that were higher in carbohydrates (≥26%). At 12 months, however, these effects were diminished.

When they compared VLCDs to LCDs, Goldenberg et al found that VLCDs were less effective than LCDs for weight loss at 6 months, an effect they attributed to diet adherence. Patients who were strongly adherent to VLCDs achieved clinically significant reductions in weight (mean difference: −4.47; 95% CI: −8.21 to −0.73) compared with those who were less adherent (mean difference: −0.55; 95% CI: −1.76 to 0.66; test for subgroup difference: P=0.05).

Goldenberg and colleagues stressed that these results were based on moderate to low certainty evidence, and limitations of the study included the lack of a concrete definition of diabetes remission, a lack of knowledge on the long-term efficacy and safety of LCDs, the confounding factor of caloric restriction, the use of 6- and 12-month endpoints, the use of short-term markers of diabetes remission, and the limited number of trials that allowed patient discontinuation of medication.

“On the basis of very low to high certainty evidence, no statistically significant and clinically important detrimental effects on cardiovascular risk factors (for example, lipids, C reactive protein) or adverse events were detected with LCDs. However, we observed a trend for clinically important increases in low density lipoprotein cholesterol at 12 months. Additionally, LCDs increased weight loss, reduced medication use, and improved triglyceride concentrations at six months. In general, most benefits diminished at 12 months, a finding consistent with previous reviews,” concluded Goldenberg and fellow researchers.

This study was funded in part by Texas A&M University.