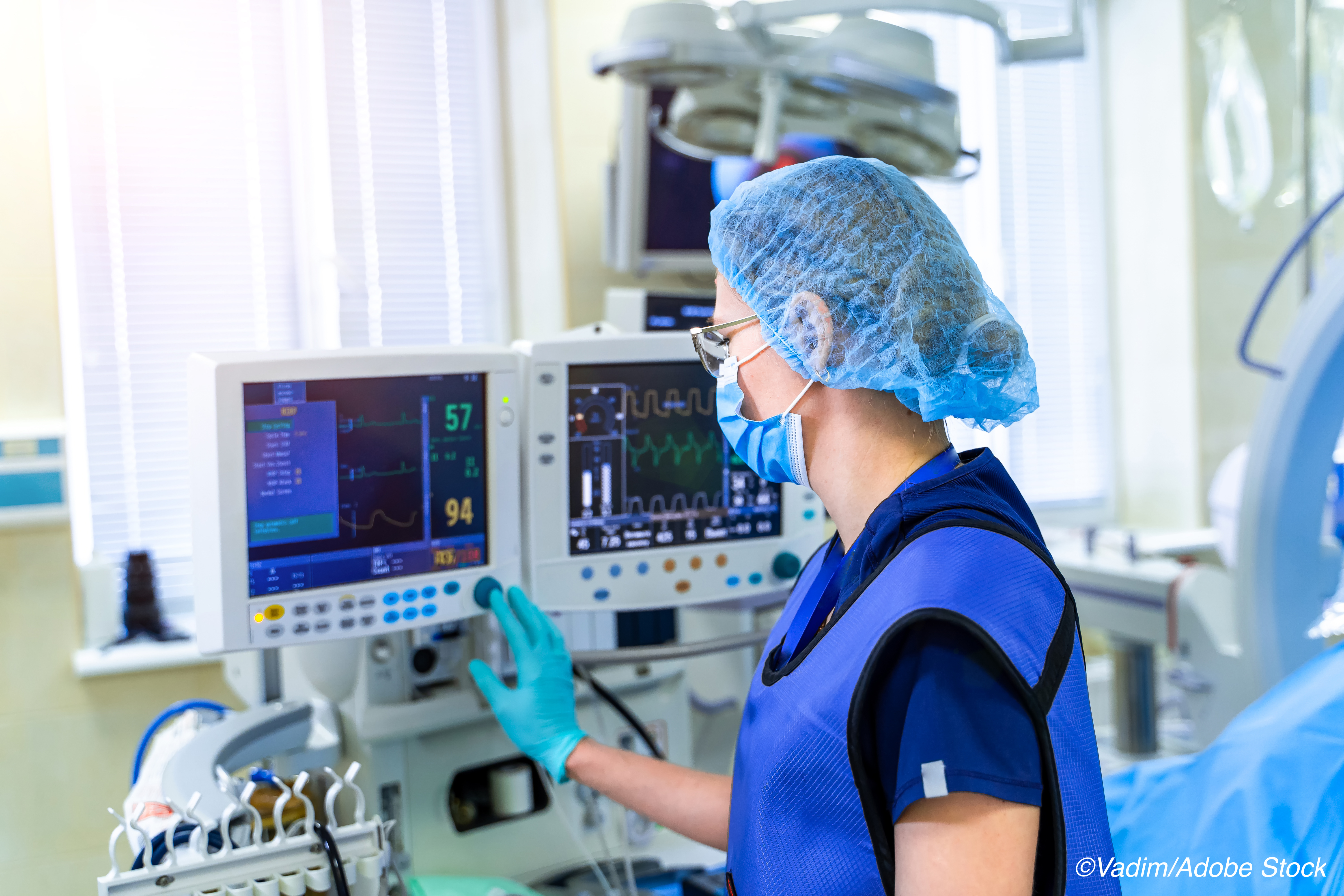 Among patients with acute hypoxemic respiratory failure receiving treatment in ICUs, lower oxygenation targets were not associated with lower mortality compared to higher targets at 90 days in a newly reported randomized study.

Patients in the multicenter Handling Oxygenation Targets in the ICU (HOT-ICU) trial with a target partial pressure of oxygen (Pao2) of 60 mm Hg fared no better than those with a target Pao2 of 90 mm Hg in terms of deaths at 90 days and percentage of days alive without life support — and the lower oxygenation target did not affect the percentage of days patients lived following hospital discharge.

Findings from the HOT-ICU trial were published online Jan. 20 in the New England Journal of Medicine.

A recent meta-analysis by Chu et al showed lower oxygenation targets to be preferable to higher targets in acutely ill adults. But findings from the Liberal Oxygenation versus Conservative Oxygenation in ARDS (LOCO2) trial, published last March, showed no survival benefits for conservative oxygenation and the trial was stopped early due to a higher incidence of mesenteric ischemia and higher 90-day mortality in the lower-oxygenation group.

In the recently reported ICU-ROX trial, which included only patients on mechanical ventilation, use of conservative oxygen therapy was not associated with significantly fewer ventilator-free days.

The HOT-ICU findings “do not preclude the possibility of clinically important harm or benefit with a lower-oxygenation strategy in this population or in other types of critically ill adults,” wrote lead researcher Olav L. Schjorring, MD, PhD, of Aalborg University Hospital, Aalborg, Denmark, and colleagues.

The incidence of intestinal ischemia in HOT-ICU was similar to that in the LOCO2 trial (2.1% and 2.5%, respectively).

The study included 2,928 adults recently admitted to ICUs (within 12 hours of hospital admission) who were receiving at least 10 liters of oxygen per minute in an open system or who had a fraction of inspired oxygen of at least 0.50 in a closed system.

Patients were enrolled from June 20, 2017 through Aug. 3, 2020 from 35 ICUs in Denmark, Switzerland, Finland, the Netherlands, Norway, the United Kingdom, and Iceland. The patients were randomized to receive oxygen therapy targeting a Pa02 of either 60 mm Hg or 90 mm Hg for a maximum of 90 days, with the primary outcome being death at 90 days.

The number of patients with one or more serious adverse events did not differ significantly between the two groups, and the percentages of patients with new episodes of shock, myocardial ischemia, ischemic stroke or intestinal ischemia were similar in the two oxygen groups (P=0.24).

“The strengths of our trial include the variety of ICUs and countries involved and the pragmatic protocol that called for maintaining routine practice except for the oxygenation targets, while obtaining a clear between-group difference in Pao2, Sao2 and Fio2 levels,” Schjorring and colleagues wrote.

One notable limitation of this study was the oxygenation targets, which are not used in some countries.

“In a post hoc assessment, we found potential differences in the treatment effects among the individual ICUs,” the researchers wrote. “We tested the two-oxygen-therapy strategies by targeting intermittent measure of the Pao2

“Although we found no differences in clinical outcomes between the two oxygenation groups in adults with acute hypoxemic respiratory failure, the results do not preclude the possibility of clinically important harm or benefit with the lower oxygenation strategy,” they concluded.

This study was funded by a grant from Innovation Fund, Denmark, Aalborg University Hospital; and the Obel Family Foundation, the Danish Society of Anesthesiology and Intensive Care Medicine.