MI in Young Women Less Common Than in Men, but More Deadly 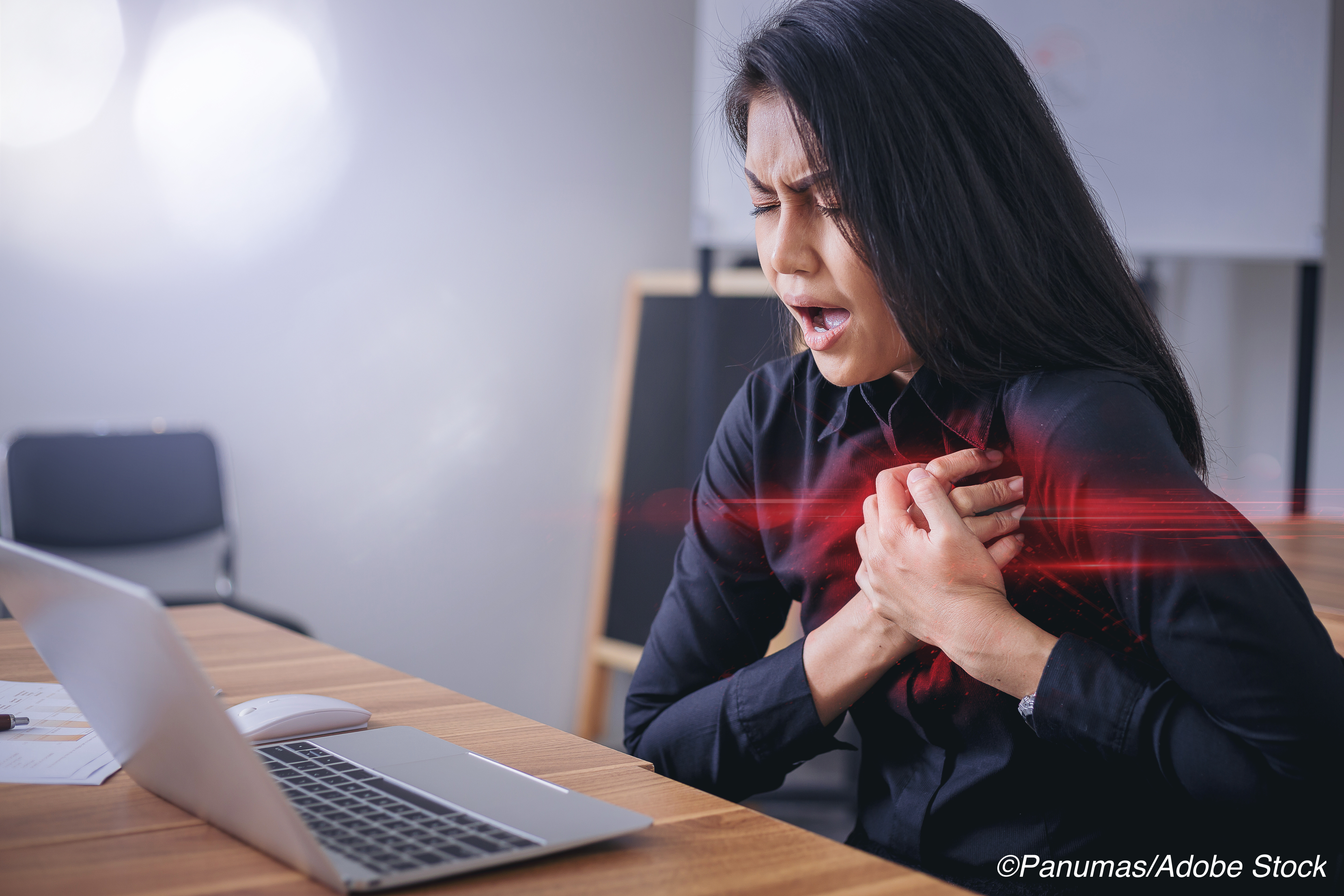 Although myocardial infarctions in individuals who are less than 50 years old are more likely to occur in men, researchers of the Partners YOUNG-MI registry reported that, when MIs do occur in younger women, they are more likely to die in the decade or so after these events than men — and, while the risk of cardiovascular mortality is lower in these women compared with men, their risk of all-cause mortality is higher.

In addition, these researchers discovered that the care of young women and men suffering an MI also differs significantly: women who had their first MI at less than 50 years old were less likely than men to undergo coronary revascularization or be discharged with guideline-directed medical therapies, including aspirin and statins. The team published their results in the European Heart Journal.

“There is a scarcity of data regarding MI in young adults, especially regarding long-term outcomes. Such data are especially important because patients younger than 55 years of age presently account for 23% of all patients with acute coronary syndrome in the USA. Furthermore, while the rates of MI have been declining overall in the USA, rates of MI in young people have remained stable. Thus, there is an important need to understand better the sex differences in outcomes among young individuals following acute MI,” wrote Ersilia M. DeFilippis, MD, of Brigham and Women’s Hospital, Harvard Medical School, Boston, and colleagues.

In an accompanying editorial, Marysia S. Tweet, MD, of the Mayo Clinic College of Medicine and Science, Rochester, MN, reflected on the ramifications of these findings on the day-to-day practices of clinicians, as well as those for future research.

“In summary, this study by the Partners YOUNG-MI Registry investigators demonstrates the continued need—and obligation—to study and improve the incidence and mortality trajectory of cardiovascular disease in the young, especially women,” Tweet wrote. “We can each work towards this goal by increasing awareness of heart disease and ’heart healthy’ lifestyles within our communities; engaging with local policy makers; promoting primary or secondary prevention efforts within our clinical practices; designing studies that account for sex differences; facilitating recruitment of women into clinical trials; requesting sex-based data when reviewing manuscripts; and reporting sex differences in published research.”

For their analysis, DeFilippis and colleagues included 1,693 men and 404 women (media age: 45 years; 73% white; 53% with ST-elevation MI [STEMI]) who suffered their first MI between 2000 and 2016 and were treated at Brigham and Women’s Hospital and Massachusetts General Hospital.

Women were also less likely than men to have:

“Our study is one of the largest to examine differences in long-term outcomes between young men and women presenting with a first MI. Over a median follow-up of 11.2 years, young women who survived their index hospitalization had similar CV mortality but significantly worse all-cause mortality when compared with young men. This finding remained significant even after adjustment for differences in baseline characteristics, laboratory values, and treatment,” wrote DeFilippis and colleagues.

Study limitations included an inability to account for potential factors (such as patient preferences or psychosocial factors) associated with outcomes or patient management, lack of data on patient adherence to prescribed medication regimens, lack of data on sex-specific risk factors, the small number of women included in the study, and death before hospital admittance.

DeFilippis reported no conflicts of interest.

Tweet is supported by the Office of Research on Women’s Health’s Building Interdisciplinary Careers in Women’s Health (BIRCWH) Program at the National Institutes of Health.