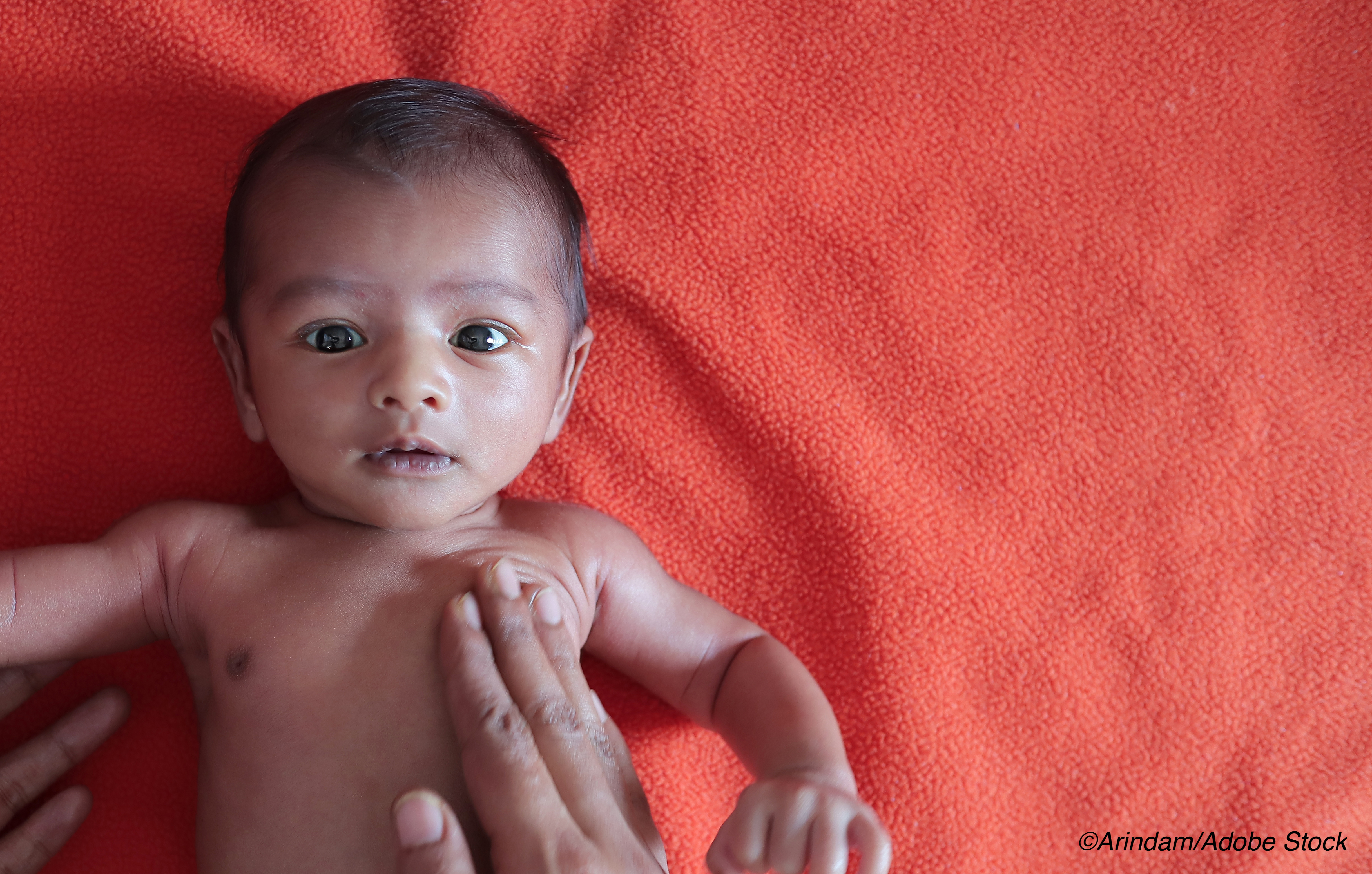 Children with moderate acute malnutrition — defined as weight-for-length measurement that is two or three standard deviations (SD) below the median of the cohort from the Multicenter Growth Reference Study by WHO — have developmental defects in their gut microbiota. However, current nutritional interventions have not focused on the microbiota as a therapeutic target, resulting in existing therapies with limited efficacy, Jeffrey I. Gordon, MD, of the Edison Family Center for Genome Sciences and Systems Biology, the Center for Gut Microbiome and Nutrition Research, and the Department of Pathology and Immunology at Washington University School of Medicine in St. Louis, Missouri, and colleagues explained in The New England Journal of Medicine.

Over the course of previous analyses, Gordon et al developed several MDCFs designed to be used as dietary supplements for malnutrition — and compared three of these formulations against an existing ready-to-use supplementary food (RUSF) in a one-month, randomized, controlled trial involving children ages 12-18 months in Mirpur, Dhaka, Bangladesh. One of these formulations, called MDCF-2, “changed the microbiota to a composition similar to that of aged-matched healthy Mirpur children and changed the levels of plasma proteins indicative of improved health status,” they explained.

For the current study, Gordon and colleagues pitted MDCF-2 against RSUF among a larger cohort in the same setting, over a period of four months.

“Even though MDCF-2 has a lower caloric density than RUSF, the rates of changes in two… measures [of growth] — weight-for-length and weight-for-age z scores — support the hypothesis that MDCF-2 promotes growth,” Gordon and colleagues reported. “We observed larger changes in plasma protein mediators of bone growth, neurodevelopment, and inflammation and more complete repair of the gut microbiota in children who received MDCF-2 than in those who received RUSF.”

In an editorial accompanying the study, Wendy S. Garrett, MD, PhD, Departments of Immunology and Infectious Diseases and Molecular Metabolism and the Harvard Chan Microbiome in Public Health Center, Harvard T.H. Chan School of Public Health, the Department of Medical Oncology, Dana–Farber Cancer Institute, and Harvard Medical School — all in Boston — and the Broad Institute of MIT and Harvard, Cambridge, wrote that the study by Gordon et al “provides an abundance of fascinating microbiome profile data, plasma protein correlates, and metadata to sift through,” and added that full genome sequencing of the bacterial strains associated with these outcomes “will be an interesting and important follow-up.”

However, Garrett also noted that important questions remain regarding the durability of the effects of this intervention on children’s growth trajectory, “including potential microbiota repair and improved cogni­tive development, since the study ended in 2019. The findings will also need to be replicated in a larger, phase III study.”

Gordon and colleagues conducted the study in Mirpur from November 2018 through December 2019 in a cohort of 123 slum-dwelling Bangladeshi children with moderate acute malnutrition ages 12-18 months. Children were given two daily 25-g servings of MDCF-2 or RUSF over the course of three months, followed by one month of monitoring where children returned to their usual feeding routine — dietary supplements were administered by the child’s mother at a local study center under the supervision of a health care provider for the first month, after which one of the two feedings was conducted at home for the second month and both were conducted at home for the third month. Fecal samples and anthropometric data were collected one month after treatment discontinuation.

Of the 123 children (mean age: 15.4-15.5 months) who underwent randomization, 59 in each study group completed the three-month intervention and one-month follow-up, while five discontinued due to family relocation or withdrawal of consent.

The study authors added that “Receipt of MDCF-2 was linked to the magnitude of change in levels of 70 plasma proteins and of 21 associated bacterial taxa that were positively correlated with the weight-for-length z score (P<0.001 for comparisons of both protein and bacterial taxa). These proteins included mediators of bone growth and neurodevelopment.”

“Larger trials will need to be performed in disparate geographic regions to further assess the efficacy of this therapeutic approach for treating childhood undernutrition,” Gordon and colleagues concluded. “The plasma and microbiota biomarkers that were identified in the present study should help enable better characterization and stratification of participants in future interventions.”

This study was supported by the Bill and Melinda Gates Foundation and the National Insitutes of Health.

Gordon reported receiving grants from the Bill and Melinda Gates Foundation and NIH. Coauthor Chen is the recpient of a dual degree training award from the NIH and a member of the Medical Scientist Training Program at Washington University, which is supported by a grant from the NIH.

Garrett had no disclosures.