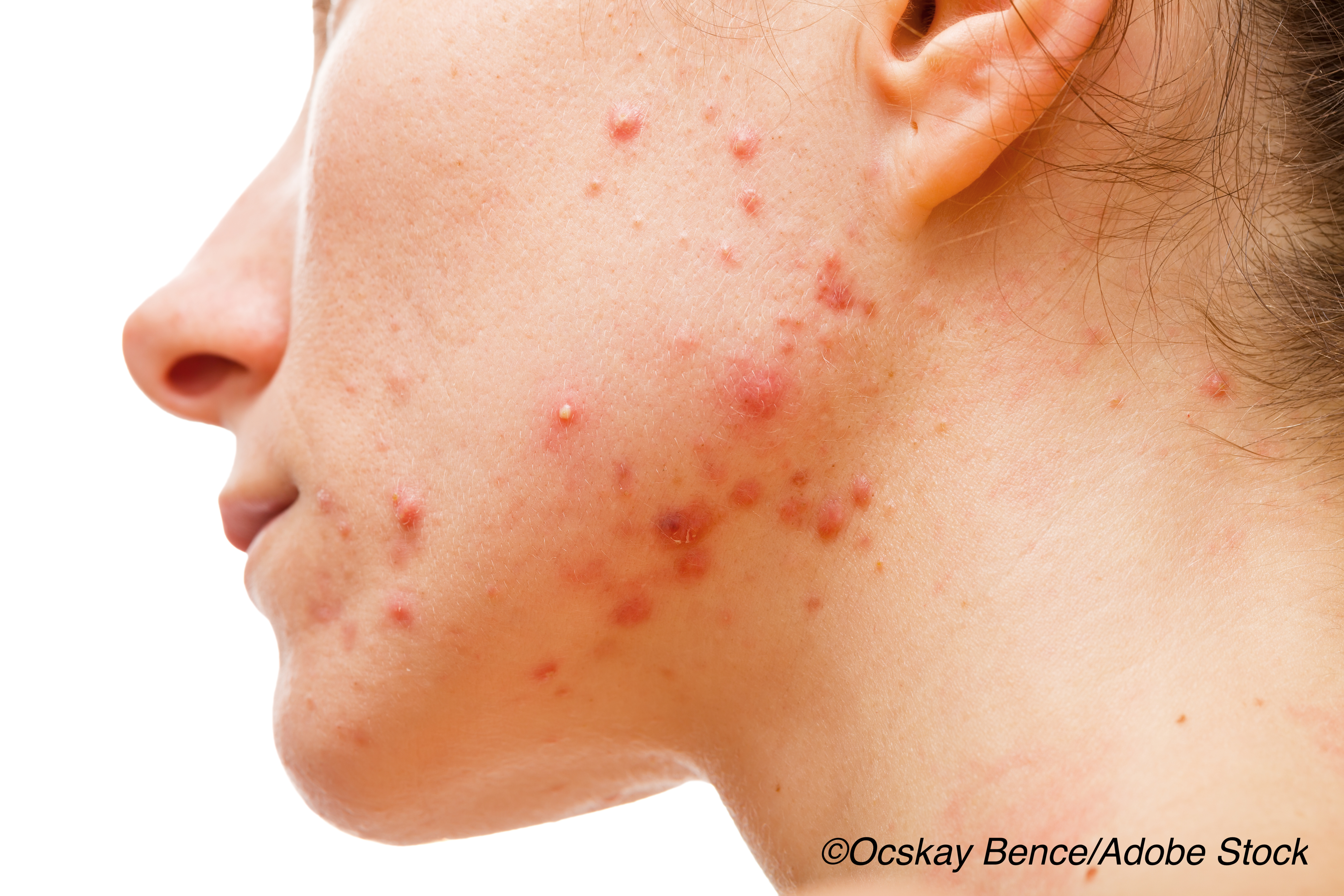 Adult acne may be significantly associated with eating foods that are high in fat and sugar, milk, and sugary beverages—all of which are hallmarks of the typical Western diet, according to results from the NutriBet-Santé study.

“The consumption of fatty and sugary products, sugary beverages, and milk appears to be associated with current acne. Our results may support the hypothesis that the Western diet (rich in animal products and fatty and sugary foods) is associated with the presence of acne in adulthood,” wrote senior author Emilie Sbidian, MD, PhD, of Paris-Est Créteil University and the Institut National de la Santé et de la Recherché Médicale, Créteil, France, and fellow researchers, who published their results in JAMA Dermatology.

For this cross-sectional post-hoc analysis, Sbidian and colleagues included 24,452 participants (mean age: 57 years; 75% women) from the NutriNet-Santé study — an ongoing, observational, web-based cohort study — to study any possible associations between dietary behavior and current or past acne. Participants completed an online questionnaire designed to assess their dietary behavior and current or past acne status. Inclusion criteria were the completion of at least three dietary records, a normal calorie intake, and known acne status.

Participants categorized their acne status as: never having acne (54%), past acne (39%), or current acne (7%). Those reporting current acne were younger; had a higher educational level; were more likely to smoke; had a lower level of physical activity; lower body mass index (BMI); lower frequency of cardiovascular disease, type 2 diabetes, and cancer; and a higher frequency of depressive symptoms compared with participants who had never had acne or had past acne.

Study limitations include its cross-sectional, observational design, the use of a younger study population compared with the general population in France, and a higher proportion of women and those with higher educational levels and healthier dietary habits. In addition, many participants (33%) had self-diagnosed rather than clinically diagnosed current acne, and those with past acne may have changed their diets since the time they had acne.

“These findings are largely in line with prior observational studies suggesting an association between milk consumption and high glycemic-load diet with acne,” wrote John S. Barbieri, MD, MBA, of the Perelman School of Medicine, University of Pennsylvania, Philadelphia, PA, in an accompanying editorial.

Barbieri did note, however, that nutritional epidemiologic research is challenging, due to the “complexity of diet and potential for confounding and selective reporting bias.” He also noted the small effect sizes seen in the study.

“Given the uncertainty surrounding both causal inference as well as the magnitude of the association between diet and acne, dietary interventions may be better thought of as adjunctive strategies rather than primary treatment options. Because some dietary interventions, such as avoiding dairy products, may have other relevant effects (e.g., reduced calcium and vitamin D intake), they should be cautiously implemented,” he wrote.

“However, before we can confidently make dietary recommendations for patients with acne, trials are needed to evaluate whether dietary interventions can improve or prevent acne and how the effect size of such interventions compares with other standard treatment modalities,” concluded Barbieri. Skin Diseases Appear to Be Underdiagnosed