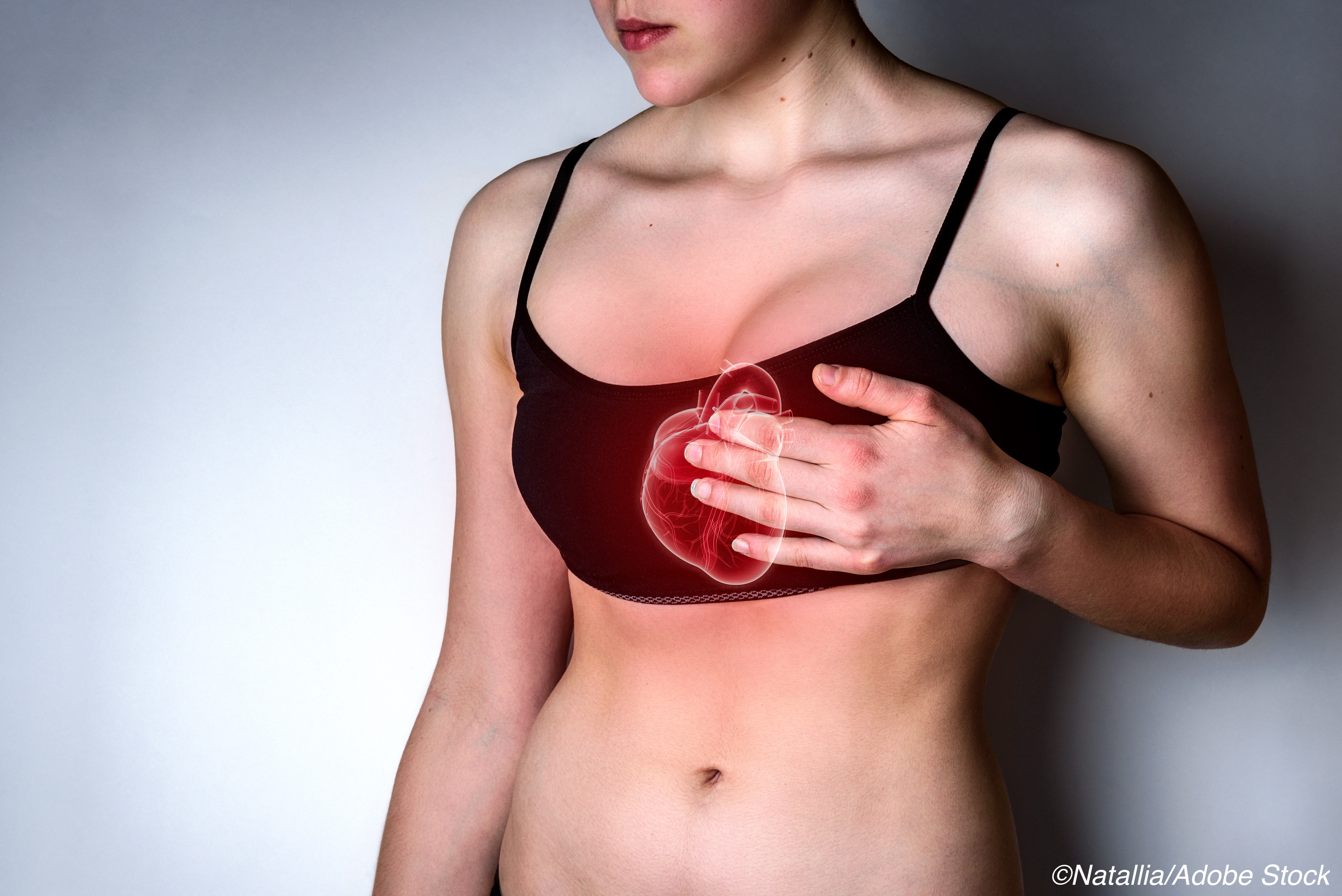 Prevalent heart failure not tied to higher incidence of breast cancer, and vice versa, but what about mortality?

Prevalent heart failure (HF) was not linked with a higher incidence of breast cancer, but the relationship between the cardiovascular (CV) condition and the cancer was still complicated, according to an analysis of national data.

There also was no association between a higher incidence of breast cancer and prevalent HF, reported Selma F. Mohammed, MD, PhD, of Creighton University and CHI Health Heart and Vascular Institute in Omaha, and co-authors.

“However, the presence of incident invasive breast cancer or incident HF in those with prevalent HF or prevalent breast cancer, respectively, was associated with increased mortality,” they wrote in JACC: CardioOncology.

“To the best of our knowledge, this is the ﬁrst study to examine the temporal association between breast cancer and HF in a large prospective cohort of postmenopausal women,” the authors noted. The patient population consisted of over 44,000 U.S. women enrolled in the Women’s Health Initiative (WHI).

But the authors conceded that “the relationship between risk factors for HF and cancer is complex,” and the study had numerous limitations, such as self-reporting of prevalent HF and breast cancer; no data on cancer receptor status and staging within the WHI, which may affect the results’ generalizability; a lack of data on comorbidities; and a population limited to post-menopausal women.

In an editorial comment accompanying the study, W. Gregory Hundley, MD and Wendy Bottinor, MD, MSCI, both of the Pauley Heart Center at Virginia Commonwealth University in Richmond, advised caution when interpreting the results from Mohammed’s group because of other study limitations.

They pointed out incident HF “was deﬁned as deﬁnite or possible hospitalization for HF…only approximately 1 million [people in the U.S. with an HF diagnosis] are hospitalized each year, therefore the authors likely underestimated the incidence of symptomatic [HF] within this population.”

Additionally, the authors did not look at the use of anthracyclines, radiation, and trastuzumab (Herceptin), all of which have well-established risk for adverse CV events. “Unfortunately, the signiﬁcance of this [study’s] result is unclear, as the authors did not account for cancer therapy in their analysis,” Hundley and Bottinor stated.

Finally, the authors did not account for the use of strategies to avoid HF in women at high risk, according to Hundley and Bottinor, who noted that patients receiving trastuzumab for HER2-positive breast cancer undergo serial transthoracic echocardiograms “to identify those with subclinical deteriorations in left ventricular ejection fraction or longitudinal strain for the purpose of implementing angiotensin-converting enzyme inhibitors or other combinations of medications to prevent heart failure.”

Still, in the current study, the “higher mortality rate among individuals with both cancer and heart failure is consistent with previous work,” they acknowledged. “We commend the authors for recognizing the importance of further investigation into the link between cancer and cardiovascular disease,” but more studies are needed to further clarify the relationship between breast cancer, HF, and other CV disease in post-menopausal women.

Mohammed’s group explained that earlier studies “evaluated the association of breast cancer with the development of cardiovascular disease in postmenopausal women,” such as a 2016 population-based study, and two 2019 studies from Brazil and Canada, respectively.

In terms of risk factors for HF and/or breast cancer, Mohammed and co-authors cited “age, obesity, alcohol use, physical inactivity, and heart rate,” while “Unique risk factors for breast cancer were reproductive attributes and for HF were cardiovascular comorbidities (including diabetes mellitus, hypertension, atrial ﬁbrillation, and coronary artery disease).”

“The lack of association between HF and breast cancer suggests that whereas there may be shared risk factors, neither disease increases the likelihood of developing the other and thus each may have its own distinct pathophysiology,” they added.

The findings from Mohammed’s group were in line with those from a 2018 analysis of participants in the Physicians Health Studies, but contradictory to those from two 2016 studies done in Olmsted County, Minnesota, and in Denmark.

The editorial comment was supported by the To-morrow’s Research Fund St. Baldrick’s Scholar Award, the American Heart Association, and the NIH. Hundley and Bottinor reported no relationships relevant to the contents of this paper to disclose.

Challenges and opportunities in the management of metastatic renal cell carcinoma: combination therapy and the role of cytoreductive surgery.

Identification of the key genes and pathways involved in the tumorigenesis and prognosis of kidney renal clear cell carcinoma.