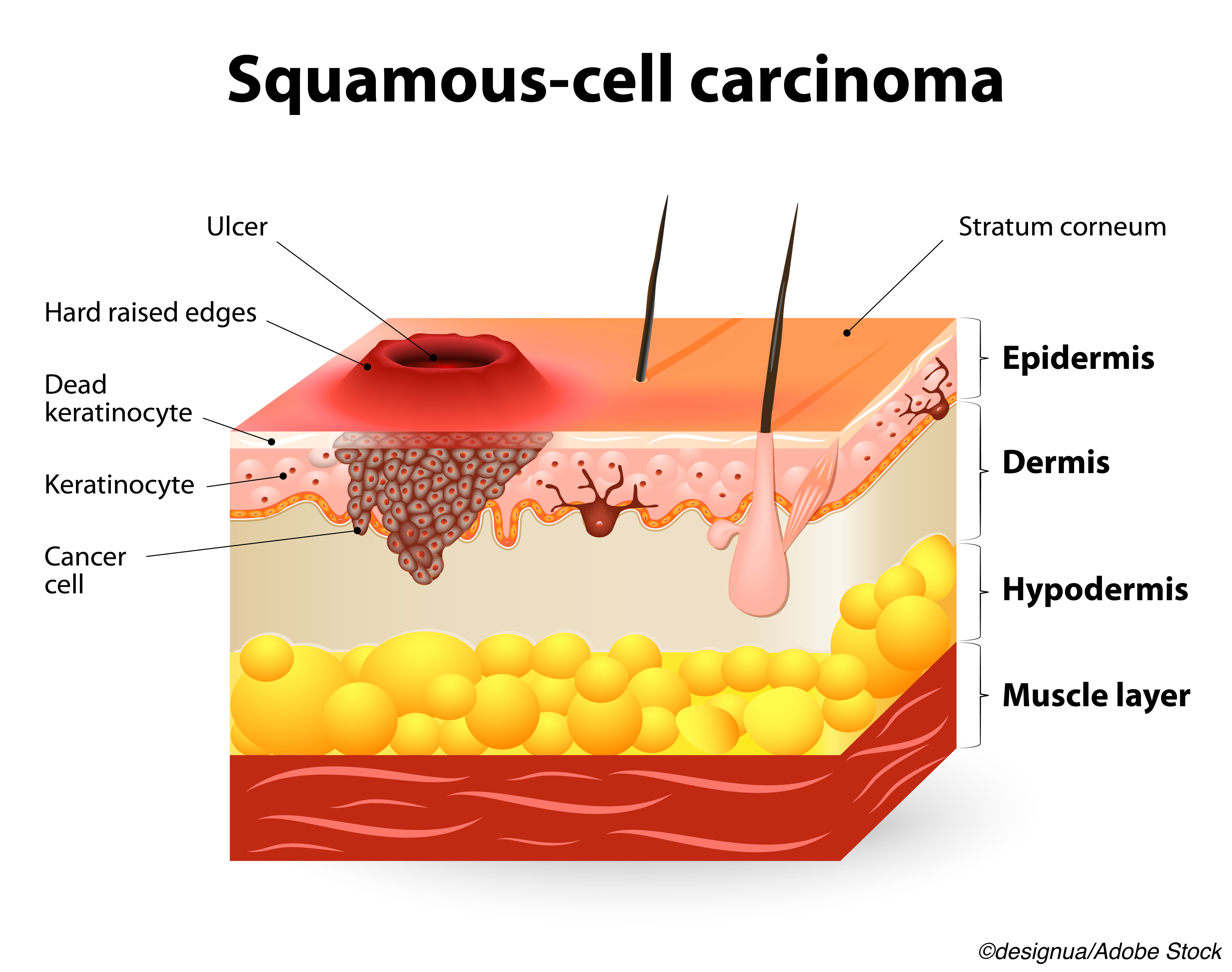 Ultrasonography (US) proved more sensitive for the detection of regional lymph node metastasis in high-risk head and neck (H&N) versus clinical examination only, although the imaging modality was saddled with a high false-positive (FP) rate, researchers reported.

That lackluster PPV for US was tied to the high FP rate, which led to unnecessary US and fine-needle aspiration cytology (FNAC) procedures, according to Wakkee’s group, who reported 45 FPs with imaging versus nine with clinical exam.

“One potential explanation for the low PPV in our study was the low threshold used in our tertiary center to consider a lymph node suspicious and consequently require FNAC biopsy, resulting in the relatively high number of negative results after FNAC procedures (3.5 FNAC procedures were needed to diagnose 1 metastasis),” they explained.

The authors urged caution for incorporating US into routine clinical practice in H&N SCC and called for future studies to pinpoint specific patients with cutaneous SCC who would most benefit the most from add-on baseline US evaluation to detect occult metastatic disease.

Currently, there are “no guidelines for which cutaneous SCCs should undergo nodal staging and surveillance,” according to Emily S. Ruiz, MD, MPH, of Harvard Medical School in Boston. On top of that, there “are also limited data on the optimal imaging modality for nodal basin evaluation in [cutaneous] SCC,” with smaller studies focusing on CT and PET, she stated in an editorial accompanying the study.

That lack of guidance for imaging, and certainty about its role, is an notable obstacle for SCC, which has a significant “number of disease-related deaths,” Ruiz said, adding that about 1 million cutaneous SCCs are diagnosed each year in the U.S., but are not captured in national cancer registries. Also, about “3% of patients will develop metastasis and 2.1% will die of cutaneous SCC, which translates to approximately 30,000 metastases and 21,000 cutaneous SCC related deaths annually.”

Ruiz conceded that “it is important to consider the downstream effect of false-positive and incidental findings when weighing the benefits and drawbacks of imaging,” but she pointed out the authors “found that 10% of the recurrent tumors had a nodal metastasis identified at diagnosis, and so this may be a reasonable risk threshold at which to offer imaging.”

The diagnostic, retrospective study recruited a cohort 233 patients with 246 high-risk cutaneous SCC H&N tumors who underwent treatment at the Dutch center between January 2015 and December 2017.

All patients (75.5% male; median age 79.1) received clinical examination and baseline US imaging of the lymph nodes. FNAC biopsy and six months of follow-up per patient were used as the reference standards.

Study limitations included the single-center design and focus on patients with high risk of metastasis; potential flaws associated with an FNAC biopsy reference standard; and the focus on baseline imaging only.

Ruiz added that “more than 50% of tumors included in this cohort were low stage… which have very low rates of metastasis” and that “this study only evaluated ultrasonography at the time of diagnosis of the primary tumor, but not all nodal metastases are present at initial presentation.”

Researchers have advanced other avenues where US can be of value in H&N cancers. A pair of 2021 studies found added value in US in patients after H&N treatment. Researchers in Japan looked at the usefulness of US for diagnosing lymph node metastasis after chemoradiotherapy in patients with high-risk SCC, and reported an accuracy of 81.3% and a negative predictive value of 96.3%, but also stressed that the “quality of US was dependent on the sonographer’s skill, and not all sonographers are familiar with the evaluation of metastatic lymph nodes.”

The study from China turned in similar good results for US for post-treatment follow-up care in patients who underwent primary treatment for H&N carcinoma out to 5 years. The authors pointed out that “neck ultrasound is successful in the detection of small lymph metastasis and earlier detection of recurrences facilitates rapid salvage therapy,” based on previous data, but cautioned that they did not compare US to the standards of CT and MRI, and that the “success rate for the cure of recurrence is affected by the primary stage and primary site of carcinoma, not by neck ultrasound diagnosis in the follow-up period.”

In a 2020 Radiology Video master lecture, Jason Wagner, MD, of the University of Oklahoma College of Medicine in Oklahoma City, noted that US can be helpful for “problem solving.” He gave an example of a patient, age 74, who underwent PET surveillance after chemoradiation for tonsil SCC.

The patient “had this PET-CT with a lot of areas of activity that tended to follow the digastric muscle and the scalene muscle,” explained Wagner, who is chief of the section of ultrasound. “So we were suspecting that this was just asymmetric muscle activity. However, due to the intensity [on PET-CT], and a little bit of maybe nodularity, we did an ultrasound to carefully scour these muscles. We did find asymmetry of the digastric muscle, probably related to therapy, but we found no mass, and no biopsy was performed, and the patient has been fine undergoing surveillance.”

Finally, the Focused Ultrasound Foundation explained that focused US “is an early-stage, noninvasive, therapeutic technology with the potential to improve the quality of life and decrease the cost of care for patients with tumors of the head and neck. This novel technology focuses beams of ultrasound energy precisely and accurately on targets deep in the body without damaging surrounding normal tissue.”

In a December 2021 article, the foundation stressed that focused US for H&N carcinoma treatment “is not yet approved by regulatory bodies or covered by medical insurance companies,” although trials with pulsed focus US, MR-guided focused US, and focused US ablation, are in various stages.

Ruiz reported no relationships relevant to the contents of this paper to disclose.