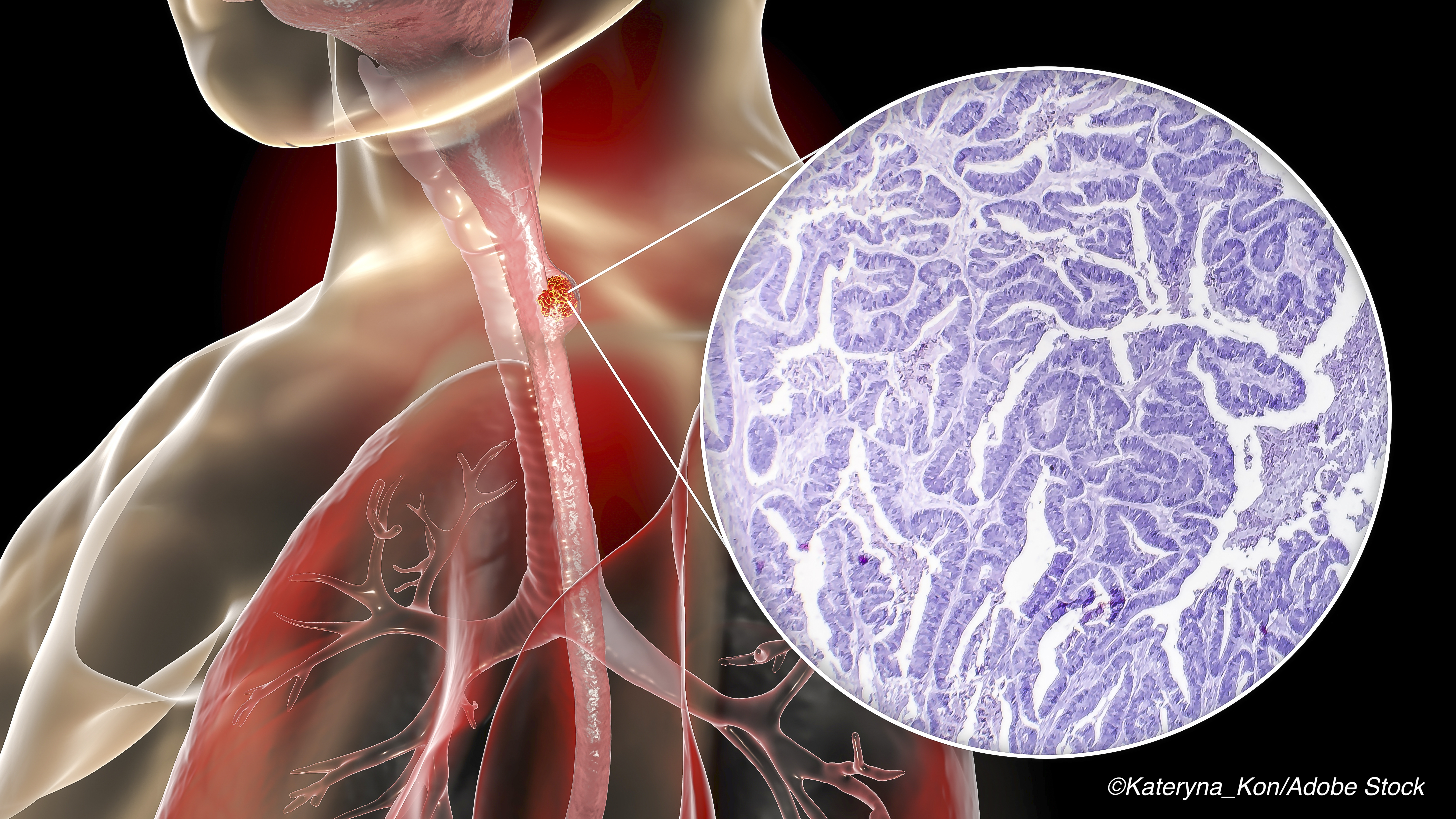 Among more than 200 patients with locally advanced esophageal squamous cell carcinoma (ESCC), there was no significant difference between the group who underwent neoadjuvant chemoradiotherapy (nCRT) before MIE versus the group who had neoadjuvant chemotherapy (nCT) — a 4.8% difference (95% CI 8.2%-17.5%, P=0.48), reported Lijie Tan, MD, of Zhongshan Hospital at Fudan University in Shanghai, and co-authors.

However, patients in the nCRT group had a higher pathologic complete response (residual tumor, 0%) rate at 35.7% versus 3.8% (P<0.001), and a higher rate of negative lymph nodes (ypN0) at 66.1% versus 46.2% (P=0.03), than those in the nCT group, they noted in JAMA Surgery — but they also cautioned that “circumferential histologic margins were not reported in several centers in this trial, which could impact the accuracy of R0 rates.”

They pointed out that other major trials that directly compared nCRT and nCT — POET, NeoRes, and a phase II one from Australia — turned in similar results, but adenocarcinoma dominated in all of those patients.

Tan’s group concluded that “to our knowledge, our clinical trial is the first one to directly compare nCRT with nCT for ESCC…the regimen of nCRT based on paclitaxel and cisplatin followed by MIE seems to be feasible, safe, and effective for patients with locally advanced ESCC… For ESCC, our trial first discovered that nCRT also had an advantage with regard to histolopathogic response.” They also cautioned that results can only be applied to ESCC patients and not to patients with esophageal or esophagogastric junction adenocarcinoma.

In an invited commentary accompanying the study, Marco G. Patti, MD, of the University of North Carolina at Chapel Hill, and Fernando A. M. Herbella, MD, of Escola Paulista de Medicina in São Paulo, Brazil, highlighted two main findings of the study. First, that “the addition of radiotherapy determines a better pathologic response while it does not increase morbidity or mortality,” in ESCC, as was shown in a 2014 meta-analysis, they stated.

“Second, it confirms that minimally invasive esophagectomy is as good as open surgery from an oncologic point of view,” Patti and Herbella noted, which was also the conclusion of the 2017 TIME trial.

But the current trial was not without its handicaps, such as the highly selected study population — only patients with tumors of clinical stages from T3 to T4aN0 to N1 and no clinical evidence of metastatic spread were allowed — and the lack of lymph nodes detection despite most patients having late-stage disease, they pointed out, adding that the post-op morbidity rate among patients who underwent MIE was rather high. All complications occurred in 47.7% of the nCRT group and in 42.6% of the nCT group, according to Tan and co-authors, predominantly pneumonia followed by anastomotic leak.

Tan’s group conducted the prospective, multicenter, open-label, trial from January 2017 to December 2018, enrolling 264 patients (85.6% men; mean age 61.4) with ESCC of clinical stages from cT3 to T4aN0 to 1M0. Analysis was done on an intention-to-treat (ITT) basis from January 2017 to August 2020. The primary outcome was three-year overall survival (OS).

Eligible patients were randomized to the nCRT group or the nCT group by a computer-generated system. Chemotherapy was given to both groups, and 40 Gy of concurrent RT was added for the nCRT group. At around six weeks after neoadjuvant therapy, MIE via thoracoscopy and laparoscopy was performed for all patients.

Also, deaths caused by tumor progression or recurrence occurred in 6.8% of the nCRT group versus 14.4% of the nCT group (P=0.046). On the other hand, deaths from non-tumor causes — surgical complications; serious adverse events related to chemotherapy — were similar at 6.1% versus 3.0% (P=0.24), respectively.

As for OS, it was 87.1% for the nCRT group at 1 year based on ITT analysis compared with 82.6% in the nCT group (P=0.30). The authors explained that “[w]hether the better postoperative pathologic outcome would result in a survival benefit for patients with ESCC remains to be observed and determined by the three- or five-year survival rate in the follow-up.”

Patti and Herbella said they looked forward to the trial’s follow-up results. They also said that they would like to see a “similar study… performed for patients with N2 and N3 [ESCC], a cohort more representative of the clinical presentation of this disease.”

Tan and co-authors, as well as Patti and Herbella, reported no relationships relevant to the contents of this paper to disclose.