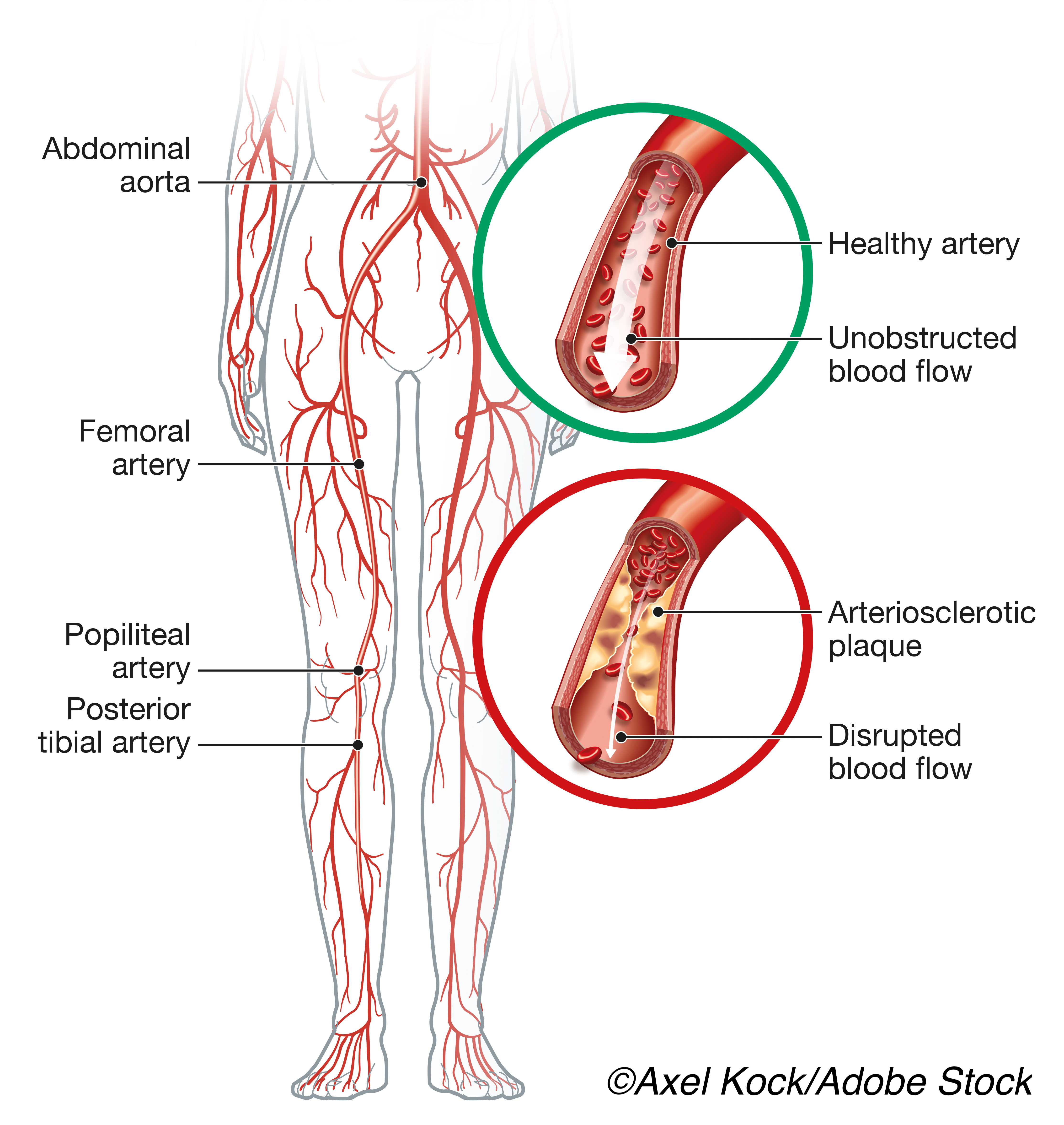 “In patients with chronic CAD or PAD, the combination of rivaroxaban plus aspirin reduces mortality compared with aspirin alone,” Eikelboom and colleagues wrote. “The greatest survival benefit occurs in patients at highest baseline risk of future cardiovascular events.”

Prior analysis of data from COMPASS, which was stopped early due to benefit of combined treatment, concluded that the combination reduced the primary outcome of a composite of cardiovascular death, stroke, or myocardial infarction and found no difference between patients treated with aspirin alone versus rivaroxaban alone.

Participants were randomized to combination therapy (aspirin 100 mg once daily plus rivaroxaban 2.5 mg twice daily), monotherapy with aspirin (100 mg once daily), or monotherapy with rivaroxaban (5 mg twice daily). Major bleeding, mostly gastrointestinal, was seen in the combined treatment group, but there was no increase in intracranial or fatal bleeding.

The present analysis included subgroups of the COMPASS cohort who were randomized to combined treatment (n=9,152) or aspirin monotherapy (n=9,126), and focused on people with four types of high-risk features: those with two or more vascular beds affected, chronic kidney disease, mild-moderate heart failure, and diabetes. Patients with none, one, two, and three or four high-risk features at baseline had 4.2, 4.8, 25.0, and 53.9 fewer deaths, respectively, per 1,000 patients treated for 30 months.

“The data provided by Eikelboom et al provide important new information that helps to identify the patients most likely to benefit from dual pathway inhibitor therapy,” wrote Jonathan Halperin, MD, of Mount Sinai Medical Center in New York City, and colleagues in an accompanying editorial. “Reduction in cardiovascular mortality with the combination of low-dose rivaroxaban plus aspirin at the cost of more frequent extracranial bleeding but no significant increase in intracranial or fatal bleeding contributes to the estimate of net clinical benefit.”

“That benefit is easier to conceptualize then calculate, because it derives from outcome events that are heterogeneous in terms of both pathogenesis and impact,” the editorialists added. “It is reflected in all-cause mortality, which was reduced by dual pathway inhibition in COMPASS, largely as a result of lower cardiovascular mortality caused by coronary heart disease or stroke, deaths following cardiovascular procedures, sudden deaths, and deaths of unknown cause.”

In patients with PAD who had lower-extremity revascularization, VOYAGER-PAD compared aspirin plus 2.5 mg rivaroxaban twice daily versus aspirin alone and found reduced incidence of composite limb ischemia, major amputation, myocardial infarction, ischemic stroke, or death from cardiovascular causes (HR 0.85, 95% CI 0.76-0.96, P=0.009). All-cause mortality was no lower in the combined treatment group. Different criteria for major bleeding led to divergent conclusions regarding its incidence in that population.

In the COMPASS primary analysis, major bleeding was most often gastrointestinal and occurred more frequently with the combined regimen (HR: 1.70, 95% CI 1.40-2.05, P<0.001). There was no significant increase in rates of intracranial or fatal bleeding.

“In both COMPASS and ATLAS ACS-2– TIMI 51, fatal bleeds were much less common that fatal ischemic events and were not significantly increased with the use of 2.5 mg rivaroxaban twice daily,” Eikelboom and colleagues wrote. “In contrast to the clear benefits of the combination of rivaroxaban and aspirin seen in multiple trials, rivaroxaban alone was not superior to aspirin in COMPASS, and neither rivaroxaban alone nor dabigatran alone were superior to antiplatelet therapy in patients with embolic stroke of uncertain source.”

“These findings suggest that targeting both coagulation proteins and platelets can help to maximize the benefits of long-term antithrombotic therapy in patients with chronic atherothrombotic vascular disease,” they concluded.

The immediate challenge is to identify patients who are likely to gain survival advantage from the specific dual pathway regimen validated in this analysis, the editorialists observed. “That regimen is not appropriate for every patient with atherosclerosis, but for many of those with diabetes, involvement of more than one vascular bed, or ischemic heart disease underlying clinical heart failure, such treatment can begin today,” they wrote.

Early termination of the COMPASS trial may have led to overestimation of the efficacy of the combined therapy, Eikelboom and co-authors acknowledged. The study also has limitations inherent to post hoc analysis.

The COMPASS study was sponsored by Bayer.

Halperin has performed consulting activities with Bayer HealthCare, Boehringer Ingelheim, and Ortho-McNeil-Janssen, and has served on the Steering Committee of the CATALYST trial which is sponsored by Abbott.