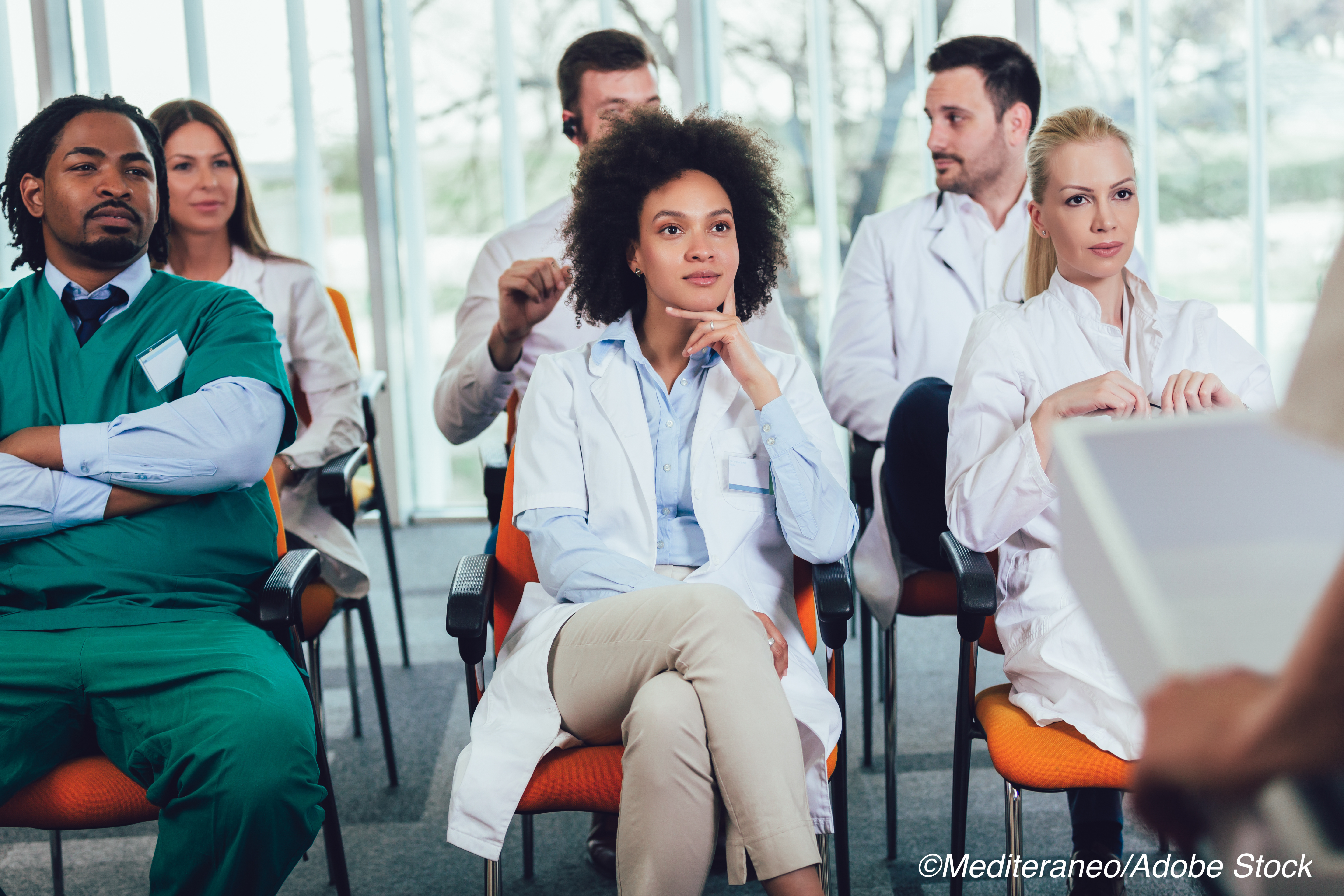 Only one-third of program directors had a health disparities curriculum

“This survey study found that the existence of health disparities curricula among internal medicine residency programs were below goal levels established by national accrediting bodies and that existing curricula were not associated with resident’s perception of training in these domains,” wrote study first author Denise Dupras, MD, PhD, a physician-researcher with Mayo Clinic College of Medicine and Science in Minnesota, and colleagues, in JAMA Network Open.

Despite longstanding calls for and efforts to increase health disparities-related training during residency, trainees have reported feeling unequipped to care for at-risk populations. For example, a 2010 survey found that only 14% of the residents felt fully prepared to care for the underserved, study authors noted.

According to Dupras and colleagues, their study was designed to learn more about what internal medicine residency training programs provide related to health disparities, as well as determine residents’ perception of the training.

Just over 70 percent (n=13,251) of residents who underwent health disparities-related training responded that they received only “some” training in that area.

Among the programs themselves, 84 [90.3%] each were reported to include education about racial/ethnic diversity and socioeconomic status. A majority of programs were reported to provide training specifically related to patients with limited English proficiency (n=54 [58.1%]). Gender (n=54 [58.1%]) and gender identity or sexual orientation (n=49 [52.7%]) also were included in a majority or near-majority of programs.

In most cases (n=52 [55.9%]), programs were not tracking outcomes related to health disparities education. In cases where residents were assessed, assessments most often occurred through direct observation (n=33 [35.5%]). Only 9 programs [9.7%] reported assessing residents based on clinical outcomes, with 8 programs assessing based on resident knowledge.

Study authors called for better assessment of residents and programs, and for programs and training to become more data-driven and collaborative.

Among the 132 programs that lacked a health disparities curriculum, self-reported barriers included time constraints (n=64 program directors [48.5%]), insufficient faculty skill (n=63 [47.7%]), lack of institutional support (n=42 [31.8%]), and lack of faculty interest (n=29 [22.0%]). In the same subgroup, 40 program directors (30.5%) reported plans to develop a curriculum in the coming year. The same number of program directors reported having no such plans.

According to study authors, new relationships across programs and care settings could bring internal medicine residents into closer and more consistent interaction with relevant patient populations.

“There are opportunities to explore partnerships among residencies, institutional clinical practices, and communities for productive collaborations around disparities-related quality improvement projects to address gaps in health care that are specific to the populations they serve,” Dupras and colleagues wrote.

The most notable study limitation identified by the authors was the fact that the survey asked residents whether they had received training related to at-risk populations, rather than whether they specifically underwent a formal health disparities curriculum.

In an editorial accompanying the study, Alicia Fernandez, MD, an internist with the University of California San Francisco and a board member of the American Board of Internal Medicine, and who was not affiliated with the study, wrote that medical education can be a relatively simple solution to the overwhelming challenge of addressing health disparities in the U.S.

“At a minimum, all residents should be trained to care effectively and equitably for their individual patients irrespective of their race, ethnicity, or preferred language,” Fernandez wrote. “An all-of-medicine approach starts with residency directors and academic departments and then moves beyond academic medical centers… Put simply, although it is certainly possible, reducing disparities in health will be very hard. In contrast, ensuring that the next generation of internists is trained in health and health care disparities is quite simple. We just need to get on with it.”

Effect of Electroacupuncture on Urea and Creatinine Levels in the Wistar Sepsis Model.

Factors associated with exercise adherence to prevent or treat neck and low back pain: A systematic review.

Fortified Foods Are Major Contributors to Apparent Intakes of Vitamin A and Iodine, but Not Iron, in Diets of Women of Reproductive Age in 4 African Countries.