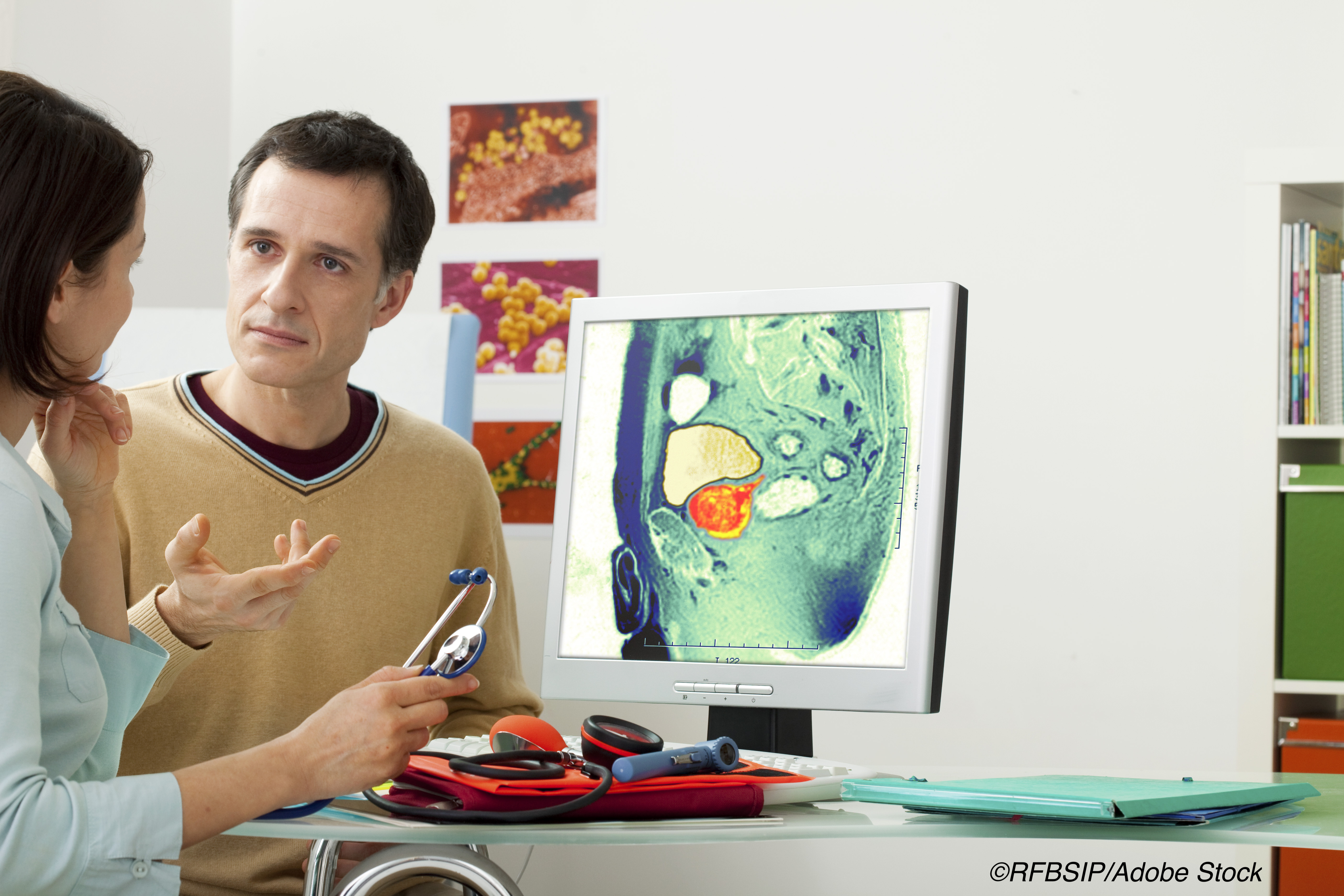 Furthermore, the MRI-TB approach detected more clinically insignificant disease than TRUSBx in the same cohort of men, obviating the need for biopsy in a substantial proportion of the MRI-TB group, the same study found.

For the detection of GG3 or greater cancer, there was little difference between either approach at 13.2% in the MRI-TB arm versus 11.1% in the TRUSBx arm.

“There is an unmet need for a test that identifies clinically significant prostate cancer without overdiagnosing insignificant cancer,” Klotz and colleagues pointed out. “The intervention of MRI followed by MRI-guided biopsy in men at risk of prostate cancers…offers substantial advantages over an initial systemic biopsy.”

For the PRECISE study, men were assigned to undergo MRI, with targeted biopsy of lesions with a PI-RADS score or 3 or greater or to systematic, 12-core TRUSBx.

“The primary outcome was the proportion of men with clinically significant cancer (grade group [GG] ≥2 diagnosed in each arm,” Klotz and colleagues wrote.

Men in the MRI-TB arm who had a negative result as well as those in the TRUSBx arm whose biopsy results were negative were scheduled to have a repeat MRI at 2 years.

In the same biopsy population, GG1 cancers were detected in 16.9% of men in the MRI-TB arm compared with 24.3% in the TRUSBx arm.

“The MRI arm experienced 25% fewer adverse events, [while a]mong only those men who underwent biopsy, the rate of adverse events remained in favor of the MRI-TB arm, although with a reduced risk difference,” the researchers added.

Importantly, the frequency of detecting a cancer with a PI-RADS score of ≥3 using MRI-TB varied considerably between centers, ranging from 42% to 83% (P=0.01). Similarly, detection of GG2 or greater cancers ranged from 50% to 82% among men who underwent a biopsy, depending on the center involved (P=0.02).

As the authors point out, PRECISE was designed along similar lines to the PRECISON study, and while results between the 2 studies were similar, there were some differences.

In PRECISE, for example, almost 38% of men had a negative MRI result and thus avoided biopsy; in PRECISION, only 28% of men were able to avoid biopsy.

“The absolute difference in the finding of clinically significant cancer was 5.2% in PRECISE vs 12% in PRECISION,” they noted.

However, the diagnostic rate for GG1 cancers was remarkably similar between the 2 studies in both arms at 10.4% by MRI-TB and 24.3% by TRUSBx in PRECISE versus 9% and 22% respectively, in PRECISION. Similarly, among men who underwent a biopsy in both studies, there was a 25% absolute difference between the likelihood of MRI-TB detecting a GG2 or greater compared with TRUSBx in both studies, investigators added.

Commenting on PRECISE findings, Olivier Rouviere, MD, PhD, University of Lyon, France, noted that findings from the current study confirm the validity of the so-called MRI pathway, in which MRI is used as a triage test followed by targeted biopsy in men with a positive MRI, in that this pathway obviates the need for a substantial proportion of biopsies while reducing overdetection of grade 1 cancer compared with TRUSBx.

“PRECISION sparked hope that replacing systematic biopsy by the MRI pathway in biopsy-naïve patients could altogether reduce the number of biopsy procedures, reduce the overdetection of… grade 1 cancer, and improve the detection of… grade 2 or higher cancer,” Rouviere wrote. “[But t]he results of the rest of the literature suggest a more nuanced situation where one has to choose between maximizing the detection of…grade 2 or higher cancer using the combined pathway and reducing the number of biopsy procedures and the overdetection of…grade 1 cancer using the MRI pathway.”

Lastly, the editorialist noted that simple clinical variables, including prostate-specific antigen (PSA) density and digital rectal exam significantly predicted the presence of grade 2 or higher cancer regardless of the approach taken and he concluded: “Therefore, using only MRI findings to decide which patients should undergo biopsy is probably insufficient.”

The study was funded by grants from the Ontario Institute of Cancer Research and Prostate Cancer Canada.

Neither Klotz nor Rouviere had any conflicts of interest to declare