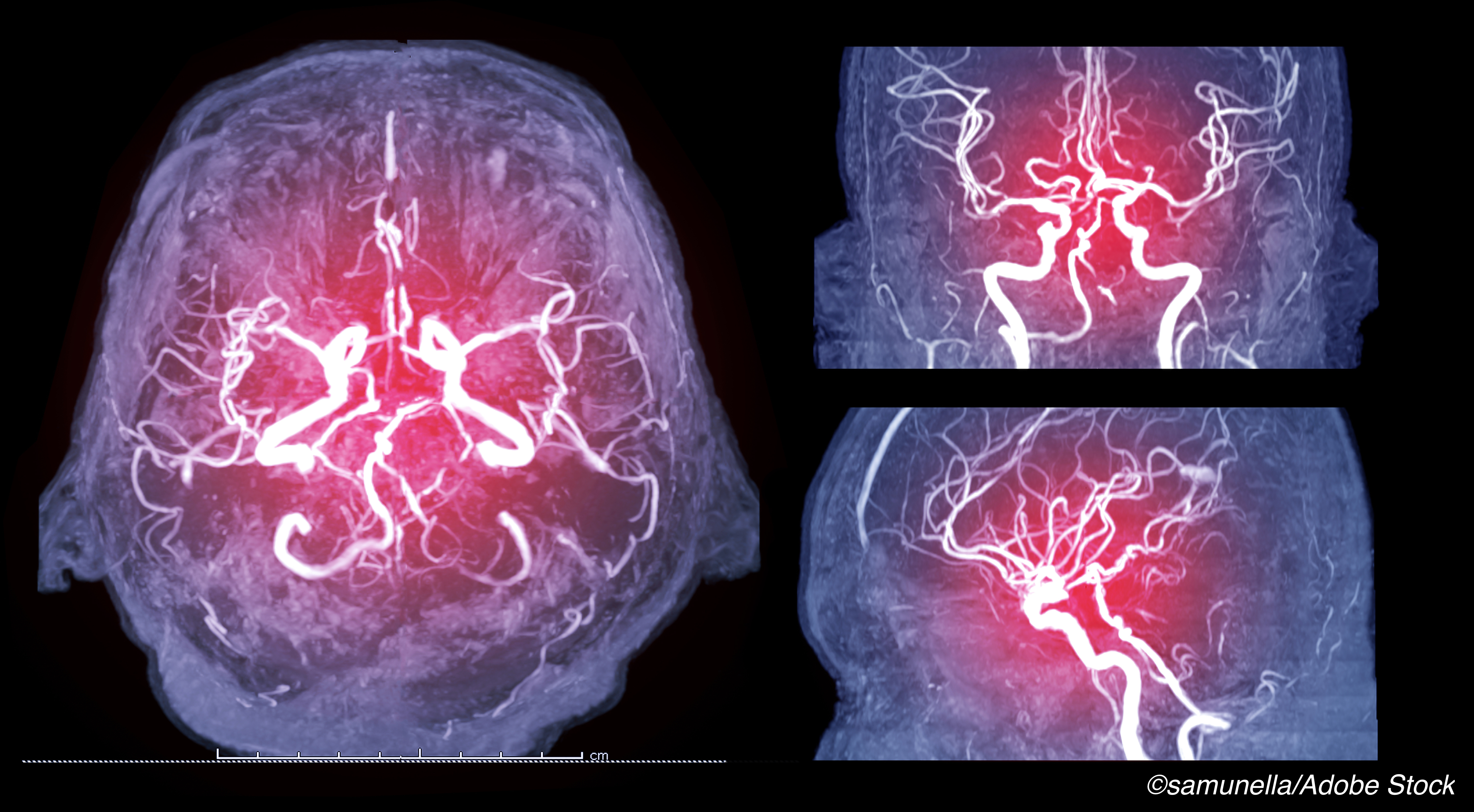 Multimodal CT screening of stroke patients beyond the 4.5-hour time window for IV thrombolysis or with unknown time of onset led to equivalent safety and clinical outcomes and faster door-to-needle times than MRI screening, a retrospective cohort study showed.

“IV-thrombolysis in ischemic stroke in the unknown or extended time window appeared safe in CT and MRI selected patients while the use of CT-imaging led to faster door-to-needle times,” wrote Bernd Kallmunzer, MD, of the University of Erlangen-Nuremberg in Germany, and coauthors in Neurology.

“This study provides Class IV evidence that for patients with ischemic stroke in the extended or unknown time window, imaging-based selection for IV-thrombolysis by multimodal CT compared to MRI led to shorter door-to-needle times.”

Of 184 patients with similar stroke severity and time from last seen as normal to admission who received IV-thrombolysis, 100 (54.3%) were assessed with multimodal CT imaging (non-enhanced CT, CT perfusion, and CT angiography) and 84 (45.7%) with multimodal MRI (including diffusion and perfusion weighted imaging).

In an accompanying editorial, Victor C. Urrutia, MD, of Johns Hopkins University, noted that conducting controlled trials for IV thrombolysis with unknown or extended time window “is increasingly more difficult in this population, as proven treatments reduce the population in which there is equipoise.” For the present trial, “clinical outcomes are comparable with the treatment arms of the trials of unknown and extended window patients, both in efficacy and safety,” he added.

“The most important contribution of [the present study] may be the demonstration that treatment with an IV thrombolytic in patients selected by perfusion imaging (CT or MRI), with no time limit, is feasible in a pragmatic ’real-world’ setting, with safety and efficacy outcomes comparable to previous randomized trials,” Urrutia wrote.

“Their approach, supported by these data, could serve as a model for designing a definitive trial that will finally get us there.”

In contrast to treatment of large vessel stroke with mechanical thrombectomy (recommended up to 24 hours from last known well with perfusion imaging selection), guidelines largely restrict IV thrombolysis to 4.5 hours. Extending this if safe and efficacious is desirable.

WAKE-UP (published in 2018) was stopped early after recruiting 503 of a planned 800 stroke patients with unknown time of onset. Patients were selected for therapy based on DWI-FLAIR mismatch on MRI imaging, suggesting a salvageable penumbra around the ischemic core. Those treated had better 90-day functional outcomes, but more intracranial hemorrhages than those not treated.

Two other trials ended early: ECASS-4 was stopped due to slow recruitment and found no benefit for IV thrombolysis 4.5-9 hours after symptom onset; EXTEND was stopped following publication of WAKE-UP, and found that IV thrombolysis between 4.5 and 9 hours after stroke onset or after the patient awoke with symptoms led to more patients with no or minor neurologic deficits at 90 days, but also more cases of symptomatic cerebral hemorrhage.

A 2019 meta-analysis of individual patient for those treated with IV thrombolysis beyond the 4.5 hour window having sufficient mismatch on MRI or CT imaging similarly found better functional outcome at 90 days with a higher rate of symptomatic intracerebral hemorrhage, but concluded the increase “did not negate the overall net benefit of thrombolysis.” A recent meta-analysis of data from EXTEND and EPITHET trials also supported a consistent treatment effect of IV thrombolysis in mismatch–selected patients through 9-hours and the wake-up stroke time windows.

In their analysis, Kallmunzer and colleagues included 184 sequential stroke patients at their institution between January 2011 and May 2019. They applied their institutional screening algorithm and randomized patients to CT or MRI screening.

For CT and MRI groups, respectively:

“The lack of significant difference in outcomes between imaging modalities may be due to confounding because of baseline imbalances between the two groups,” the editorialist wrote. “The median core volumes in this study were generally small, not unlike other studies using perfusion imaging for selection.”

Limitations include the fact that the imaging modality was chosen by the treating physician, potentially causing selection bias. Over the 8-year course of cohort accumulation, an increasing proportion of patients were evaluated with CT.

The editorialist reported grant funding from Genentech for OPTIMIST and was a site PI for TIMELESS. Parent-Targeted Intervention Can Up Communication With Teens

The effects of non-invasive brain stimulation on sleep disturbances among different neurological and neuropsychiatric conditions: A systematic review.