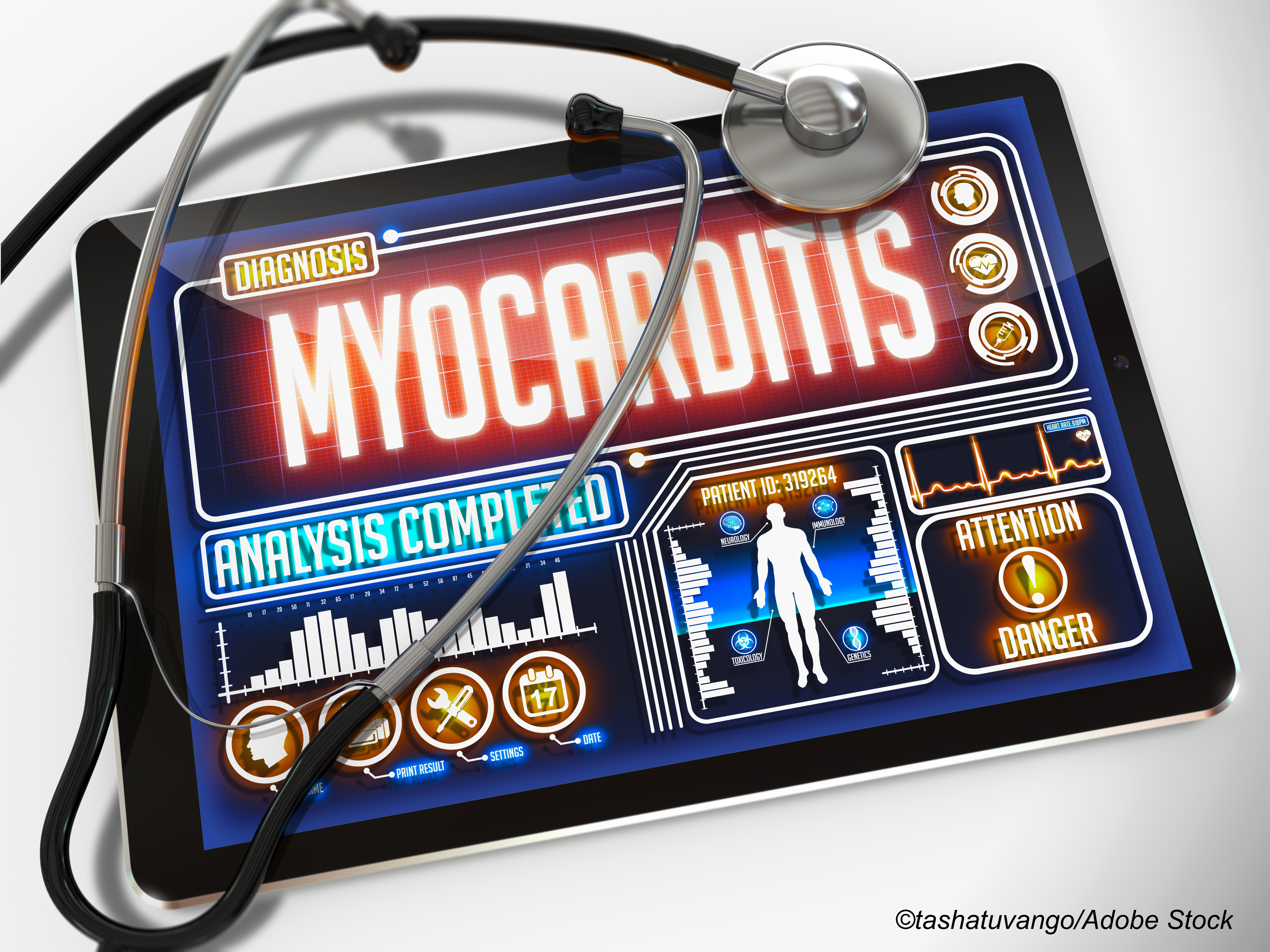 The risk for developing myocarditis due to SARS-CoV-2 infection was 4-to-40 times higher than the risk associated with Covid-19 vaccination, according to results from a population study from the United Kingdom that included 38 million vaccinated adults.

The study, led by researchers at the University of Oxford, included adults vaccinated against Covid-19 in England from December 202o through August 2021 with the BNT162b2 or mRNA-1273 vaccines, or the ChAdOx1 adenovirus vaccine.

Findings published in Nature Medicine revealed a small increase in myocarditis events after both the first and second vaccination doses, but the risk was limited to a 7-day period following vaccination. The vaccine-associated excess risk was observed in both men and women, but was consistently observed only in people younger than 40 years of age. The vast majority of vaccine-associated myocarditis cases were mild and self limiting.

“We estimate that the absolute number of excess myocarditis events in the 28 days following a first dose of adenovirus or mRNA vaccine is between 1 and 6 per million persons vaccinated, and the excess risk following the second dose of the mRNA-1273 vaccine is 10 per million,” wrote Martina Patone, PhD, of the University of Oxford, and colleagues. “By contrast, we estimated 40 excess myocarditis events per million in the 28 days following SARS-CoV-2 infection.”

The highest vaccination-associated risk was found to be among people receiving a second dose of mRNA-1273. In that group, the myocarditis event rate was 15 per million people vaccinated, but the researchers noted that the vaccine was introduced later than the others in the U.K., which could have impacted this finding.

“Further research is required to understand why the risk of myocarditis seems to be higher following mRNA-1273 vaccine,” Patone and colleagues wrote, adding that “[a]lthough the signal associated with myocarditis is strong for this vaccine, care is needed in the interpretation, and it would be useful to replicate our results in similarly large datasets internationally.”

The study also revealed an increased risk of pericarditis and cardiac arrhythmia’s associated with SARS-CoV-2 infection, but not with most Covid-19 vaccines.

In a separate exploratory study, published in JAMA Cardiology, researchers identified a key pathway thought to be related to SARS-CoV-2-associated myocarditis.

“The MAPK pathway plays an important role in stress response and immunity,” they wrote. “Signals from pathogen-associated molecular patterns (including viral infections) and other extracellular cues are transmitted into the cell and amplified by MAPK and have been implicated in the pathophysiologic mechanisms of various inflammatory diseases, including cardiac injury. Inhibition of MAPK-associated pathways has been associated with reductions in fibrosis and improvements in heart function in animal models of myocardial injury, offering therapeutic approaches to cardiac inflammation.”

The researchers concluded that their exploratory analysis “provides proof of concept for multimodal analysis of cardiac fixed-formalin, paraffin-embedded biopsy material, which may improve the diagnosis and treatment of heart diseases in the future.”

Limitations of the study from Patone and colleagues include the inability to determine the causality of the findings, reliance on hospital admission codes and death certificates to define outcome measures, possible referral bias, low number of individuals vaccinated with mRNA-1273, possible wrong inferences from multiple comparisons, and the limited number of control outcomes for a SARS-CoV-2 positive test.

Limitations of the study from Weckbach et al include the small cohort, that MAPK and B-raf pathway identification was done on the protein level but not in the transcriptome, and differences in SARS-CoV-2 RNA in cardiac autopsies between infected and non-infected patients.

The study by Weckbach and colleagues was supported by grants from the German Research Foundation and the Clinician Scientist Program.