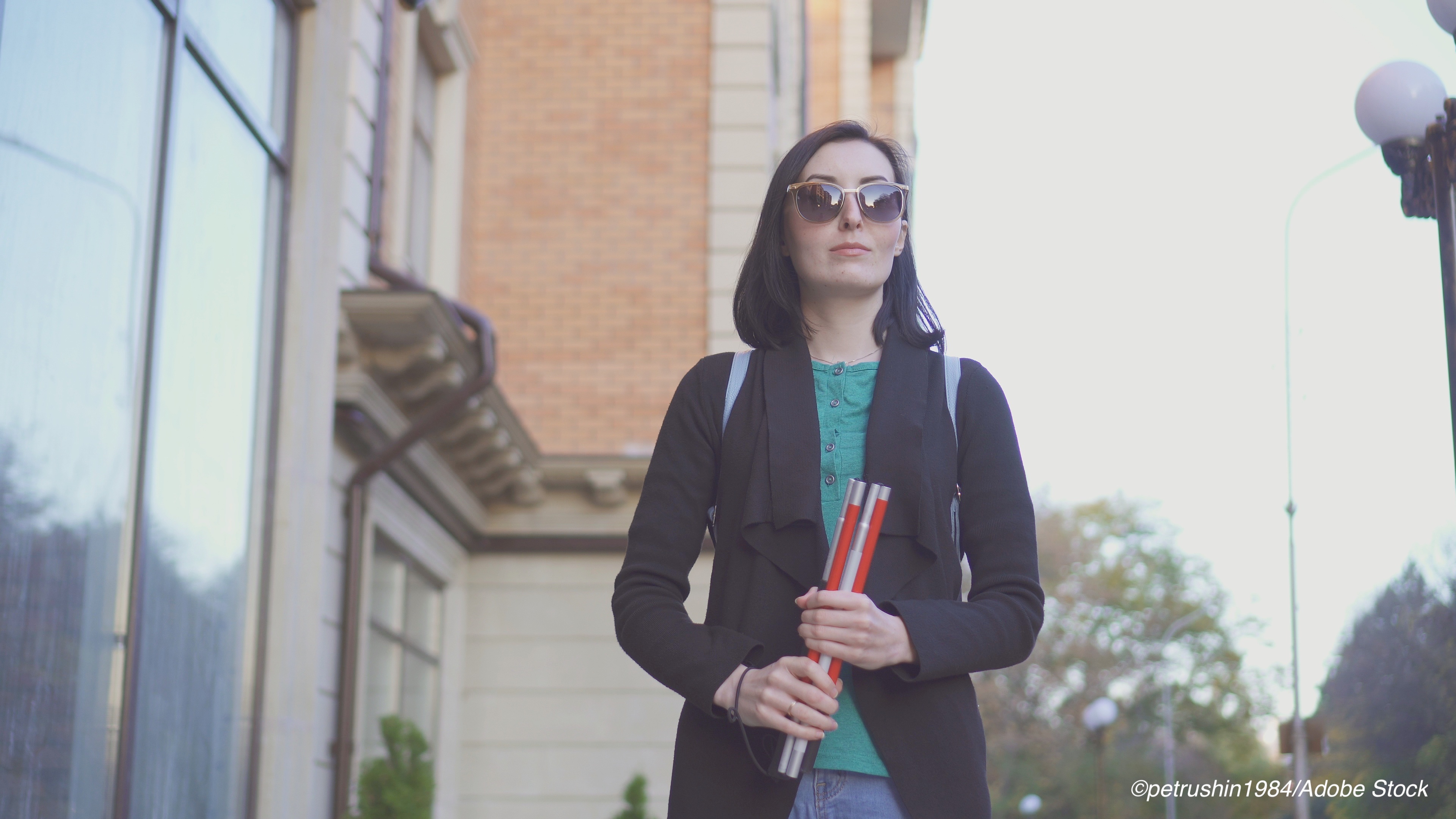 For visually impaired individuals, including those who are blind, a device that provides collision warnings led to fewer collisions and improved walking mobility in the home, according to a study published in JAMA Ophthalmology.

“People with vision impairments are at a higher risk of collisions and falls. To assist with obstacle detection and avoidance, long canes and guide dogs are commonly used mobility aids. However, the limited scanning range of the long cane and the costs associated with training and keeping a guide dog are major limitations. Although many electronic mobility aids that use electronic sensors and processors have been developed over the past few decades in an attempt to overcome such limitations, none have supplanted traditional mobility aids for various reasons,” wrote Shrinivas Pundlik, PhD, of Schepens Eye Research Institute of Mass Eye and Ear, Boston, and colleagues.

Pundlik and fellow researchers developed a wearable collision warning device to be used in tandem with other mobility aids, such as long canes. The device is comprised of a chest-mounted video camera that detects possible obstacles “based on the relative motion between the user and obstacles in the immediate surroundings.”

When an obstacle is detected, an alert is produced through two vibrotactile wristbands, which sound the alert when collision risks were high. Researchers based the device on time to collision instead of distance from objects and tested it in a double-masked, randomized trial in 31 patients (median age: 61 years; 58% male) who were blind or severely visually impaired, with a visual acuity less than 20/200 OU or restricted visual field (tunnel vision: <40° diameter remaining field), who were still independently mobile. Participants used the device for 4 weeks while engaging in daily mobility tasks. The primary outcome was the rate of contacts per 100 true hazards per hour.

In over half of patients (55%), visual impairment had occurred at birth or during early childhood, with a median duration of 38 years. Most used a long cane to improve mobility and had previously undergone orientation and mobility training. Sixty-one percent had a visual acuity of light perception only or worse, while 19% had visual acuity better than 20/200.

No serious adverse events occurred, but eight minor adverse events included minor contact with or brushing up against an object while walking occurred in six participants.

In an accompanying editorial, Gerald McGwin, Jr., MS, PhD, and Cynthia Owsley, PhD, MSPH, both of the University of Alabama at Birmingham, highlighted the difficulties in integrating any kind of measurement technologies in observational studies, including long hours sifting through video footage, subjective interpretation of recorded behaviors, difficulties with technological issues, and inconsistent use by participants.

Another limitation they cited was that some participants were blind, while others had varying visual acuity. Nevertheless, wrote McGwin and Owsley, these results are important.

“Pundlik et al take an in-the-world approach with their randomized clinical trial examining the at-home use of a chest-mounted collision warning device among persons with visual impairment and blindness. The device automatically detects potential collision hazards and relays their presence via a vibrotactile alert delivered to the person’s wrist. The rate (median [IQR]) of contacts with obstacles when the device was in the active intervention mode was 9.3 (8.4) versus 13.8 (17.0) when the device was in silent (non-alert) mode, reducing collisions by approximately 37%. While laboratory studies have demonstrated improvements in hazard avoidance with wearable devices, to our knowledge, this is the first study conducted in everyday settings; thus, the results have the potential for greater generalizability,” they concluded.

Other study limitations include that the results are based on only the review and analysis of events detected by the device, and that the possibility that collisions occurred in silent mode may have caused participants to become more cautious in their movements.

This study was supported by the US Army Medical Research and Material Command.

Pundlik is listed as inventor on a patent related to the collision warning technology, which is assigned to Mass Eye and Ear, and are cofounders of EyeNexo, a company involved in mobile vision measurement technology (unrelated to the present research).

Owsley reports grants from the National Eye Institute and Research to Prevent Blindness Departmental outside the submitted work.