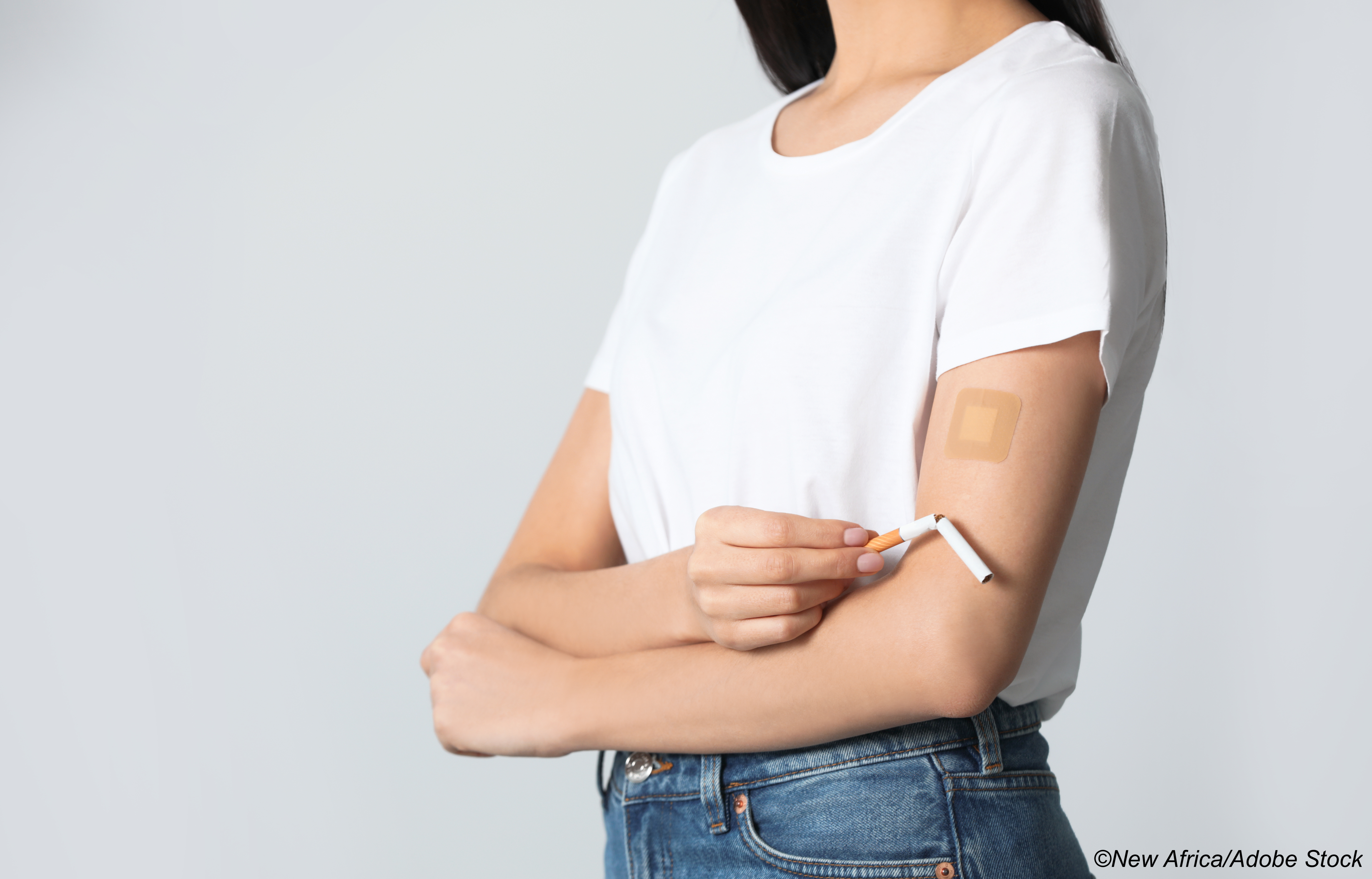 Combination treatment with varenicline and nicotine patch therapy did not lead to improved smoking abstinence among adults smoking at least five cigarettes a day, regardless of whether treatment was carried out for 12 or 24 weeks, researchers found.

Some research has reported significant increases in smoking cessation when varenicline is used in combination with a nicotine replacement therapy (NRT), leading the American Thoracic Society to “conditionally recommend varenicline plus nicotine patch combination therapy over varenicline monotherapy for smoking cessation,” Timothy B. Baker, PhD, of the Center for Tobacco Research and Intervention at the University of Wisconsin School of Medicine and Public Health in Madison, Wisconsin, and colleagues wrote in JAMA. However, most guidelines did not follow suit, either recommending monotherapies or combination therapy using different types of NRT.

There is also some evidence suggesting that extending the duration of anti-smoking pharmacotherapy increases its efficacy, but whether or not this applies to treatment with varenicline has not been thoroughly evaluated.

Baker and colleagues conducted their analysis through two Wisconsin research clinics, one in Madison and one in Milwaukee. Participants were included if they spoke English; smoked at least five cigarettes a day during the past six months; had an exhaled carbon monoxide (CO) level of 5 ppm or more; were at least 18 years old; expressed a desire to quit smoking; were not currently undergoing smoking cessation treatment; reported no other use of tobacco products (pipe tobacco, cigars, snuff, e-cigarettes, or chewing tobacco) within the preceding 30 days; had phone access; were willing and able to use both the nicotine patch and varenicline; were able to attend clinic visits over the next 12 months; and were not pregnant and were willing to use an acceptable birth control method during the study period.

The four treatment groups were:

Participants also received six 15-minute counseling sessions at study visits during week −2, target quit day, and week 2, as well as sessions over phone at weeks −1, 4, and 8. These sessions “focused on instructions for medication use, support, coping skills, and motivation to quit,” the study authors explained.

The analysis did not identify any subgroups for whom the various treatment options varied significantly, the study authors added.

In an editorial accompanying the study, Rajat S. Barua, MD, PhD, and Mohinder Vindhyal, MD, MEd, both of the University of Kansas Medical Center in Kansas City, Kansas, pointed out several strengths to the study by Baker et al, including the cohort size, long-term follow-up, and stratification by sex, race, treatment size, and tobacco dependence.

That being said, they noted that the current study had lower smoking cessation rates in the varenicline plus nicotine patch groups (24.4% at 12 weeks and 25.1% at 24 weeks) compared with other previous studies, which Baker and colleagues also acknowledged, saying that it was “unclear why standard varenicline combination therapy or extended varenicline monotherapy produced some positive effects in prior trials but showed little evidence of enhanced effectiveness in the present study.”

Barua and Vinhyal hypothesized that this difference might be related to the study authors using a lower exhaled CO cutoff (5 ppm or less) to confirm smoking cessation; most other studies used cutoffs of <9 ppm to 10 ppm. This lower cutoff, “along with the higher dropout rate and failure to follow-up, may have translated into the finding of lower cessation rates across all groups in the study by Baker et al,” they wrote.

And, they added, this cycle of abstinence and relapse means that “clinicians need to use a chronic disease management approach, which involves monitoring tobacco use over time and making frequent efforts to encourage and assist cigarette smokers in quitting tobacco products. As outlined in the clinical recommendations, all patients should have a tobacco use assessment at each visit, and based on their readiness to quit tobacco, the level of dependence, past quit attempts, and personal preferences, a stepwise tailored approach is needed to achieve successful tobacco cessation.”

Barua and Vindhyal noted that future studies on this subject should assess the impact of granting participants a flexible quit date—a tactic that has shown some success in previous trials—on smoking cessation, and that more effort should be made to assess the efficacy of combination treatment and longer therapy duration among Black cigarette smokers, who tend to have significantly lower quit rates than White smokers.

Study limitations included that a small proportion of patients couldn’t have their abstinence biochemically confirmed due to Covid-19 restrictions; the decline in medication adherence over the course of the study; and the loss of roughly 23% of the sample to follow-up, with an additional 9% withdrawing from the study prior to completion.

Pfizer supplied the study with free active and placebo varenicline as per an investigator-initiated research agreement. This research was supported by grants from the National Heart, Lung, and Blood Institute and from the National Cancer Institute (both awarded to the University of Wisconsin Center for Tobacco Research and Intervention).

Barua and Vindhyal had no relevant relationships to disclose.