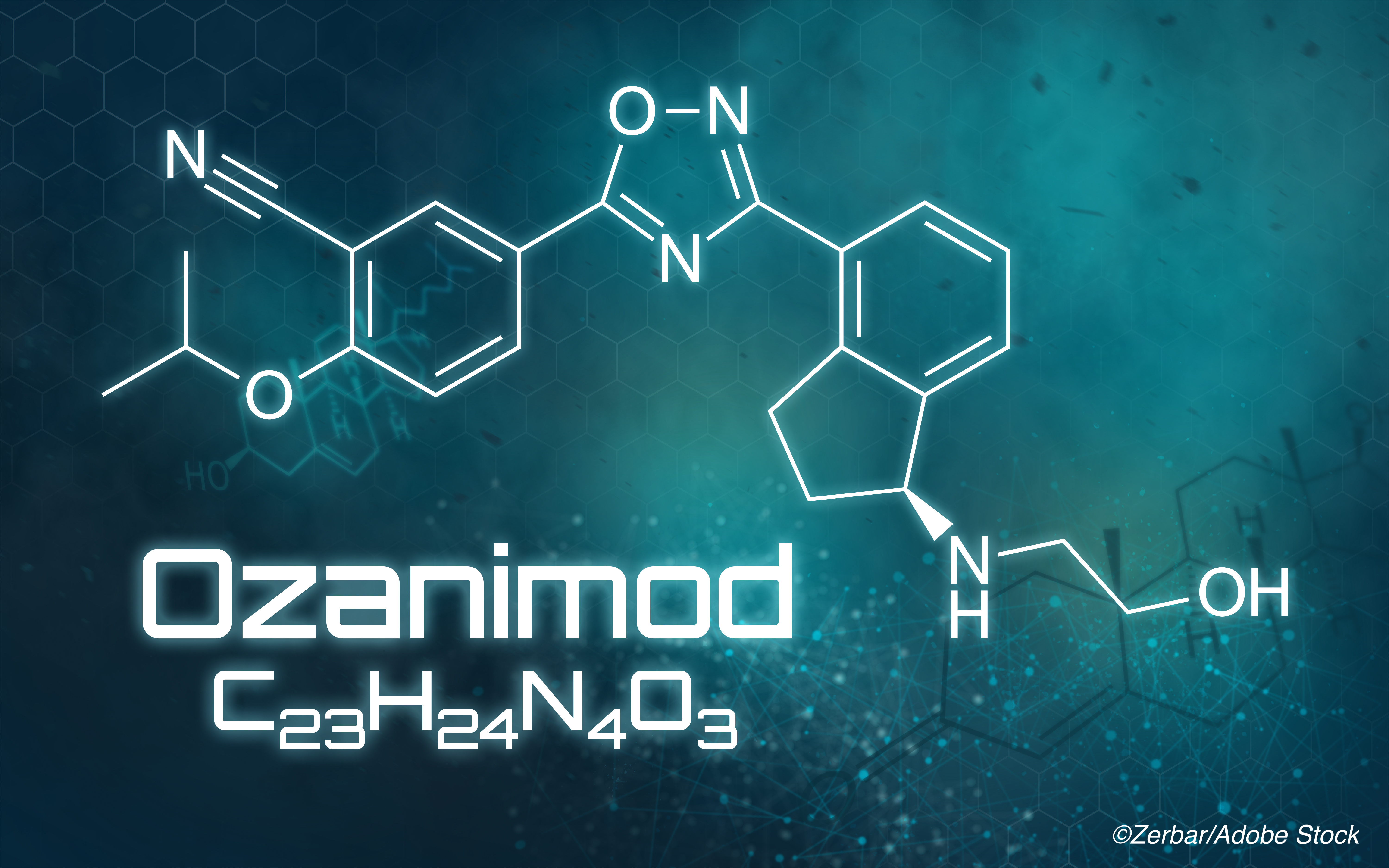 A total of 2,631 people with RMS had exposure to ozanimod 0.92 mg for an average of 32 months at data cutoff, approximately 14 months longer than in the drug’s phase III studies, reported Krzysztof Selmaj, MD, PhD, of University of Warmia and Mazury in Olsztyn, Poland, and co-authors.

“Safety results in this larger RMS population with greater ozanimod exposure demonstrated no new safety concerns and were consistent with phase III trial results,” they wrote in Multiple Sclerosis and Related Disorders.

Ozanimod, a sphingosine-1-phosphate (S1P) receptor 1 and 5 modulator, was approved by the FDA for RMS in 2020. The drug blocks the capacity of lymphocytes to egress from lymphoid tissue, reducing the number of lymphocytes in peripheral blood.

The FDA decision was based on two phase III studies — RADIANCE and SUNBEAM — that found oral ozanimod HCl at either 1 mg or 0.5 mg once daily superior to weekly intramuscular interferon beta-1a 30 μg on measures of MS disease activity and brain volume loss. Safety was similar to interferon and no cases of ozanimod-related symptomatic reduction in heart rate or atrioventricular block were reported.

In their updated safety analysis, Selmaj and colleagues analyzed parent study data of RMS patients exposed to ozanimod in phase I, II, III, and open-label extension studies with a data cutoff of Jan. 31, 2019. Participants were 18 to 55 years old and had Expanded Disability Status Scale (EDSS) scores of 0 to 5.0 (phase II and III trials) or 0 to 6.0 (phase I trial).

Overall, 2,631 RMS patients had a mean 32-month exposure to the higher phase III dose tested (1 mg oral ozanimod, equivalent to 0.92 mg ozanimod). Including patients exposed to the 0.5 mg dose, who were included in select analyses, the extended cohort numbered 2,787.

Incidence rates per 1,000 person-years for any treatment-emergent adverse events (TEAEs) were 772.2 in the updated analysis and 896.1 in phase III data. Serious TEAEs in the overall population were similar for the updated and phase III analyses (33.2 versus 31.2, respectively).

No second-degree or higher atrioventricular blocks were seen on electrocardiogram. Hepatic enzyme elevations typically were asymptomatic and transient. There was no increase in malignancy incidence compared with phase III data and minimal reductions in pulmonary function. A total of seven ozanimod-treated participants with comorbid risk factors (≤0.4%) had confirmed macular edema, including three in the ongoing open-label extension.

“Although there were more malignancies reported with ozanimod than with interferon beta-1a in the phase III trials, the low number of malignancies, relatively short duration of follow-up, and incidence rates with wide, overlapping CIs do not suggest an increase in the overall risk of malignancies with ozanimod,” they added.

Serotonergic medications for psychiatric, analgesic, cough/cold, or anesthetic indications were taken by 20.6% of the larger two-dose inclusive cohort, but no cases of serotonin syndrome were seen.

Despite required contraception for the trials, 36 of 1,868 females became pregnant. Of those proceeding to birth, outcomes were 18 normal and three premature live births with normal infants, with one case each of neonatal icterus, duplex kidney, and intrauterine growth retardation with normal one-year progress.

“Although the mean effective half-life of ozanimod active metabolites is approximately 11 days, elimination may take up to 3 months,” the authors noted. “Therefore, the 36 women who became pregnant during ozanimod treatment and continued their pregnancies after stopping ozanimod likely had some level of drug exposure during the majority of their first trimester.”

“The rate of spontaneous abortion (13.5%) was within the expected rate (about 20%) in the general population…” they added. “Nonclinical data indicate potential teratogenic effects; it is recommended that women use effective contraception during ozanimod treatment and for at least 3 months thereafter.”

Of eight deaths in the overall extended exposure population, three were from malignancy and one from pneumonia; two were accidents with one post-surgical pulmonary embolism and one complex course involving multiple neurologic disorders 10 months after ozanimod discontinuation in RADIANCE.

“This is the longest duration of ozanimod exposure reported to date (mean 32 months); however, since disease-modifying therapy for RMS in clinical practice is of indefinite duration, it is important to continue to collect safety data from longer term follow-up, which is ongoing in DAYBREAK,” Selmaj and co-authors said.

“One limitation is the lack of a control group in the open-label extension, preventing direct comparisons to other disease-modifying therapies,” they added. “Given that >99% of the participants were white, and nearly 90% hailed from Eastern Europe, generalizability of the findings to other populations is unknown.”

The ozanimod RRMS trials were sponsored by Celgene Corporation. The sponsor was involved in data analysis and interpretation, and manuscript preparation, review, and approval.