Notable Drop in Use, Duration of Mechanical Ventilation in Preemies 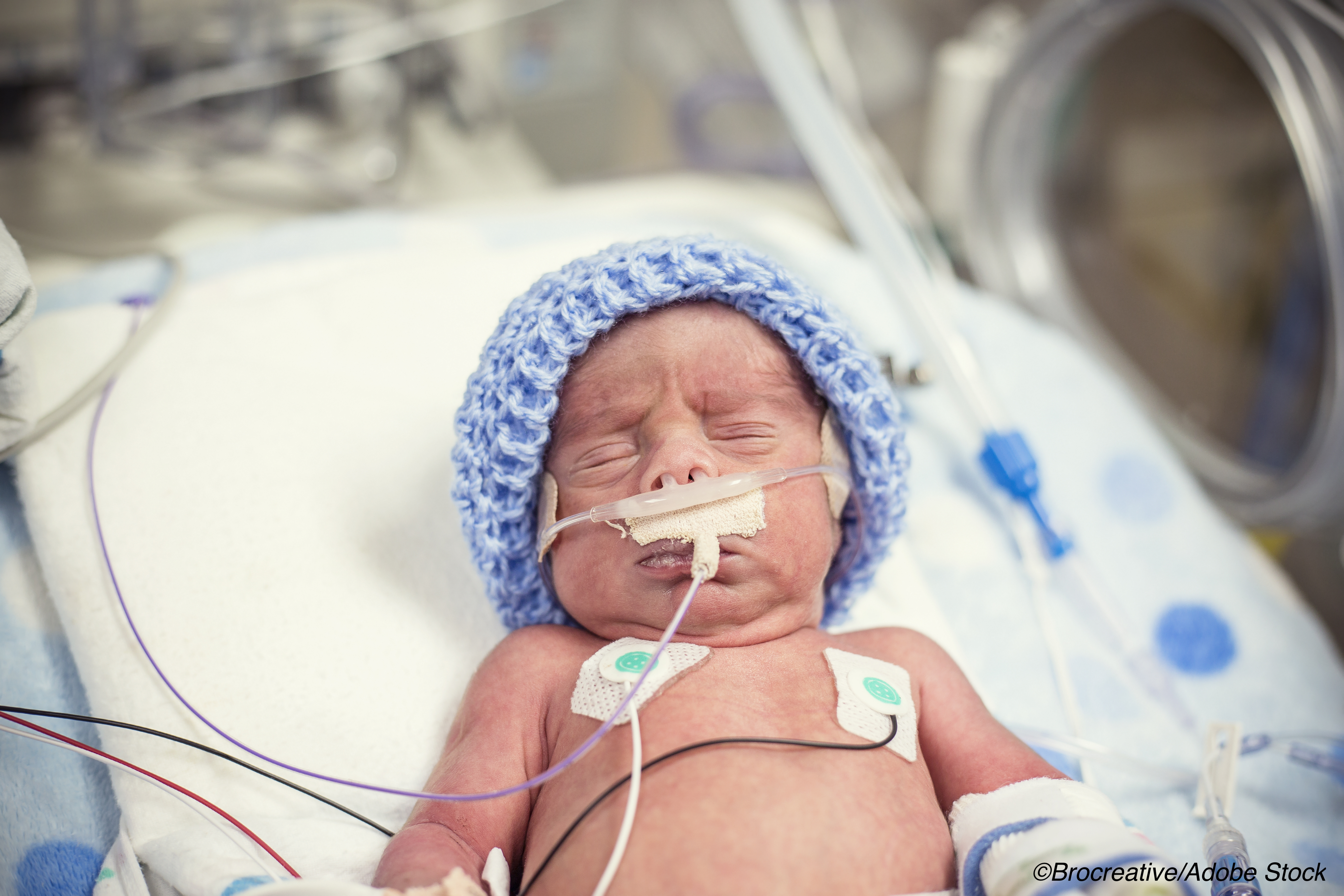 In this evaluation of temporal changes in MV and noninvasive respiratory support in U.S. preterm infants, there was an overall increase in respiratory support duration, specifically an increase in NIV from 57.9% of infants in 2008 to 67.4% in 2018 for an adjusted relative risk for annual change of 1.02 (95% CI 1.02-1.03). Also, mean NIV duration increased by 3.2 days, respectively (95% CI 2.9-3.6 days), the authors wrote in JAMA Pediatrics.

Hatch and co-authors reported that in the overall national cohort of about 1.17 million, “MV use decreased from 22.0% in 2008 to 18.5% in 2018, with an estimated 29 700 fewer ventilated infants and 142,000 fewer days of MV than expected during this period… these changes might represent significant improvements in neonatal respiratory care over the past decade.”

The findings “provide evidence that the respiratory care for premature infants continues to evolve,” noted Sara B. DeMauro, MD, MSCE, and Erik A. Jensen, MD, MSCE, both of the Children’s Hospital of Philadelphia, in an editorial accompanying the study. “At times, these shifts represent a clear response to definitive data from randomized clinical trials. In other cases, these shifts more likely represent therapeutic drift, and may or may not be appropriate.”

For example, in the 1980s, evidence emerged that exposing extremely preterm infants to mechanical ventilation was linked with increased risks of bronchopulmonary dysplasia (BPD) and neurodevelopmental impairment, and use of this method declined in the 1990s, DeMauro and Jensen explained.

However, a 2013 meta-analysis showed only moderate benefit with prophylactic nasal continuous positive airway pressure (CPAP) with routine intubation and mechanical ventilation in extremely preterm infants, Hatch’s group showed “the trend toward greater CPAP use predated the availability of definitive trial evidence,” they wrote.

Hatch’s group suggested that expanded use of CPAP and/or nasal intermittent positive-pressure ventilation (NIPPV) in U.S. NICUs as first-line respiratory strategy in preterm infants was the main factor of decreasing MV from 2010 to 2018.

The study authors have “presented… a clear research agenda: rigorous trials of novel strategies to protect the preterm infant lung and reduce the risk of BPD must remain a priority. Moreover, these efforts must be accompanied by studies that characterize the effect of evolving respiratory care for preterm infants on long-term pulmonary outcomes and neurodevelopment in this high-risk population,” according to DeMauro and Jensen.

Hatch’s group used Pediatrix Clinical Data Warehouse for the clinical cohort and National Inpatient Sample for the national cohort for preterm infants (<35 weeks’ gestation) who did not have congenital anomalies. All received active intensive care and were discharged home or died in the birth hospital from January 2008, through December 2018. Data analysis was done from from December 2019, to December 2020.

Among the infants in both cohorts, less than half were girls and the majority were White. Around one-third were cesarean section delivery. Birth weight in the no-MV arm of the no-MV cohort was 1,945 g (about 4.3 lbs) while in the any-MV arm it was 1,080 (around 2.4 lbs). More infants in the any-MV arms were considered small for gestational age (GA) at 13.4% versus 9.5% in the no-MV arm.

The authors stratified the data by sex and race, and reported that “both the absolute and relative decreases in MV were similar across the various groups,” with the largest absolute reduction in MV duration seen in Black infants (mean days −2.3, 95% CI, −4.0 to −0.8).

“The largest absolute increases in the duration of positive-pressure respiratory support occurred in infants from 27 to 29 weeks’ GA,” they wrote. “Nationally, the mean GA of ventilated infants decreased during the study period as the number of infants less than 29 weeks’ GA increased.”

Overall, Hatch and co-authors estimated that about 29,700 fewer infants received MV in the national cohort from 2009 to 2018 than expected from MV practices in 2008. However, for all infants with <37 weeks’ GA, regardless of diagnosis or transfer status, they estimated that 37,480 infants received MV during birth hospitalization, with a total hospital length of stay of about 1.8 million days and in-hospital costs of $3.9 billion. So “although use of MV has decreased, preterm respiratory failure continues to consume substantial national health care resources,” they wrote.

They also pointed out that other research has indicated that surfactant use significantly increased in the 1990s and 2000s, but that their data showed “increasing adoption of NIV has reversed this change. On a related note, a recent study from Sweden found that adherence to best practices and labels for surfactant use in newborn infants varied.

Study limitations included the use of two data sources that differed in the information they contained, and the fact that the two sources could not be linked so the authors could not guarantee that the populations were entirely comparable.

They agreed with DeMarco and Jensen that they’ve paved the way for more research on extremely preterm infants and why there has been increased use and duration of NIV in nearly all GAs.

DeMauro reported support from the National Heart, Lung, and Blood Institute, and the NICHD. Jensen reported no relationships relevant to the contents of this paper to disclose.