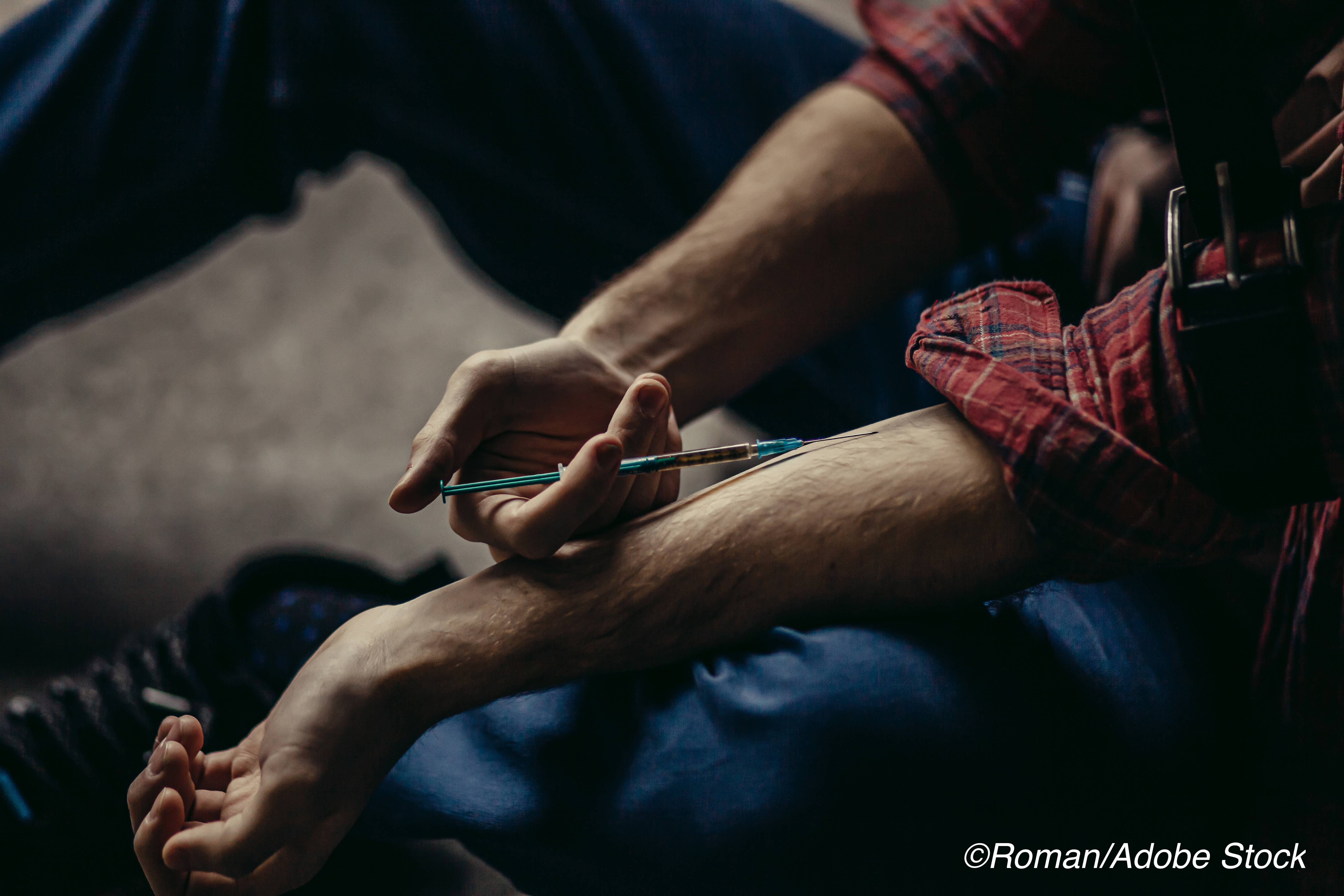 New bloodstream infections (BSIs) can affect nearly one-fourth (19.5%) of people who inject drugs (PWIDs) hospitalized for infective endocarditis, but discharging them for outpatient parenteral treatment is not associated with increases in either the incidence of new BSIs or with mortality, according to results from a study published in JAMA Network Open.

“Infective endocarditis in PWIDs is rising in incidence, coinciding with the opioid epidemic. Prolonged parenteral antimicrobial treatment is the standard of care for infective endocarditis in PWID,” wrote authors led by Charlie Tan, MD, of the Schulich School of Medicine and Dentistry, London, Ontario, Canada. “Outpatient parenteral antimicrobial therapy (OPAT) is safe, efficacious, and cost-effective for treating many infections, but PWID are generally not considered candidates. This decision is in part due to the risk of BSIs from ongoing intravenous drug use (IVDU), commonly through central venous catheters inserted for antimicrobial treatment,” they added.

Thus, Tan and colleagues sought to determine the clinical factors and characteristics of new BSIs in PWID receiving treatment for infective endocarditis, and to compare new BSI rates in inpatient and outpatient settings and assess any associations between new BSIs and treatment settings with mortality.

In this retrospective cohort study, they included 420 consecutive episodes of infective carditis that occurred in 309 PWIDs (mean age: 35.7 yeas; 50.7% male) admitted to three tertiary care hospitals in London, Ontario, Canada. Most had Staphylococcus aureus endocarditis (77.6%) of the tricuspid valve (70.5%). The most frequently injected substances were opiates (86.9%), and 76.4% of patients used more than one substance.

In 46.2% of patients, ongoing IVDU was confirmed by physicians and in 65.5%, via urine toxicology results. The most common infecting microorganisms were aerobic gram-negative bacilli (53.8%) and Candida species (28.2%).

In 19.5% of patients, infective endocarditis was complicated by new BSIs. Tan and colleagues found that a significantly higher rate of new BSIs was associated with:

Limitations of the study include its retrospective, nonrandomized nature, underestimations in patients receiving OPAT due to less stringent monitoring as compared with inpatients, and variations in OPAT treatment programs across facilities.

“There has traditionally been hesitation to manage PWID with OPAT because of perceived risk to both staff and patients themselves, and among the most prominent of these is the possibility of a new BSI resulting from ongoing drug use. To some extent, this belief has origins in the mutual mistrust that has characterized hospital care of PWID,” they wrote.

However, results from Tan and colleagues bolster previous findings that found OPAT to be safe and effective in these patients, noted Stewardson and Tong:

“A review of OPAT among PWID has previously suggested that OPAT may be both effective and safe, but the study from Tan and colleagues provides new evidence regarding the safety for carefully selected patients and the health benefits of OPAT for them. These findings align with previous evidence suggesting that from the patient perspective, rather than being the safe alternative, the ’social and structural conditions [in hospitals] produce discharges against medical advice and, in turn, more complicated and protracted medical treatment.’”

They added: “Importantly, Tan and colleagues found that outpatient treatment was not associated with an increase in frequency of new BSIs compared with inpatient treatment, challenging dogmatic concerns around the safety of OPAT for PWID. Rather, patients who had been predominantly treated in an inpatient setting (compared with an OPAT setting) experienced both a higher rate of new BSIs (HR: 4.49; 95% CI: 2.30-8.76) and higher 90-day mortality (HR: 3.39; 95% CI: 1.53-7.53).”

Thus, in carefully selected, low-risk PWIDs, OPAT may be a viable option, Stewardson and Tong concluded.

“It is clearly time to move beyond descriptions and to either implement the delivery of such services for as many PWID with infectious endocarditis as possible or, if resources are limited, to consider randomizing patients to such services,” they wrote.

This study was supported by the Ontario HIV Treatment Network and the St. Joseph’s Health Care Foundation.

Tan reported no conflicts of interest.