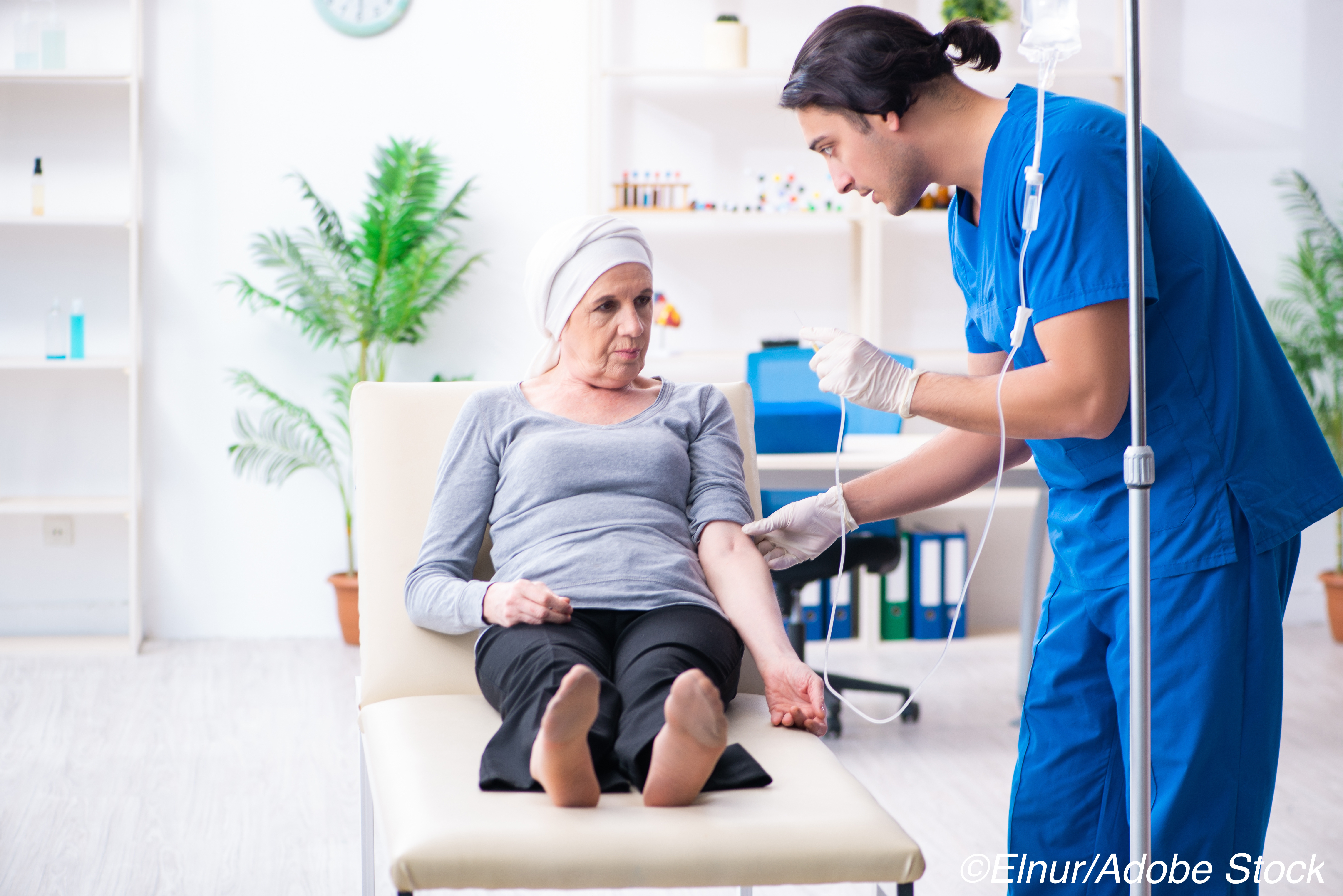 Given that the same study was unable to demonstrate any advantage in progression-free survival (PFS) with dose-dense weekly regimens, results from the new quality-of-life analysis do not support the routine use of weekly paclitaxel-containing regimens in newly diagnosed ovarian cancer, Sarah Blagden, PhD, University of Oxford, Oxford, the United Kingdom and colleagues concluded in the Lancet Oncology.

“To our knowledge ICON8 provides the largest and most detailed quality-of-life dataset of any neoadjuvant ovarian cancer trial,” Blagden and colleagues observed.

“[F]or patients undergoing upfront surgery, weekly paclitaxel-containing chemotherapy should not replace 3-weekly carboplatin and paclitaxel as standard of care for newly diagnosed ovarian cancer, since it neither improves progression-free survival nor is associated with improved quality of life,” they emphasized.

Patients in group 1 received carboplatin area under the curve (AUC)5 or AUC6 by intravenous infusion and paclitaxel 80 mg/m2 on day 1 of a 21-day cycle for 6 cycles.

All patients were invited to complete the European Organization for Research and Treatment of Cancer QLQ-C30 and QLQ-QV28 questionnaires that measures multiple quality of life domains including a global health status score.

Both questionnaires were completed on day 1 of each chemotherapy cycle as well as during follow-up visits at 6-weeekly intervals until 9 months from randomization.

Baseline questionnaires were completed by 92% of the cohort overall while 65% of the remaining 1,280 patients provided quality-of-life data at 9 months.

“At the 9-month timepoint, we found no significant difference in the QLQ-C30 global health score between the three treatment groups with cross-sectional analysis,” the authors reported.

Investigators did notice an improvement in mean global health scores from baseline to 9 months across the group as a whole although scores in all 3 treatment groups fell during the chemotherapy interval.

While these results indicate that patients who received weekly paclitaxel regimens had poorer global health than those who received chemotherapy every 3 weeks, the difference between the groups did not meet the threshold for clinical significance, as investigators also pointed out.

Other disparities between the treatment groups included differences in peripheral neuropathy scores.

For example, on cross-sectional analysis—though not longitudinal analysis—peripheral neuropathy scores were “statistically’ and “clinically” different between group 2 and group 1.

In contrast, a difference in peripheral neuropathy scores was not seen between group 3 and group 1 at the same time point, as the authors pointed out.

Investigators also looked for differences in quality of life as they related to the timing of surgery.

As they explain, patients could have upfront debulking surgery before initiating chemotherapy (immediate primary surgery) or delay primary surgery after receiving 3 cycles of neoadjuvant chemotherapy, the choice between the 2 being left up to the local gynecological oncology team.

At baseline, the global health score was significantly lower at a mean of 56.2 among patients who had delayed surgery compared to a mean of 61.7 those who had immediate surgery (P<0.0001), although overall, patients who had immediate surgery entered the study having recovered from surgery and thus had a better quality of life at baseline, as investigators pointed out.

Commenting on the findings, editorialist Shannon Westin, MD, University of Texas MD Anderson Cancer Center in Houston and colleagues noted that dose-dense chemotherapy was initially felt to be superior to an every 3-week schedule of carboplatin and paclitaxel after the JGOG-3016 study showed that dose-dense weekly paclitaxel given with every 3-week carboplatin improved PFS compared with the conventional regimen.

Indeed, ICON8 was prompted by findings from the JGOG-3016 study because of this promising PFS advantage at least in Japanese patients with advanced ovarian cancer.

In contrast, MIT07 trialists did find a difference in quality of life scores favoring the weekly chemotherapy regimen compared with the 3-weekly regimen, with scores worsening with every chemotherapy cycle given to ovarian cancer patients every 3 weeks.

Nevertheless, Westin and colleagues concluded that results from ICON8 show there really is no difference in quality of life between patients who receive a dose-dense weekly regimen and those who are treated every 3 weeks.

“Without improvement in quality of life and given multiple studies showing equivalent progression-free and overall survival, this study could be the end for dose-dense chemotherapy in ovarian cancer,” they observed.

“[T]he weight of evidence including the ICON8 results supports 3-weekly administration as the standard of care,” the editorialists concluded.

Blagden had no conflicts of interest to report but many of her co-authors did which are listed in the publication.

Advances and perspectives in carrier-free nanodrugs for cancer chemo-monotherapy and combination therapy.