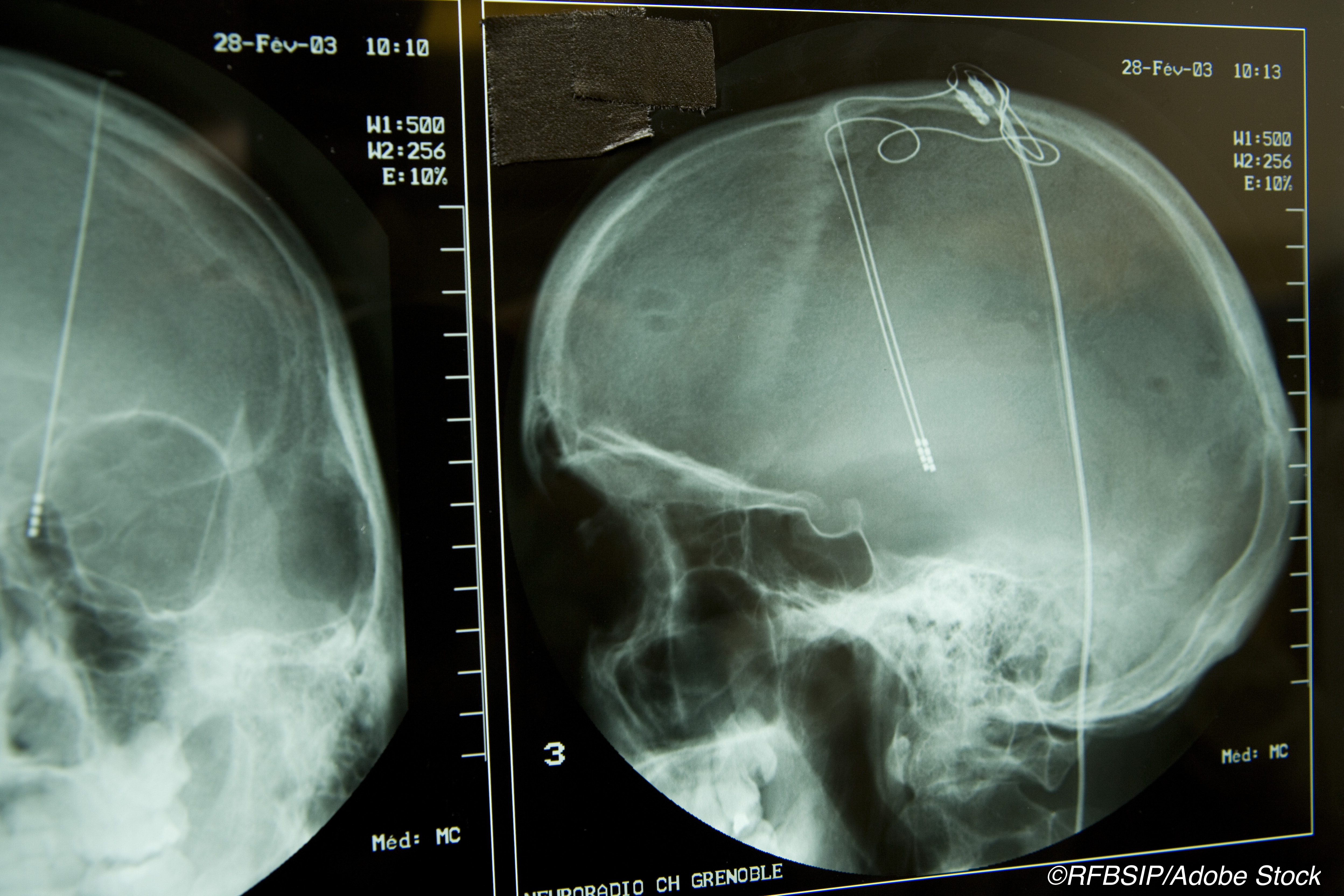 Compared with pre-surgical baseline, long-term follow-up after bilateral STN-DBS showed time spent with dyskinesia was reduced by 75%, time in the off state was reduced by 59%, and dopaminergic drugs were reduced by 50% (P<0.001 for all), according to Elena Moro, MD, PhD, of the CHU Grenoble Alpes in France, and co-authors.

“STN-DBS is still effective beyond 15 years from the intervention, notably with significant improvement in motor complications and stable reduction of dopaminergic drugs,” Moro and colleagues wrote in Neurology.

“Furthermore, despite the natural continuous progression of Parkinson’s disease with worsening of levodopa-resistant motor and non-motor symptoms over the years, STN-DBS patients could maintain an improvement in quality of life,” they added.

The findings demonstrate that “…STN-DBS continues to be effective for motor complications beyond 15 years, reducing time spent with dyskinesia by 75% and time spent in the off state by 58.7%; this is similar to the amount of improvement seen one year after surgery,” noted Kelvin L. Chou, MD, of the University of Michigan in Ann Arbor, and David Charles, MD, of Vanderbilt University in Nashville, Tennessee, in an accompanying editorial.

“[T]hese results are important when counseling potential candidates for DBS,” they pointed out. “A common question that patients have is ’How long do the benefits of DBS last?’ We can now reassure them that, at least for STN-DBS, improvement in motor complications lasts beyond 15 years and is often accompanied by improvement in quality of life. In other words, with STN-DBS, we can uncomplicate their motor complications for the long haul.”

Deep brain stimulation of the ventral intermediate nucleus of the thalamus was approved by the FDA in 1997 for treatment of essential tremor and the tremor of Parkinson’s. Following reports by Grenoble researchers that STN-DBS was effective in treating bradykinesia, rigidity, and tremor as well as reducing dyskinesia, off-time, and dopaminergic medication, STN-DBS, along with stimulation of the internal segment of the globus pallidus, was approved by the FDA in 2002 to treat advanced Parkinson’s disease.

Long-term improvement of Parkinson’s parameters was reported in a 2011 study of 14 patients treated for at least 9 years with bilateral subthalamic stimulation. Comparisons in that study showed 42% improvement versus baseline motor scores and a 39% reduction in use of dopaminergic drugs. Activities of daily living were not significantly improved.

In their study, Moro and colleagues evaluated 51 patients with bilateral STN-DBS at the Grenoble Alpes University Hospital from 1993 to 2004. At long-term follow-up, 12 patients lacked motor score evaluations and 24 patients lacked PDQL data. The cohort had mean age at surgery of 51 and mean disease duration of 11.35 years; 35% were female. Patients were followed an average of 17 years.

All had idiopathic Parkinson’s disease, were responsive to levodopa, had disabling motor complications (fluctuations or levodopa-induced dyskinesia), and were younger than 75 at the time of surgery. Those with any previous neurosurgical intervention for Parkinson’s, including stimulation with other electrodes, were excluded.

Prior research suggests that “…after five years, any quality of life improvement seen after STN DBS reverts to a level not different from baseline,” Chou and Charles observed. “This has often been attributed to the progression of levodopa unresponsive symptoms, such as balance, gait, speech, and cognition.”

“Several aspects of Parkinson’s disease, in addition to motor function, can influence quality of life, such as age, cognition, and non-motor symptoms, such as mood,” they continued. “It would have been interesting to know if there were significant changes in non-motor symptoms that could be responsible for the sustained improvement in quality of life, but such data were not available in this study.”

During long-term follow-up, five patients needed lead reimplantation, due to intracranial infections, lead malfunctions, or suboptimal lead placement. Many reported that adverse events, including motor and psychiatric complications, were primarily related to Parkinson’s disease itself, Moro and co-authors noted.

Limitations of the study include a cohort that was highly levodopa-responsive, with a 75.3% baseline improvement in motor scores from the off-state to the on-state. “Most DBS centers consider a levodopa response around 30% as an acceptable cut-off for moving forward with STN-DBS,” the editorialists noted.

The group also was young: they had an average age of 51 at the time of surgery and already had lived with Parkinson’s for an average of 11 years. The sample may be biased, as patients with available longer term follow-up are likely to be ones who are doing well.

The researchers reported no targeted funding.

Moro has received honoraria from Medtronic and Abbott for consulting and lecturing; she has received an educational grant from Boston and Newronika.

Chou received research funding from the NIH, Parkinson Study Group, Michael J. Fox Foundation, Eli Lilly, Voyager Therapeutics, and Neuraly. He has served on a data safety monitoring board for Abbott and Watermark Research Partners, Inc., as a consultant for Accordant and CNS Ratings, and received royalties from UpToDate and Springer Publishing.