IASP Revises Definition of Pain for First Time Since 1979 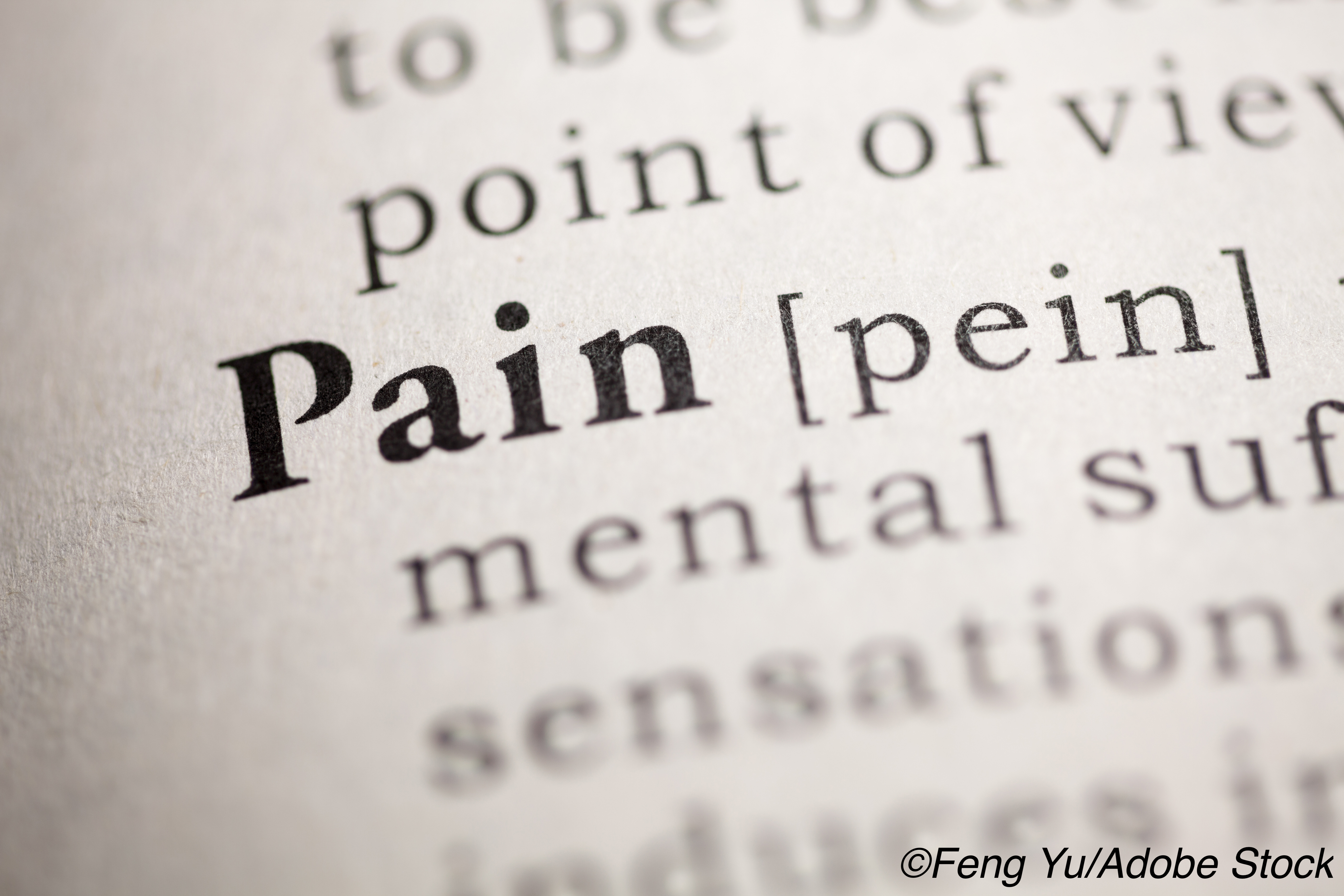 Revision is the first in more than 40 years

For the first time since 1979, the International Association for the Study of Pain (IASP) revised its definition of pain, which consists of a short statement, six accompanying notes, and the etymology of the word “pain” for further context.

The word’s etymology was added “to raise awareness among readers of its transactional, punitive meaning in contrast to other archaic words that emphasized the location of pain or its negative effect upon mood,” wrote Srinivasa Rajaa, MD, of Johns Hopkins University. and other IASP task force members, in a review published in PAIN.

“In recent years, some in the field have contended that advances in our understanding of pain in its broadest sense warrant a reevaluation of the definition,” they noted. “Several proposed modifications to the current definition of pain have stimulated considerable discussion with strong, sometimes fervent, opinions favoring or opposing the need for revision.”

In 2018, the IASP formed a 14-member, multi-national task force that included individuals with broad expertise in clinical and basic science related to pain to evaluate the previous definition and recommend whether it should be changed. The process to revise the definition also included input from philosophers, ethicists, and linguists.

The review in PAIN “provides a synopsis of the task force members’ discussions of the critical concepts, the analysis of the comments from the IASP membership and public, hand the committee’s final recommendations for revisions to the definition and notes that were unanimously accepted by the IASP Council,” Rajaa and co-authors said.

Concerns and goals included simplicity, practicality (including reading level and ease of translation into multiple languages), subjectivity of pain and many factors influencing it, distinctions between pain and nociception as activity in sensory pathways, relationship to ability to communicate the experience, including neonates and nonhuman animals, and non-adaptive and chronic pain.

“The revised definition retains from the current definition an emphasis on pain as an experience,” the authors pointed out. “The note explicitly distinguishes pain as a personal experience distinct from nociception. Although the task force reverted to the use of the term ’unpleasant’ to replace ’aversive,’ the new definition retains a reference to tissue injury: ’…associated with, or resembling that associated with, actual or potential tissue injury” to distinguish pain from other aversive experiences (e.g., nausea, itch, and dizziness),’” they continued.

In an accompanying editorial, Judith Turner, PhD, of the University of Washington in Seattle, and Lars Arendt-Nielsen, PhD, DMed, of Aalborg University in Denmark, noted that although the revision was undertaken “during a time of considerable focus on and concerns about the use of prescription opioid medications for chronic pain, the task force was initiated independently of those issues.”

“The changes in the definition of pain and accompanying notes might seem minor, but they are important,” they continued. “The statement in the 1979 note that, ’Many people report pain in the absence of tissue damage or any likely pathophysiological cause; usually this happens for psychological reasons,’ is removed in the revised notes. We know now that some types of pain, while not associated with tissue injury, are associated with nervous system dysfunction.”

In such cases, healthcare providers may communicate to patients with pain that there’s nothing wrong when imaging and other test results are normal, leaving patients to feel dismissed, frustrated, or angry, Turner and Arendt-Nielsen observed.

“Patients, providers, policymakers, and the public must all be educated that an individual’s experience of pain is valid, cannot be measured directly or proven/disproven by objective tests, and, especially when pain has persisted beyond several months, needs to be understood from a broad conceptualization that considers multiple possible biological (including the nervous system and brain) and psychosocial influences,” they wrote.

Raja is a consultant for Allergan and Lexicon Pharmaceuticals and is a co-investigator in a grant from Medtronic.

Turner and Arendt-Nielsen reported no disclosures.