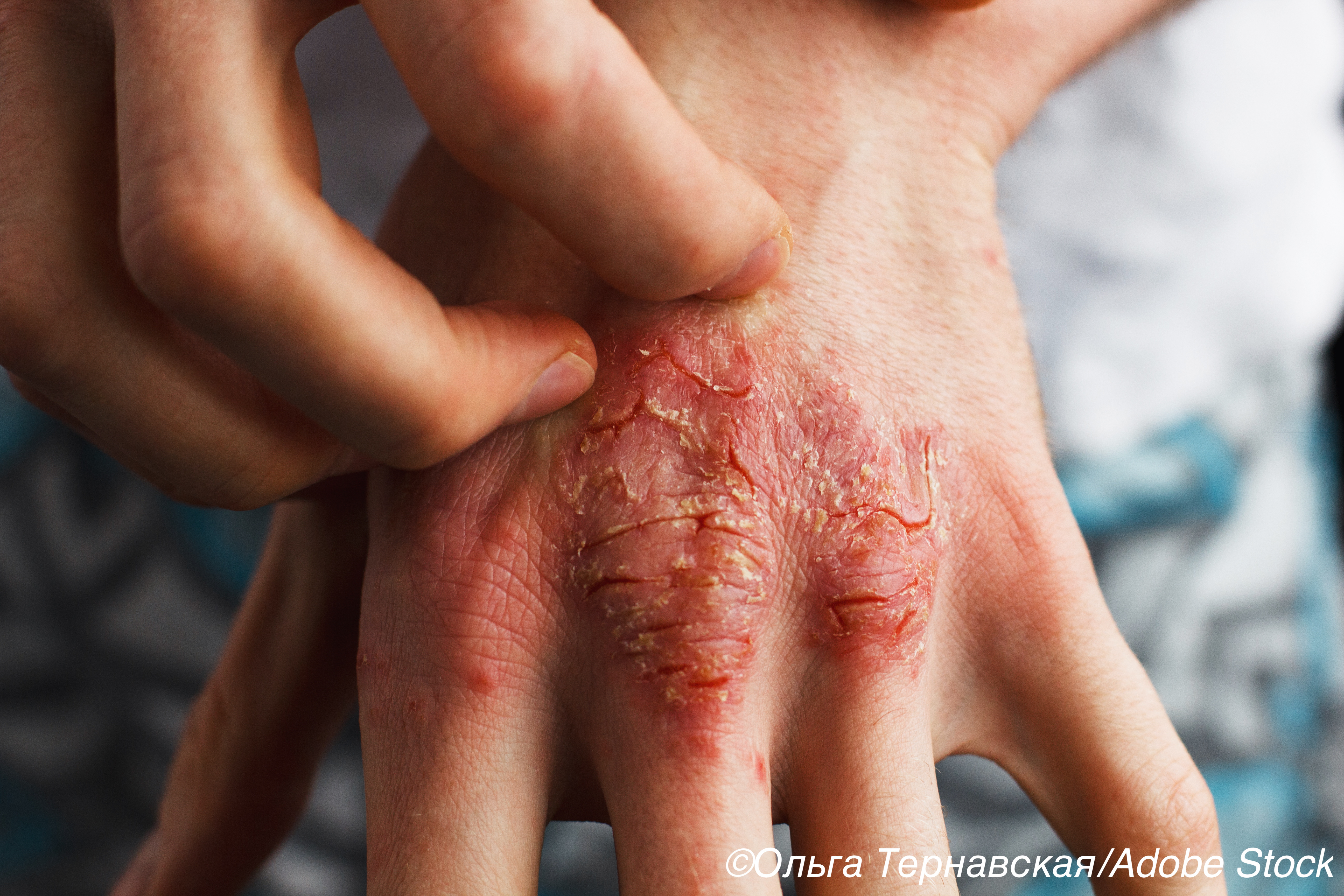 Roughly 1-in-4 users saw clear, near clear skin at 6 weeks

A topical version of a phosphodiesterase type 4 (PDE-4) inhibitor was significantly more effective than placebo for reducing psoriasis severity in a 12-week, phase II clinical trial.

At 6 weeks, more patients with chronic plaque psoriasis treated with once-daily roflumilast cream at 0.3% or 0.15% strength achieved clear or almost clear skin: 28% (0.3%) and 23% (0.15%). Just 8% of patients in the placebo vehicle cream arm of the trial reached this primary outcome.

The study findings were published online July 15 in the New England Journal of Medicine.

The researchers cautioned, however, that no conclusions about the relative efficacy of roflumilast cream versus topical glucocorticoids could be drawn from their historical comparison due to differences in trial design.

They noted that high-potency topical glucocorticoids are a main treatment option for chronic plaque psoriasis, but their use is generally limited to no more than 2 to 8 weeks due to the potential for long-lasting adverse events.

Topical vitamin D derivatives are also used to treat psoriasis, but they are less effective than topical glucocorticoids. Topical calcineurin inhibitors have also been used off-label to treat facial and intertriginous psoriasis, but their use has been associated with an increased risk for cancer and they now carry a black box label warning of this risk.

Studies have shown PDE-4 activity to be greater in psoriatic skin than in healthy skin. Inhibition of PDE-4 results in down-regulation of immune modulators, including TNF-α, interferon-γ, interleukin- 17, and interleukin-23.

All patients were ≥18 years of age with plaque psoriasis for at least 6 months and a score of at least 2 on the investigator global assessment (IGA) 5-point psoriasis severity score.

The primary study endpoint was IGA status of 0 or 1, indicating clear or nearly clear skin at week 6. The IGA assesses plaque thickening, scaling and erythemia, rating from 0 (clear) and 1 (almost clear to 4 (severe).

Study limitations included its short duration and the small number of patients with intertriginous psoriasis (approximately 15% of the participants).

The researchers concluded that “longer and larger trials are necessary to determine the effectiveness and safety of roflumilast.”

This study was funded by Arcutis Biotherapeutics.

Prinicipal researcher Howard Welgus reported being an employee of Arcutis Biotherapeutics and holding a pending patent on a formulation for improving roflumilast skin-penetration lag time.

Several other study authors were also employed by Arcutis Biotherapeutics.

Impact of notch signaling on the prognosis of patients with head and neck squamous cell carcinoma.

Clinicopathological and prognostic significance of circulating tumor cells in head and neck squamous cell carcinoma: A systematic review and meta-analysis. Impact of Psoriasis Explored for Hospital Outcomes of Acute MI