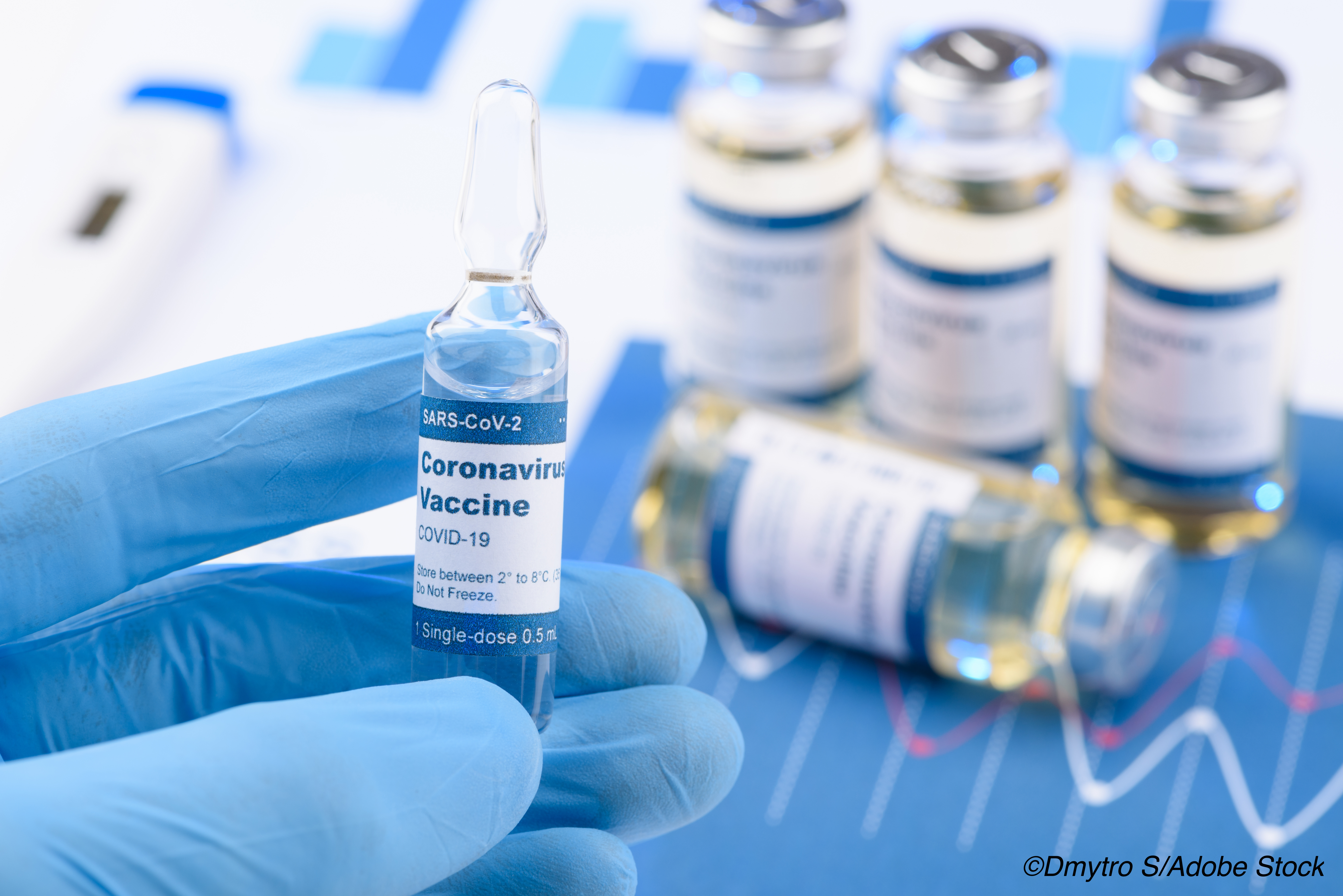 Peer-reviewed findings from the COVE trial showed the Moderna mRNA-1273 vaccine to have 94.1% efficacy for preventing Covid-19, with efficacy of 86.4% reported in older (≥65 years) study participants.

No significant safety concerns were reported among recipients of the mRNA-1273 vaccine at a median of 2 months follow-up.

The trial included 30,420 participants randomized to receive two doses of the mRNA vaccine (100 μg each) or placebo, and more than 96% of study participants received both doses. The COVE study findings were reported in the New England Journal of Medicine.

The U.S. Food and Drug Administration approved the Moderna mRNA vaccine for emergency use in mid-December, based on the better-than-expected findings from the large clinical trial. The approval came just days after Pfizer-BioNTech’s mRNA vaccine became the first Covid-19 vaccine to be granted emergency use authorization (EUA) status.

On Jan. 3, it was announced that the government is considering authorizing use of half doses of the Moderna vaccine in an effort to speed vaccinations in the U.S.

Speaking on the Sunday-morning news program “Face the Nation,” the head of the federal government’s Covid-19 vaccine program Operation Warp Speed, Moncef Slaoui, said the FDA is in talks with Moderna about the dosage change because the half dose has been shown to induce identical immune response to the full dose.

“We know that for the Moderna vaccine, giving half of the dose to people between the ages of 18 and 55, two doses, half the dose, which means exactly achieving the objective of immunizing double the number of people with the doses we have,” Slaoui said.

The phase III COVE trial included people at high risk for SARS-CoV-2 infection or complications from Covid-19 randomly assigned 1:1 to receive the two 100 μg doses of the mRNA vaccine or placebo, 28 days apart.

The primary study endpoint was prevention of Covid-19 illness with onset at least 14 days after the second injection in study participants who had not previously been infected with SARS-CoV-2.

A total of 2.2% of participants had serologic and/or virologic evidence of SARS-CoV-2 infection at baseline.

Among the main findings from the study:

“Overall, the safety of the mRNA-1273 vaccine regiment and platform is reassuring; no unexpected patterns of concern were identified,” wrote researcher Lindsey R. Baden, MD, of Brigham and Women’s Hospital, Boston, and colleagues.

In an editorial published with the COVE study findings, Barton F. Haynes, MD, of the Duke Human Vaccine Institute, Durham, North Carolina, wrote that the safety data on the Moderna and Pfizer-BioNTech vaccines has been reassuring. Unlike earlier preclinical trials in SARS-CoV-1 and MERS, no evidence of vaccine-associated enhanced disease (VAED) has emerged.

“In earlier SARS and MERS preclinical studies, VAED occurred with low neutralizing antibodies,” Haynes wrote. “Thus, it will be important for the FDA and the Centers for Disease Control and Prevention to continue to monitor clinical trials for safety after issuing an EUA, including assessment of VAED risk.”

Baden outlined important questions that remain regarding Covid-19 vaccines, including the duration of protection and whether vaccination protects against asymptomatic SARS-CoV-2 infection.

“That the mRNA Covid-19 and the BNT162b2 Covid-19 vaccines protect with near-identical 94 to 95% vaccine efficacies — and that both vaccines were developed and tested in less than a year — are extraordinary scientific and medical triumphs,” Haynes wrote. “This happened because the scientific community was prepared from years of technology development for other vaccines, such as those against HIV, influenza, respiratory syncytial virus, and Zika, and because clinical trials consortia were established that rapidly carried out Covid-19 efficacy trials. If mRNA-LNP vaccines significantly contribute to the control of the pandemic, mRNA technology has the potential to radically change vaccine design for future viral outbreaks.”

Funding for this research was provided by the Biomedical Advanced Research and Development Authority and the National Institute of Allergy and Infectious Diseases. Increased Risk of Colorectal Cancer in Individuals With a History of Serrated Polyps.