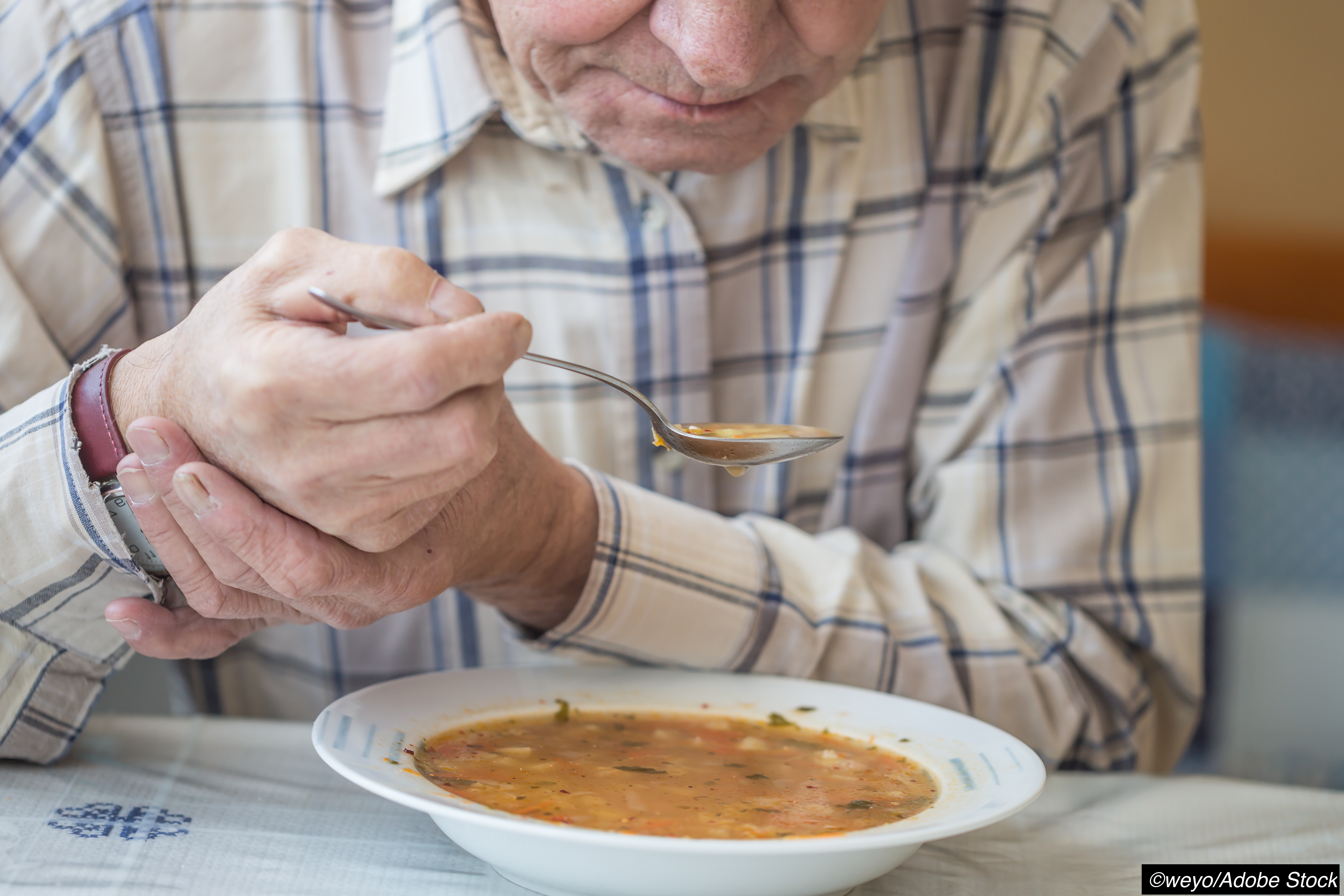 Some dopamine reuptake inhibitors may be more effective

In the trial of 500 PD patients, no statistically significant difference was found in Parkinson’s Disease Questionnaire mobility scores (PDQ-39) between adjuvant therapy with dopamine agonists and DRIs, reported Natalie Ives, MSc, of University of Birmingham in England, and co-authors.

Among the DRIs, however, mobility scores were a mean of 4.2 points better with monoamine oxidase type B (MAO-B) inhibitors than with catechol-O-methyltransferase (COMT) inhibitors, the researchers reported in JAMA Neurology.

“In this study, patient-rated quality of life was inferior when COMT inhibitors were used as adjuvant treatment compared with MAO-B inhibitors or dopamine agonists among people with PD who experienced motor complications that were uncontrolled by levodopa therapy,” Ives and colleagues wrote. “The MAO-B inhibitors produced equivalent disease control, suggesting that these agents may be underused as adjuvant therapy.”

“Although the differences between drug classes in our direct randomized comparisons were not highly significant, they were made more plausible because of the consistency of benefits observed across the different outcome measures,” they added.

The pragmatic trial studied 500 dementia-free patients with idiopathic PD who had motor complications uncontrolled by baseline therapy, recruited from February 2001 to December 2009. Mean age of participants was 73, and 62.8% were men. There was no placebo arm in this trial.

Participants from 64 geriatric or neurology centers, mainly in Great Britain, were randomized to one of three adjunctive treatments: a levodopa agonist, COMT inhibitor, or MAO-B inhibitor. Randomized assignments included the dopamine agonists ropinirole (43.2%) and pramipexole (35%); the COMT inhibitors entacapone (90.8%); and the MAO-B inhibitors selegiline (65.4%) and rasagiline (29.5%). Treatments were not blinded.

A primary outcome of the present analysis was the effect of study treatment on the PDQ-39 mobility domain score (range 0-100; higher scores indicate worse motor difficulties) which was assessed over a median follow-up of 4.5 years. The difference in PDQ-39 scores considered clinically meaningful at the time of study design was 6 points; currently, the clinically meaningful difference is considered to be 3.2 points.

In an accompanying editorial, Tanya Simuni, MD, of Northwestern University in Chicago, and Michael Okun, MD, of the University of Florida, Gainesville, noted that the study’s most important findings were in outcomes like treatment adherence, hospitalization, long-term dementia, and mortality.

Treatment withdrawal rates were in the range of 30% to 50% at one year and five years, respectively, regardless of treatment group, with the major reason being adverse effects, they noted. More than 50% of non-elective hospital admissions were PD-related, with falls, fractures, and worsening motor function being the most common reasons. Exploratory 10-year mortality and dementia analysis showed a nonsignificant lower mortality rate in the MAO-B group than the COMT (77% versus 78%, with 10 or fewer participants retained per group) and a nonsignificant lower risk of dementia in the MAO-B group with three participants retained in the COMT group and four in the MAO-B group.

“All of these numbers are consistent with the 10-year long-term outcomes reported in the late 1990s, and unfortunately, we have not observed improvement in these most meaningful outcomes in the subsequent two decades,” Simuni and Okun wrote. “These outcomes call into question the authors’ discussion of the superiority of MAO-B inhibitors to COMT inhibitors.”

“Even if there was a marginally significant benefit in the PDQ-39 motor domain, there was certainly no benefit for the most meaningful long-term outcomes,” the editorialists wrote. “The authors overemphasized the beneficial effects of MAO-B inhibitors, none of which reached statistical significance and were not the primary focus of the study. These conclusions might lead the reader to false impressions and result in the translation into clinical practice of preferential use of MAO-B inhibitors based on nonsignificant data.”

Meaningful comparison was restricted by high discontinuation rates for all three classes of agents, which were largely associated with adverse events, raising the major question of the overall utility of widespread use of adjunctive therapies in this population, they noted.

“Possibly the most important, although derived, conclusion of [the present study] is that levodopa remains the criterion standard, and there is questionable benefit in the long-term use of any of the currently available adjunctive therapies,” Simuni and Okun wrote.

“However, the limitations of levodopa therapy are also well recognized and, as such, levodopa optimization strategies have been the most actively developed category of experimental therapies in the last decade,” they added. “Most important, there is an urgent need for therapies that will meaningfully change the disease course.”

Another potential limitation of PD MED’s pragmatic trial design was that treatment was open label, so performance and reporting bias may exist, the researchers acknowledged.

The PD MED clinical trial was supported by funding from the Health Technology Assessment Programme of the U.K. National Institute for Health Research (NIHR), the U.K. Department of Health, the U.K. Medical Research Council, and Parkinson’s U.K.

Ives reported grants from the NIHR.