Predicting OAC Adherence Patterns Is Not an Easy Call 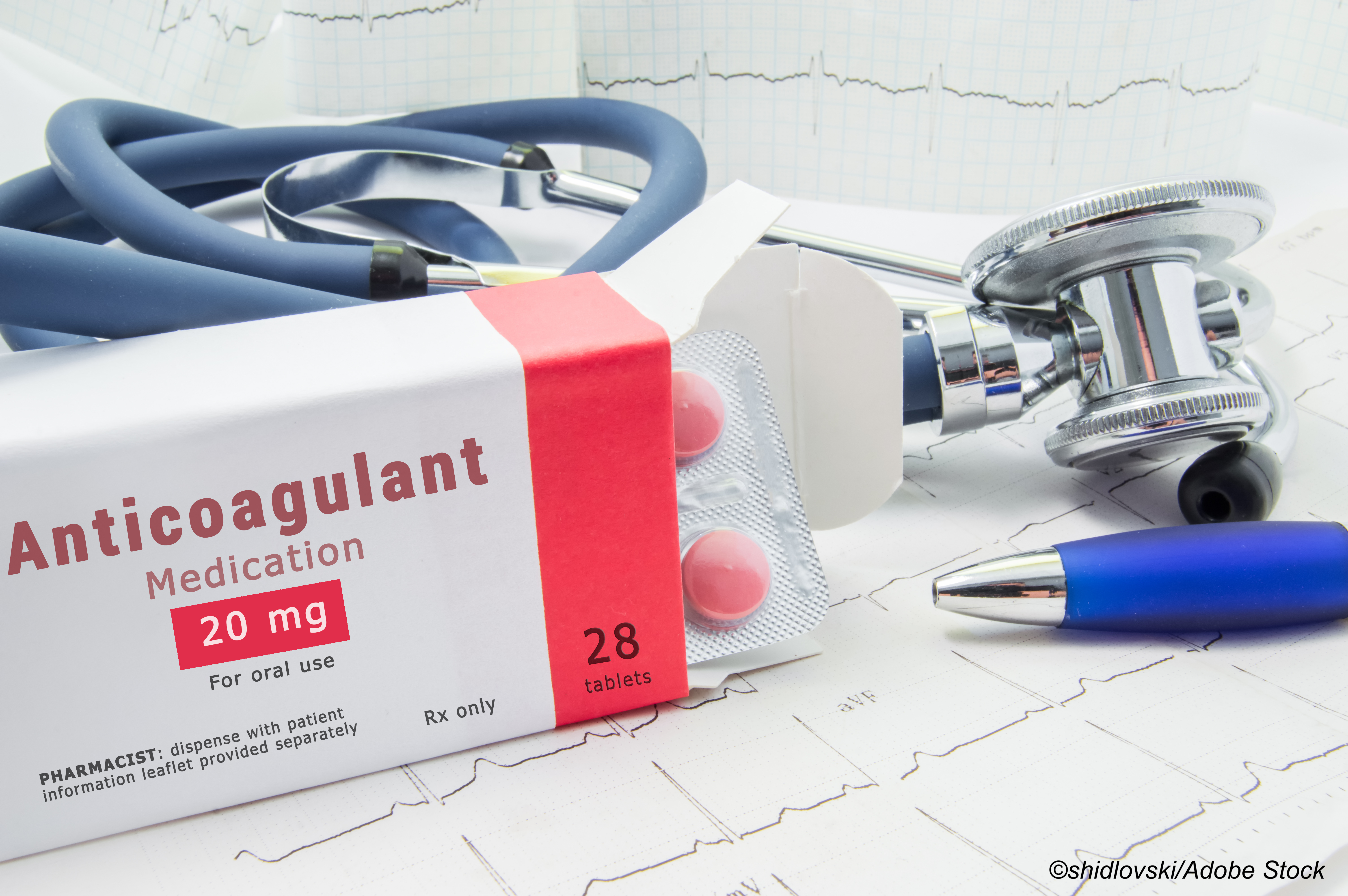 While most Afib patients are adherent, spotting potential outliers is no easy task

Among nearly 20,000 Afib patients, about 74% were consistently adherent with OAC treatment over five years, 12% had rapid decline in adherence and discontinuation, 10% showed rapid decline and partial recovery, and 4% had slow decline and discontinuation, reported Peter Loewen, PharmD, of University of British Columbia in Vancouver, Canada, and co-authors. Very few patient variables were associated with specific adherence trajectories.

“There is heterogeneity among nonadherent patients in the rate and timing of decline in their medication taking,” Loewen and colleagues wrote in the Journal of the American College of Cardiology.

“These findings support shifting from generic approaches for improving adherence to tailoring interventions for the different nonadherence patterns,” they added.

Using administrative health data from British Columbia, the researchers identified 19,749 adults with incident non-valvular Afib from between January 1996 and December 2019. Mean age of the cohort was 70.6 and mean CHA2DS2-VASc stroke risk score was 2.8 (range 1-9, with higher scores suggest higher stroke risk in patients with Afib). More than half of participants (56%) were men.

OAC drug class—vitamin K antagonist versus direct OAC (DOAC)—was determined from health records. Due to frequent drug class switches, the drug class a patient was taking during most of the follow-up time was used in the analysis.

The primary measure of adherence was receipt of 90-day prescriptions for oral anticoagulants (proportion of days covered, PDC). Researchers identified adherence trajectories over successive periods for five years of follow-up.

The most common pattern was consistent adherence (mean PDC 0.8), seen in 74.1% with a consistent and relatively high PDC score, though frequently falling below the 80% conventional PDC threshold of good adherence.

Although the predictive value of clinical and demographic variables was low overall, non-adherent trajectories were less likely in people with a history of hypertension, diabetes, stroke or transient ischemic attack (TIA), who were men, or who were older than 75.

“Overall, very few variables were identified to be uniquely associated with one particular adherence trajectory,” Loewen and colleagues noted.

“It seems clinical and demographic characteristics, although readily available in administrative databases, are not adequate to predict patients’ adherence trajectories,” they wrote. “Qualitative studies may be needed to better understand the psychosocial determinants and reasons for the behaviors reflected in the identified trajectories.”

In an accompanying editorial, Allan Skanes, MD, and Lorne Gula, MD, both of University Hospital in London, Ontario, noted that “the patterns of adherence do not give insights into what intercurrent events might have appropriately or inappropriately interrupted OAC adherence. No doubt the dynamics of adherence are complex.”

“The adherence trajectories as laid out begin to inform these complex dynamics, but only as a first look,” Skanes and Gula added. “Despite the powerful statistical methods used, the limits of administrative data may have been reached. The next approach must be more patient focused.”

“While clinicians can take some solace that up to 74% of patients who initiate OACs for Afib are consistently adherent over five years and that those at highest risk of stroke may be more likely to take their OACs, these are also humbling data,” the editorialists observed.

“Up to 45% of patients prescribed OACs for stroke prevention in Afib appear not to initiate it at all. In addition, even in those ’consistently adherent’ the 90-day PDC frequently fell below 80%, the threshold for good adherence,” they pointed out. “Overall, there is considerable work to do.”

Despite optimism regarding anticoagulant adherence after DOACs were approved a decade ago, recent reports suggest ongoing issues with adherence and associated higher stroke rates. A 2020 meta-analysis found suboptimal adherence with DOACs, reporting that one in three patients were adherent <80% of the time, with an increased stroke HR of 1.39.

“Perhaps the focus needs to sway from ’who should be prescribed OACs’ to ’how to ensure patients take their OACs’ if we are to gain ground in reducing Afib-related thromboembolic events,” Skanes and Gula suggested.

Limitations of the PDC adherence measure included the assumption that filling a prescription was equivalent to use as prescribed. Also, the analysis was not able to differentiate clinician-guided discontinuation, temporary or permanent, from clinically unjustified ones in PDC calculations.

This research was supported by Canadian Institutes of Health Research grant.

Skanes and Gula had no disclosures.