Preeclampsia May Precede Later-Life Stroke in Some Women - Physician's Weekly
×

Preeclampsia May Precede Later-Life Stroke in Some Women 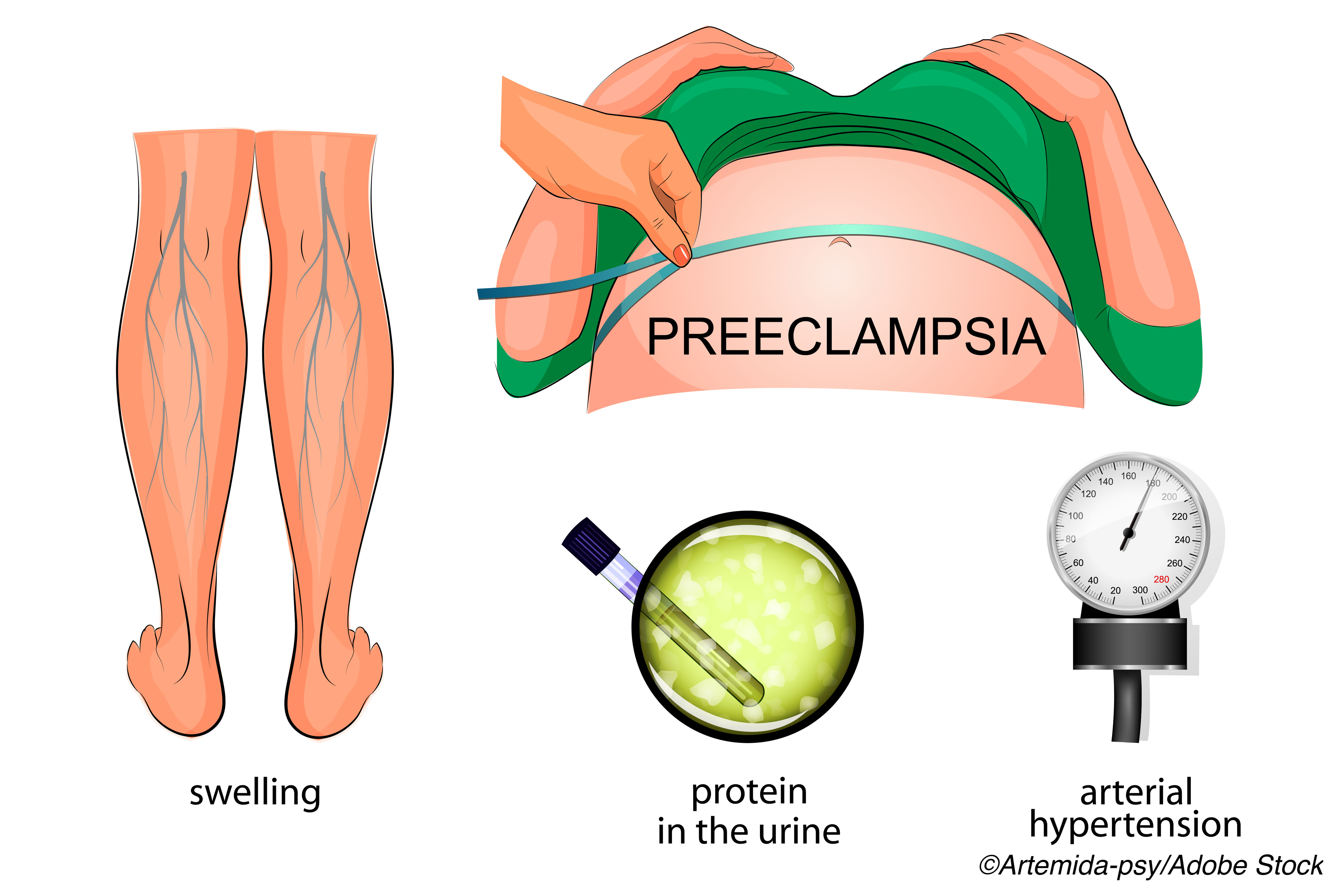 Women with hypertensive pregnancy had a more than three-fold higher risk of stroke within 40 years after pregnancy, researchers reported.

Additionally, at baseline, women with preeclampsia were more likely to be younger, to be on cholesterol-lowering drugs, to have lower cholesterol and higher diastolic blood pressure (BP), and to currently smoke, they reported in JAMA Network Open.

While the “findings of this cohort study suggest that preeclampsia may be a risk factor for later-life stroke among women after adjustment for time-varying vascular and demographic factors,” de Havenon’s group noted, the study did have some notable limitations. First, the FHS cohort was 100% white, which curtails generalizability. Also, history of preeclampsia was self-reported and the dates of preeclampsia were unknown. Third, there was no data on diet and physical activity.

Finally, the authors “did not explore the association between stroke and the number of preeclamptic pregnancies or recurrent preeclampsia during the study period, which could have provided insight regarding a dose effect but would have required a larger cohort.”

However, their “statistical model… was capable of analyzing the granular data in the FHS,” de Havenon and co-authors emphasized. “Research is needed to explore the practical implications of this association, particularly regarding the implementation of additional monitoring of vascular health among women with a history of preeclampsia and the use of lower thresholds for medical and lifestyle interventions to improve vascular health.”

In an invited commentary accompanying the study, Paul Leeson, MB, BChir, PhD, of the University of Oxford in England, and co-authors, praised the model that the authors used because it “allows a much more precise estimate of the summary of exposure to different risk factors each woman received between the hypertensive pregnancy and the stroke. When this risk exposure is accounted for, the association between preeclampsia and later stroke becomes clear.”

Lesson’s group offered some possible reasons for the association. For instance, a “hallmark of severe hypertensive pregnancy during preeclampsia is the changes that occur in cerebrovascular circulation, including edema and potential seizure. Recent data have indicated that changes in cerebrovascular structure and function are evident, even during young adulthood, in those with cardiovascular risk factors.”

Other underlying causes could be changes in white matter microstructure within a decade of a hypertensive pregnancy and the presence of white matter lesions during midlife tied to a later risk of dementia and stroke.

Women (mean age 44.4 at baseline) were included in the currently study if they were stroke free at enrollment and had a minimum of three study visits and one pregnancy before menopause, hysterectomy, or age 45. Data on vascular risk factors, history of preeclampsia, and stroke incidence were collected twice a year. The study’s main outcomes was incident stroke later in life.

“Marginal structural models [MSM] were used to evaluate the relative risk of incident stroke among participants with and without a history of preeclampsia after accounting for time-varying covariates,” of BP, blood glucose level, lipid levels, current smoking status, weight, and age, the authors explained. MSMs are designed to “estimate natural direct and indirect effects.”

The authors found the following for women with a history of preeclampsia at baseline and at the final FHS visit versus those without a history of the condition:

“Although age cannot be altered, our study results suggest that improved midlife control of hypertension, hyperlipidemia, hyperglycemia, and other vascular risk factors has the potential to mitigate the later-life risk of stroke among women with a history of preeclampsia,” they stated.

Leeson and co-authors also stressed that “The onus is now on identifying ways to take advantage of this information and prevent future harmful vascular events… preventive behaviors and control of risk factors could be used to significantly modify the excess risk of cerebrovascular disease among those who develop preeclampsia.”

de Havenon reported support from the National Institute of Neurological Disorders and Stroke and relationships with AMAG Pharmaceuticals and Regeneron Pharmaceuticals.