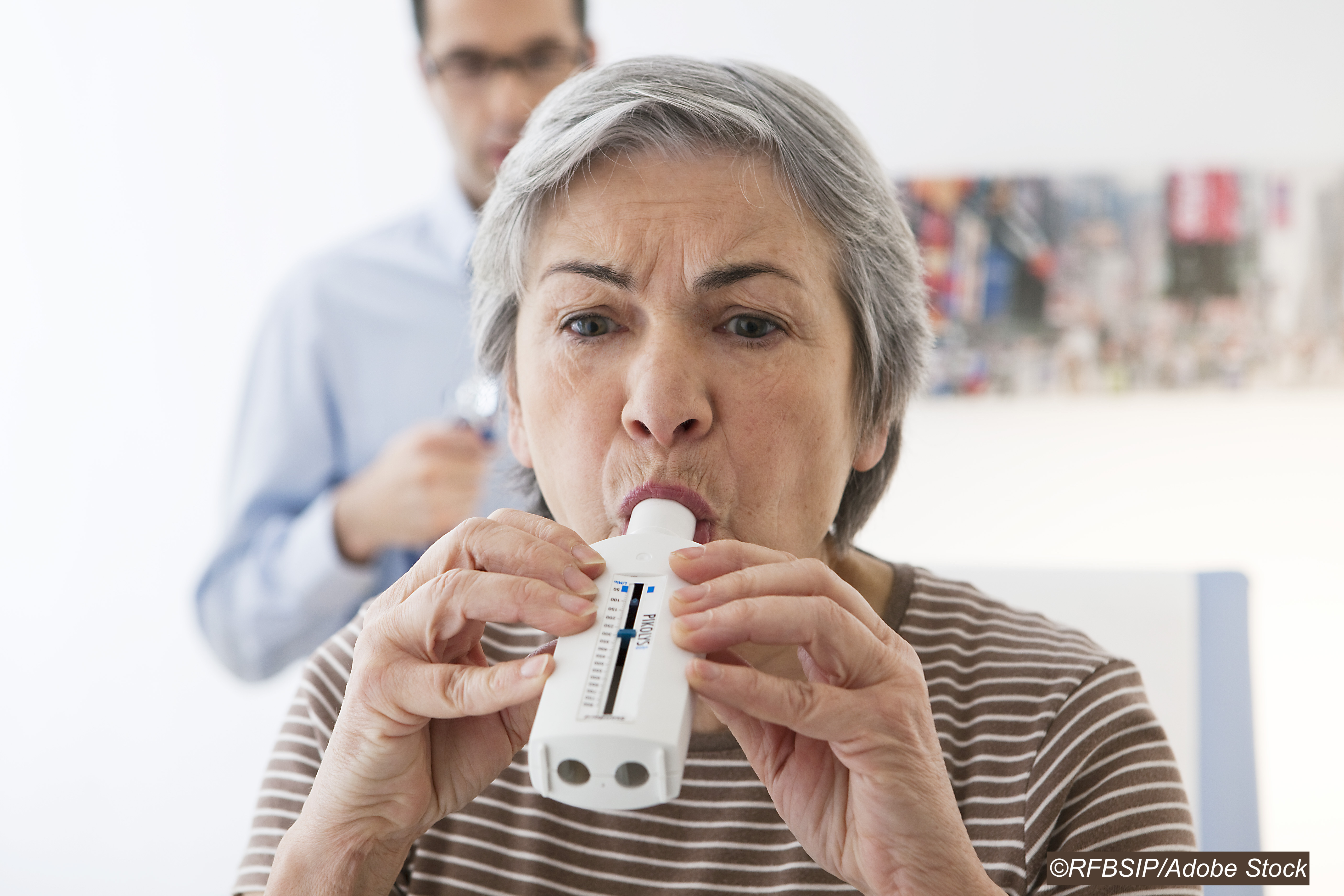 Association was corrected for other risk factors

Low lung function, as measured by preserved ratio impaired spirometry (PRISm), was an early predictor of comorbidity and strongly associated with increased mortality in an analysis of data from the large biomedical database U.K. Biobank.

“Contrary to previous work, our study showed that only around 12% of adults with PRISm developed airflow obstruction in the subsequent 9 years, with 50% of individuals reverting to normal spirometry. These findings indicated that PRISm was associated with increased all-cause mortality (adjusted hazard ratio 1.61 [95% CI 1.53–1.69]),” wrote James W. Dodd, PhD, and colleagues from the University of Bristol, Bristol, U.K.

The findings were published online Nov. 2 in The Lancet Respiratory Medicine.

PRISm—also known as restrictive pattern or unclassified spirometry—is defined as a forced expiratory volume (FEV1) of less than 80% predicted with an FEV1/forced vital capacity (FVC) ratio of 0.70 or higher.

The U.K. Biobank databank includes roughly half a million people in the U.K. between the ages of 40 and 69 years at recruitment, which occurred from mid-December 2006 to mid-October 2010.

“To our knowledge, this is the largest, most comprehensive longitudinal analysis of PRISm to date,” the researchers wrote.

Diabetes was found to be more common among the PRISm group compared to controls (8.7% versus 3.8%).

Cardiovascular comorbidity was also higher among the PRISm group compared to the control group, with approximately double the prevalence of angina (4.6% versus 2.2%), as well as an increased risk for heart attack (3.4% versus 1.5%) and stroke (2.0% versus 1.1%).

Close to 2,000 patients in the PRISm group were included in the follow-up longitudinal analysis. In all, roughly 38% of these patients had persistent PRISm, 50% had reverted to normal control spirometry, and 12% had transitioned to airflow obstruction consistent with COPD during a median of 9 years of follow-up.

Higher BMI, longer smoking history, diabetes, and shortness of breath were all associated with a higher likelihood of having persistent PRISm, and multivariable multinomial regression analysis showed increased age and clinical diagnosis of asthma to be associated with transition from PRISm to airflow obstruction.

“Although for many patients PRISm is transient, it is important to understand which individuals are at risk of progressive lung function abnormalities,” Dodd commented in a press release. He added that further research into the “genetic, structural, and functional pathology of PRISm is warranted.”

The observation of an increased risk for cardiovascular disease and diabetes among those with PRISm, even after adjustment for confounding risk factors, was characterized as clinically important by the researchers.

“COPD might have a direct causal effect on extra-pulmonary disease—e.g. through systemic inflammation or oxidative stress,” they wrote. “Therefore, it is conceivable that this process could also occur in PRISm. Additionally, reduced FVC (as observed among participants with PRISm) has been shown to be associated with death and causally linked with risk of coronary artery disease.”

Study strengths included the large sample size which reduced the effect of sample bias and allowed for subgroup analysis. Study limitations included the analysis of only pre-bronchodilator spirometry and the low number of current smokers (6.3%) included. The study authors also noted that they did not have access to more detailed lung physiology, such as lung volumes or gas transfer; however, they pointed out that these are not necessary for the diagnosis of PRISm.

Dodd and colleagues concluded that while 12% of those with PRISm in the analysis progressed to airway obstruction consistent with COPD, “for many individuals, PRISm seems to be a reversible state and therefore a potential target for therapeutic intervention. Public health measures to reduce smoking and BMI might reduce the prevalence of PRISm.”

They further noted that while PRISm is strongly associated with asthma, BMI, and smoking, “these factors do not seem to entirely account for this lung function trait and the mechanisms remain unclear.”

This research was supported by the Medical Research Council and the University of Bristol. Principal researcher James W. Dodd reported receiving personal fees from Chiesi, Boerhinger Ingelheim, AstraZeneca, and GlaxoSmithKline unrelated to this research.