PRO and CON: Take 17OHP Off the Market, or Retain Approval? 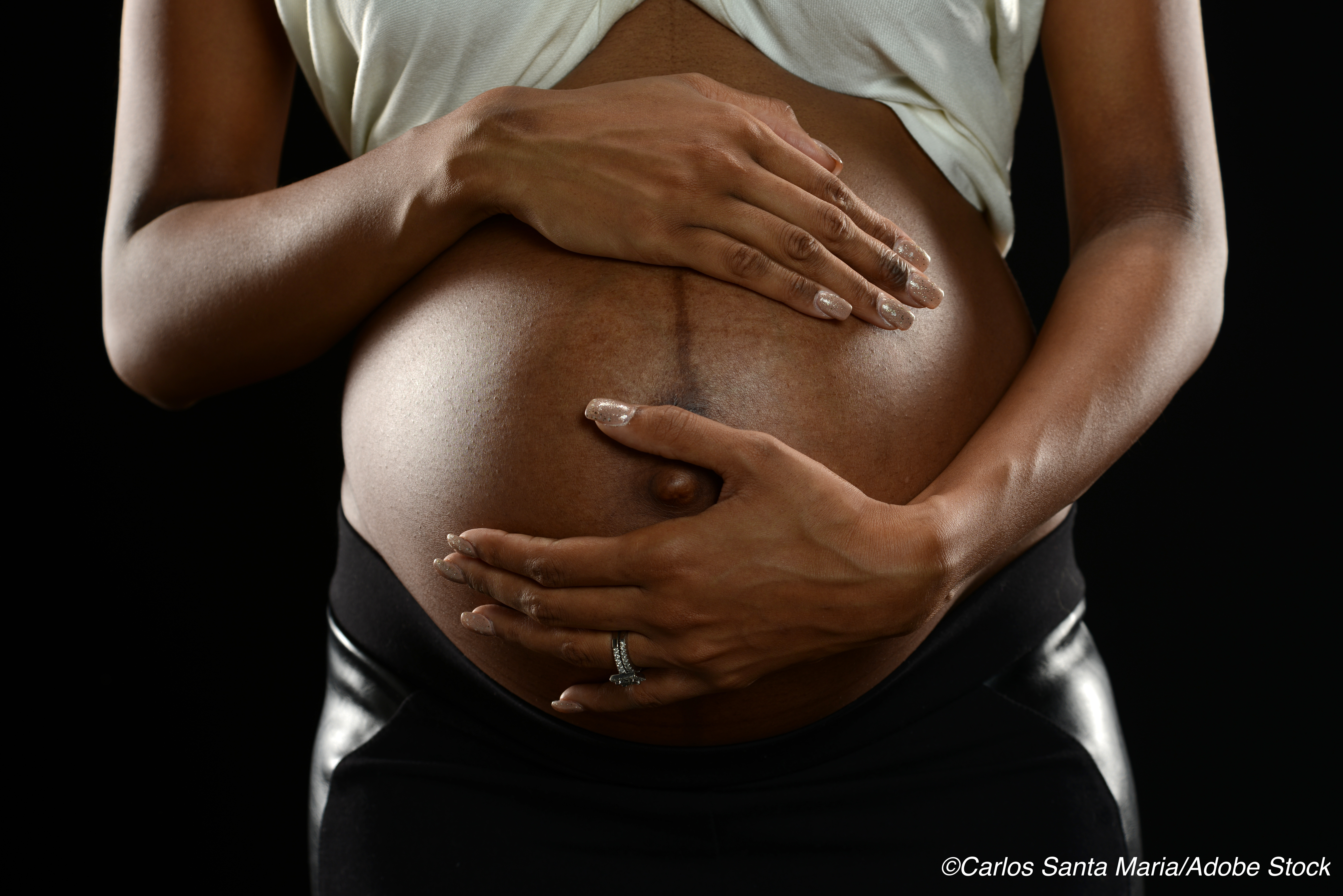 Last month the FDA’s Center for Drug Evaluation and Research recommended withdrawing approval of the only drug approved by the agency for prevention of preterm birth — hydroxyprogesterone (17OHP), more commonly known by the trade name Makena — but proponents of the drug argue that withdrawing approval at this time is premature.

The history of 17OHP is a bit of a cautionary tale about drug development in the 21st century, nicely detailed in dueling perspectives published side-by-side online by The New England Journal of Medicine.

Recurrent preterm birth is a significant public health concern that contributes to both neonatal mortality and morbidity, as well as maternal morbidity. And, the rate of recurrent preterm birth was consistently higher in Black women than in white women, Michael F. Greene, MD, Mark A. Klebanoff, MD, MPH, and David Harrington, PhD, wrote in a perspective that makes the case to keep 17OHP on the market. Greene and Harrington work for NEJM, and Klebanoff was an investigator in the pivotal National Institute of Child Health and Human Development (NICHD) sponsored trial that prompted the FDA to grant accelerated approval of 17OHP.

That trial, the Maternal Fetal Medicine Units Network study, recruited women living in the United States — the study population was 59% non-Hispanic Black, about a quarter were white, and the average age was 26. The women were randomized to 17OHP or placebo. The results from the study, known as Trial 002, were published in 2003.

Those findings convinced the FDA that it was “reasonably likely” that reduction in relative risk would translate into the hard endpoint of less neonatal mortality and morbidity. Thus, in 2011, the FDA approved 17OHP under its accelerated approval process. That process is designed to fill a clear need: approving therapeutics to treat conditions for which there is no approved therapy, and to do so more rapidly than the traditional new drug application process.

There is, however, a catch: when drugs are approved this way — relying on a surrogate endpoint to demonstrate efficacy — the sponsor is required to “perform a postapproval study to confirm efficacy, and not just in the surrogate outcome measure.”

In the case of 17OHP, that postapproval trial was called PROLONG (Trial 003), and its results were published in October 2019 — on the eve of an FDA advisory committee meeting that was slated to consider “formal unconditional approval of 17OHP.”

But the results of PROLONG did not confirm the findings from the 2003 study, Chang et al point out in their perspective, which makes a case for withdrawing approval.

“A drug preventing preterm birth is clinically relevant only if it improves neonatal outcomes. In Trial 002, there was no significant difference between Makena and placebo in the composite end point for neonatal outcomes. Although 3 of 15 evaluated measures of neonatal complications showed statistically significant improvements with Makena, none of the analyses adjusted for multiple statistical testing, a shortcoming that increases the probability of false positive findings, and they may not reflect true treatment effects,” Chang and colleagues wrote.

But Greene, Klebanoff, and Harrington argue that there was a world of change in obstetric practice between 2011 and 2019, with the biggest being that once the results of Trial 002 were published, “both the American College of Obstetricians and Gynecologists and the March of Dimes wrote professional recommendations strongly in favor of the use of 17OHP in appropriate clinical circumstances,” which meant that 17OHP rapidly became the standard of care.

When the time came to recruit women for the postapproval PROLONG trial, researchers noted it was “very difficult to recruit study participants in the United States because of a lack of equipoise perceived by health care providers and patients, so the investigators in the PROLONG study ultimately recruited 75% of their subjects in Europe, which resulted in a cohort of women very different from that of the original study,” Greene and colleagues wrote.

Among the differences in PROLONG:

Chang et al agreed that the “demographics of the two study populations differed despite the trials’ having the same enrollment criteria,” but they make the case that hard facts are hard facts. In PROLONG, the proportion of preterm births at less than 35 weeks was 11.5% in the placebo group versus 11% in the 17OHP group.

The FDA then conducted an analysis to determine if the demographic differences could explain the discrepancy between the two trials; however, they found no evidence of a treatment effect based on geographic region, race, or risk factors for preterm birth.

“In October 2019, we convened an advisory committee meeting to discuss Makena’s effectiveness. Committee members voted unanimously that Trial 003 did not verify the clinical benefit of Makena for neonatal outcomes. Thirteen of the 16 members voted that there is not substantial evidence of the drug’s effectiveness in reducing recurrent preterm birth. Nine members recommended withdrawing Makena’s approval, while seven recommended retaining the accelerated approval and requiring a new confirmatory trial,” Chang et al wrote.

“We sympathize with women who are at risk for recurrent preterm birth that could result in death or significant lifelong health effects in neonates, but retaining on the market a drug not shown to be effective for this use does not protect or promote their health,” they wrote. “We remain committed to working with the scientific community, stakeholders, and drug developers to speed effective and safe drugs to market for preterm birth.”

“The immediate consequence of withdrawing the approval of 17OHP for the labeled indication of reducing the risk of preterm birth among women with a history of prior preterm birth is that no manufacturer will be able to sell the drug claiming its efficacy for that indication. The drug 17OHP could still be manufactured and sold without a labeled indication. That option would remain available unless the FDA commissioner ordered the drug withdrawn from the U.S. market entirely. There is no indication at this time that the commissioner would do so, because 17OHP is safe. But health insurers would most likely stop paying for its use, rapidly reducing the demand for the drug and ultimately resulting in manufacturers ceasing production. We are concerned that withdrawal of the approval for 17OHP, as imperfect as it may be, will leave a very vulnerable demographic group of U.S. women at high risk for this complication of pregnancy with absolutely no available therapeutic option.

“Preterm birth is the most important cause of infant mortality and morbidity among non-Hispanic Black Americans, with a potential for lifelong disability and devastating social consequences for a family, and it is nearly four times as common in this population as in non-Hispanic white women. Recurrent preterm birth may be even more devastating; Black women and women of limited financial means are disproportionately affected. When the majority of a population achieves little benefit from a drug, but a minority demographic group at greatest risk for a serious medical problem appears to obtain significant benefit, any decision that will ultimately make it impossible to obtain the drug should be undertaken cautiously. This issue is particularly pressing when that minority group may be the least able to find and financially afford work-arounds to obtain the needed medication in our complex medical system that has a history of failing to serve them well.”

For now, 17OHP remains on the market as the final decision on withdrawal can only be made by the FDA commissioner, and the company still has the option to request a public hearing about the fate of the drug.

Greene is employed by The New England Journal of Medicine as associate editor.

Harrington is employed by The New England Journal of Medicine as statistical consultant.

Klebanoff reported that he was an author of the Meis paper, published in NEJM and referenced in the present paper, that reported a reduction in preterm birth among women who received 17 alpha hydroxy progesterone compared to those who received placebo.

Chang had no disclosures.