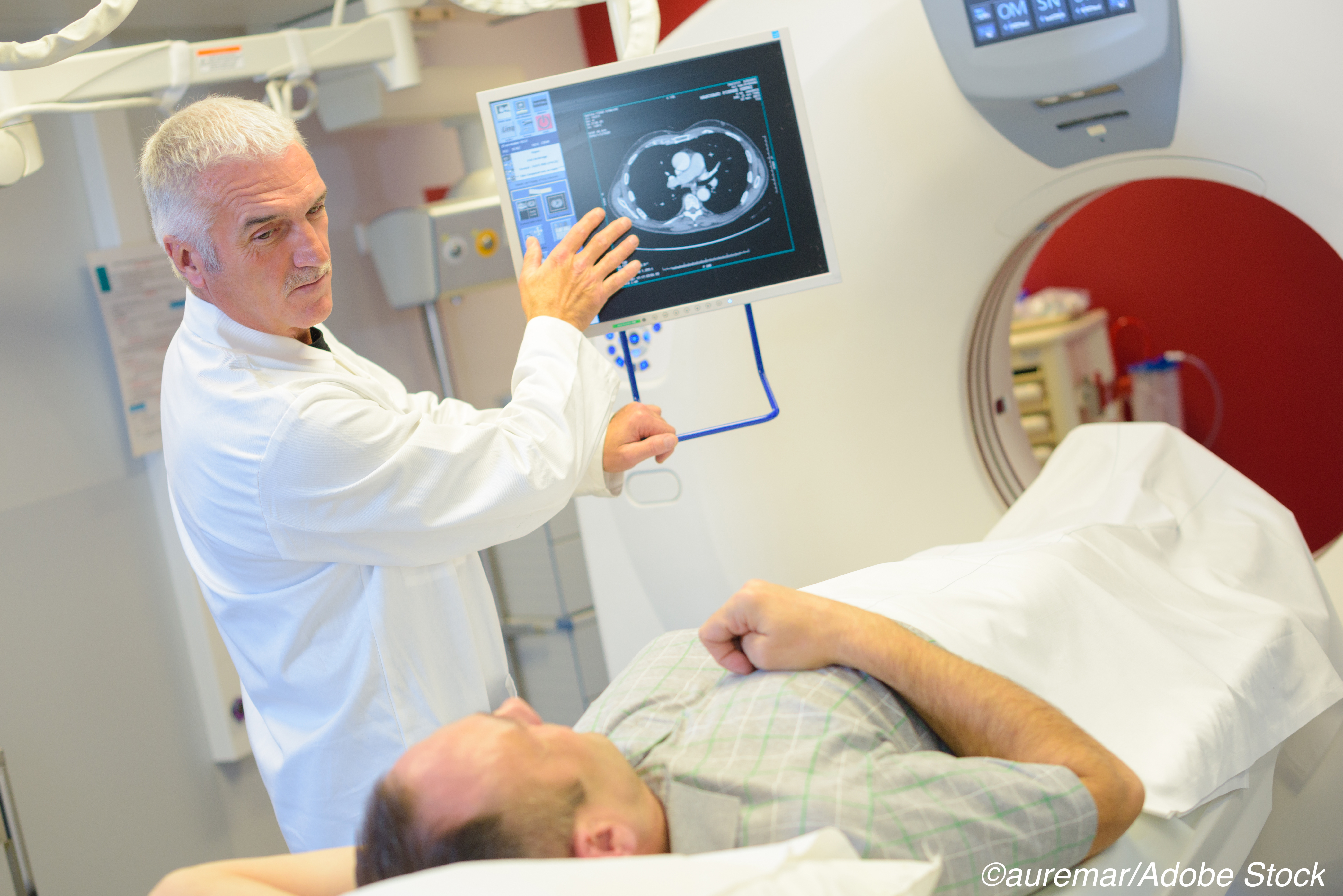 Men with nonmetastatic, castration-resistant prostate cancer whose PSA doubling time was less than 10 months had a 31% lower risk of death at three years if treated with darolutamide, according to the final analysis of data from the ARAMIS trial.

“Overall survival at 3 years was 83% (95% confidence interval [CI], 80-86) in the darolutamide group and 77% (95% CI, 72-81) in the placebo group,” wrote Karim Fizazi, MD, of Institut Gustave Roussy, University of Paris-Saclay, Villejuif, and colleagues in The New England Journal of Medicine.

ARAMIS was a double-blind, placebo-controlled trial of 1,509 men with nonmetastatic, castration-resistant cancer, a baseline PSA level of at least 2 ng per milliliter, a PSA doubling time ≤10 months, and an Eastern Cooperative Oncology Group (ECOG) performance status score of 0 or 1 (on a scale from 1-5, with higher scores indicating greater disability) — of these, 955 were randomized to darolutamide and 554 were randomized to placebo. The men were enrolled from Sep. 2014 through March 2018 and the median follow-up was 29 months.

“At the time of unblinding of the data, all 170 patients who were still receiving placebo crossed over to receive darolutamide; 137 patients who had discontinued placebo before unblinding had occurred received at least one other life-prolonging therapy,” the study authors wrote. “The risk of death was significantly lower, by 31%, in the darolutamide group than in the placebo group (hazard ratio for death, 0.69; 95% CI, 0.53-0.88; P=0.003). Darolutamide was also associated with a significant benefit with respect to all other secondary end points, including the time to first symptomatic skeletal event and the time to first use of cytotoxic chemotherapy.”

Of note, prostate cancer-related death was the leading cause of death in both treatment arms: 80 of 149 deaths in the darolutamide arm and 56 of the 106 deaths in the placebo arm. However, most of those deaths occurred after treatment was discontinued.

“However, the trial was not powered to assess the treatment effect of darolutamide on deaths due to prostate cancer,” the study authors noted. “The treatment effect on overall survival consistently favored darolutamide over placebo in prespecified subgroups, including those defined according to baseline PSA doubling time of 6 months or less or more than 6 months, geographic region, presence or absence of lymph-node involvement at baseline, and baseline ECOG performance status score of 0 or 1 (although the confidence intervals in some subgroups with a smaller sample size crossed 1.00).”

Fizazi and colleagues pointed out that the benefit of darolutamide was evident at 18 months and the separation between the two groups “was maintained over time. This overall survival benefit was observed despite the fact that more than half of the patients in the placebo group (307 of 554 patients) received subsequent treatment with darolutamide or other life-prolonging therapy.”

The safety profile of darolutamide did not differ from that reported in earlier trials. “The incidence of adverse events commonly associated with androgen-receptor inhibitors, including falls, seizures, mental-impairment disorders, and hypertension, was similar in the two groups. The incidence of fractures was slightly higher in the darolutamide group than in the placebo group; however, after adjustment for the duration of exposure, the between-group difference decreased,” they wrote. “This updated analysis of the ARAMIS trial confirms the low potential for central nervous system–related effects expected with darolutamide, which has been postulated to be due to the very low penetration of the blood–brain barrier that has been reported in preclinical and clinical studies of darolutamide.”

The authors noted that a major strength of the trial was its large size, which allowed for “a robust statistical analysis, particularly for the reported overall survival analysis with extended follow-up.” However, the authors also noted that one important limitation of the study was “the small size of some subgroups, hence, the low numbers of events in these subgroups and the low numbers of patients of particular races or ethnic groups (e.g., only 52 patients of African descent); therefore, no conclusions can be drawn about efficacy in these specific groups of patients.”

The trial was supported by Bayer HealthCare and Orion Pharma.