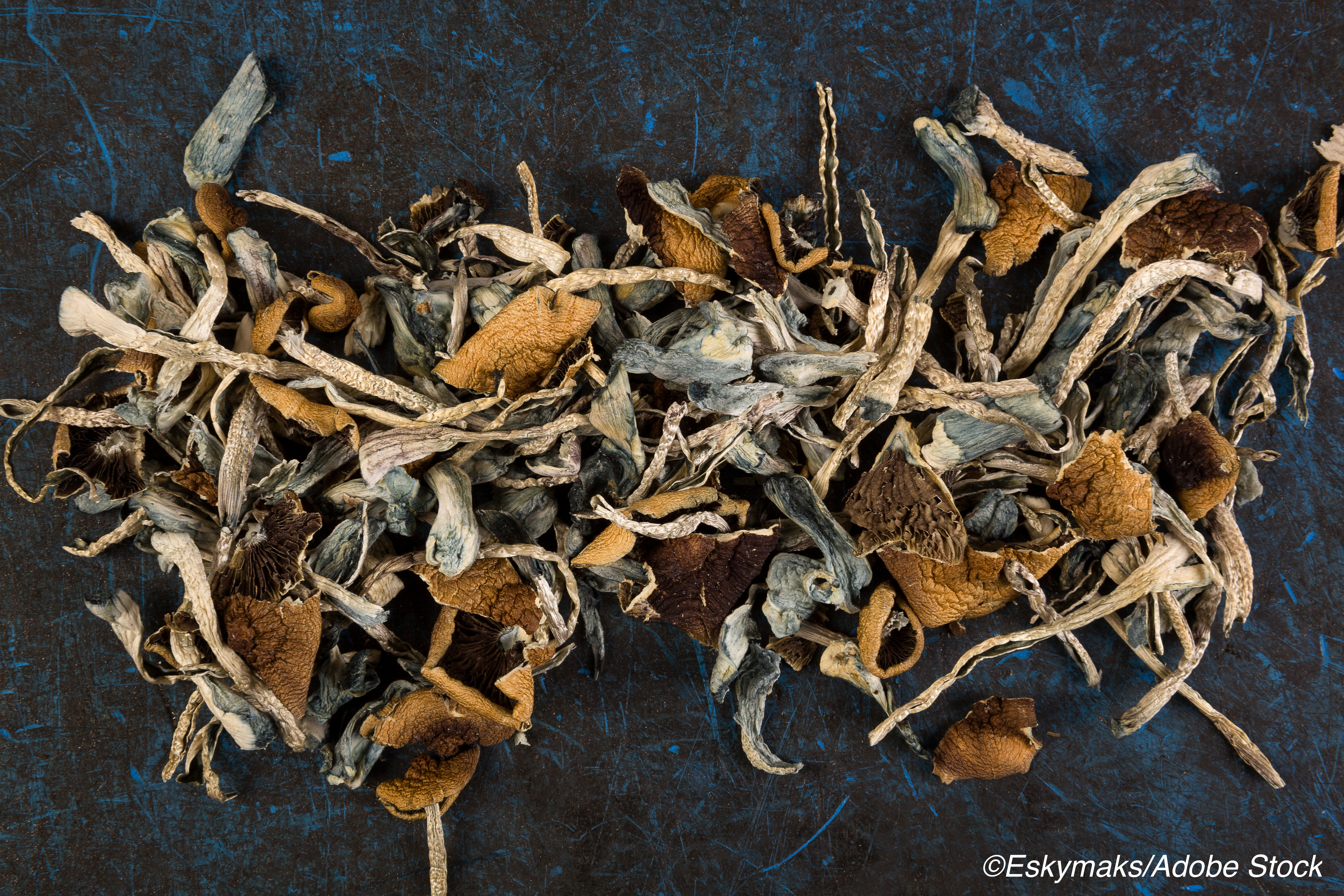 Psychotherapy that included two guided sessions of psilocybin use was associated with large, rapid, and sustained antidepressant effects in a proof-of-concept study of patients with major depressive disorder conducted by researchers from the Center for Psychedelic and Consciousness Research at Johns Hopkins School of Medicine.

Twenty-seven adult patients with major depressive disorder and a low risk for suicide were enrolled in the trial, and 24 (89%) completed the intervention and follow-up assessment.

Clinically significant antidepressant response to psilocybin therapy persisted for at least 4 weeks, with 71% of study participants continuing to show a clinically significant response a month after treatment, wrote researcher Alan K. Davis, PhD, and colleagues from Johns Hopkins School of Medicine, Baltimore, in JAMA Psychiatry, published online Nov. 4. — appropriate timing, given that Oregon became the first U.S. state to legalize the use of psilocybin for mental health treatment in supervised settings with the passing of Measure 109 on Nov. 3.

Earlier small studies have suggested a benefit for psilocybin-assisted therapy in patients with depression due to life-threatening cancers and in patients with treatment-resistant depression, but this study is the first to examine psilocybin as an addition to psychotherapy for the treatment of major depressive disorder.

“Novel antidepressants with rapid and sustained effects on mood and cognition could represent a breakthrough in the treatment of depression and may potentially improve or save lives,” they wrote.

The small study included adults (age 21 to 75 years) with major depressive disorder who were not using antidepressant medications at enrollment and had no history of psychotic disorder, serious suicide attempts, or hospitalizations for depression.

The intervention consisted of 2 psilocybin sessions (session 1: 20 mg/70 kg; session 2: 30 mg/70 kg) given orally in the context of approximately 11 hours of supportive psychotherapy.

Among the immediate treatment group, the intervention lasted 8 weeks and involved at least 18 in-person visits, including 2 day-long psilocybin administration sessions. Patients met with 2 session facilitators for a total of 8 hours before the first psilocybin session, and the psilocybin sessions were conducted roughly 1.6 weeks apart.

The primary outcome of depression severity was assessed using the GRID-Hamilton Depression Rating Scale (GRID-HAMD) score at baseline (score of 17 required for enrollment) and weeks 5 and 8 after enrollment for the delayed treatment group, which corresponded to weeks 1 and 4 after the intervention for the immediate treatment group. Secondary outcomes included the Quick Inventory of Depressive Symptomatology-Self Rated (QIDS-SR) questionnaire.

Among the 24 patients completing the intervention and post-session assessment, the mean age was close to 40 years and 16 (67%) were female. The mean baseline GRID-HAMD score was 22.8 (3.9).

The short follow-up, small sample size, lack of placebo control, and exclusion of patients with a moderate to high suicide risk and very severe depression were cited by the researchers as study limitations.

They concluded that larger studies with more diverse patient populations and a placebo control are needed “to better ascertain the safety (e.g., abuse potential of psilocybin, suicide risk, and emergence of psychosis) and efficacy of this intervention among patients with major depressive disorder.”

In an accompanying editorial, University of Pennsylvania Medical Center professor of geriatric psychiatry Charles F. Reynolds III, MD, wrote that these larger trials will hopefully address significant unanswered questions regarding the potential value of psychedelic-assisted psychotherapy as a treatment for major depressive disorder.

“Would double-blind experimental design, entailing the use of pill placebo, or an active comparator with psychotropic effects (e.g., an anxiolytic or an antidepressant) in a model of medication-assisted psychotherapy, yield results that are comparable with those reported by Davis et al. in their single-blind, immediate versus delayed exposure to psilocybin paradigm?” Reynolds asked.

He added that clinical trials must address which patients with major depressive disorder might benefit from psychedelic-assisted psychotherapy, and which patients might be harmed.

“Another question may be, what are the patient and environmental characteristics that moderate or alter the variability of response to medication-assisted supportive psychotherapy? A final set of questions relates to the durability and maintenance of antidepressant response, with respect to both symptom burden and major role functioning. How does psychedelic-assisted psychotherapy fit into both acute and long-term care for depressive illness, not only to get patients well but to keep them well and living lives of meaning and fulfillment?”

Funding for this research was provided by a crowd-sourced funding campain, the Riverstyx Foundation, the Steven and Alexandra Cohen Foundation and grants from author and podcast host Tim Ferriss and others.

Minocycline and Celecoxib for Bipolar Disorder

The role of cognitive functions in the diagnosis of bipolar disorder: A machine learning model.

Telomere attrition and inflammatory load in severe psychiatric disorders and in response to psychotropic medications.