Quitting Smoking Is Worth the Pounds - Physician's Weekly
×

Quitting Smoking Is Worth the Pounds 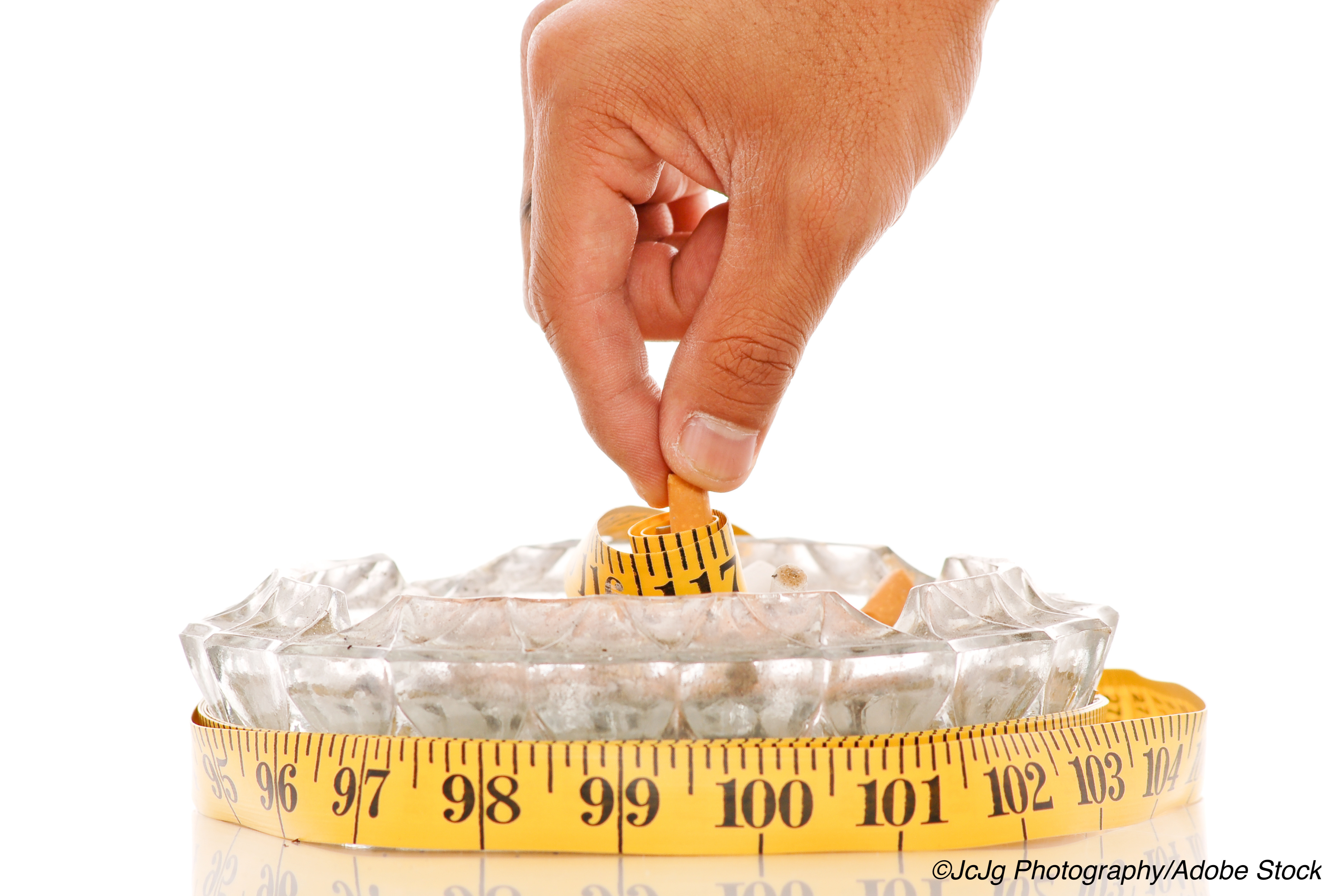 Quitting smoking was associated with significant weight and BMI gain, but the benefits of quitting far exceeded the risks of excess weight, according to results from a cohort study.

Smoking cessation is known to reduce the risk for major chronic diseases, increase life expectancy, and improve quality of life, Berhe W. Sahle, PhD, MPH, of the Melbourne School of Population and Global Health in Carlton, Australia, and colleagues explained in JAMA Network Open. However, quitting smoking is often accompanied by increased weight and higher body mass index (BMI), which is itself an established risk factor for a host of health problems and is often cited by smokers as a reason not to quit.

The question, the study authors explained, is whether the health risks associated with weight gain and increased BMI after smoking cessation trump the protective benefits of quitting smoking. To evaluate this risk, Sahle and colleagues conducted a longitudinal study with a cohort of 16,663 Australian adults to estimate weight and BMI gain following smoking cessation and its association with risk of cardiovascular disease (CVD), type 2 diabetes, cancer, chronic obstructive pulmonary disease (COPD), and mortality in the long term.

“In this cohort of a community-based, nationally representative sample, smoking cessation was significantly associated with weight and BMI gains compared with continuing smoking,” they wrote. “However, adults who quit had a significantly lower risk of death than those who continued to smoke regardless of the amount of weight and BMI gain. Neither weight nor BMI gain that occurred following smoking cessation was associated with an increased risk of CVD, type 2 diabetes, cancer, and COPD. The findings support that the benefits of smoking cessation outweigh the risks in terms of reducing mortality in the general population without increasing the risks of the major chronic diseases.”

For their analysis, Sahle and colleagues used data from the Household, Income, and Labor Dynamics in Australia (HILDA) survey, an annual panel survey that first kicked off in 2001. The present study looked at survey waves from 2006 (wave 6) through 2014 (wave 13) “because questions on long-term chronic conditions were introduced in wave 3 [2003] and anthropometric measurements in wave 6,” they explained.

This analysis was restricted to participants ages 18 years and older with non-missing values on smoking status, weight, and BMI. The final study cohort consisted of 16,663 participants (8,082 men and 8,581 women; mean [SD] age, 43.7 [16.3] years). Participants who had prevalent CVD, type 2 diabetes, cancer, or COPD prior to wave 3 were excluded from the analyses to minimize the probability that people had quit smoking as a result of those diseases.

At each wave of the HILDA survey, participants reported whether they were smokers, never smokers, or had quit smoking in the previous year. They also self-reported height and weight, which was used to derive BMI for each participant. During waves 3, 7, 9, and 13, participants were asked to report whether they had been diagnosed with any CVD (e.g., heart disease, circulatory diseases), COPD, type 2 diabetes, or cancers.

Cox proportional hazards regressions were used to determine the hazard ratios (HRs) for the association between changes in weight and body mass index (BMI) and the risk of chronic diseases. The main study outcomes were weight gain after quitting smoking, incident CVD, type 2 diabetes, cancer, COPD, and all-cause mortality.

Moreover, weight gain and BMI change did not significantly increase the risk of CVD, type 2 diabetes, cancer, and COPD among patients who quit smoking.

“Our findings suggest that the long-term benefits of smoking cessation considerably outweigh the risks associated with post-cessation weight or BMI gain,” the study authors noted, adding that their finding is consistent with previous studies.

“From clinical and public health perspectives, our findings suggest that public health interventions to promote smoking cessation in the population should point out that the health benefits of quitting far exceed any adverse health effects of weight gain,” they concluded. “In light of the considerable variability in the amount of weight gain according to duration of smoking cessation, clinical guidelines for smoking cessation may need to include recommendations regarding the timing and duration of post-cessation weight management interventions.”

Study limitations cited by the authors included self-reporting of physician’s diagnosis, weight and BMI, and smoking cessation, as well as relatively short-term follow-up and the possibility of residual confounding due to environmental risk factors and interventions for smoking cessation and weight control that the study could not account for.