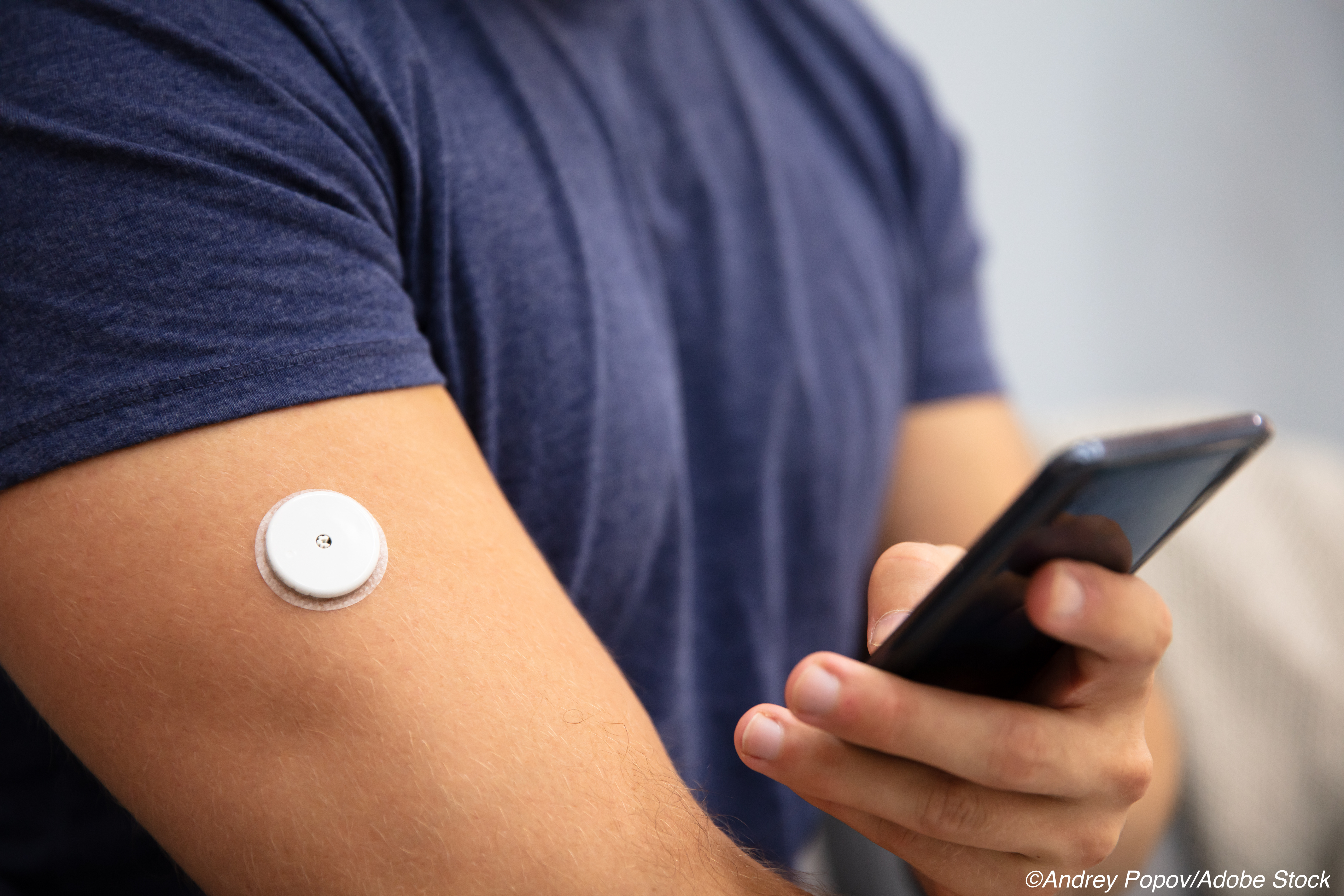 After 6 months, patients with type 1 diabetes who switch from intermittently scanned continuous glucose monitoring (CGM) to real time CGM may experience significant increases in time spent in range (sensor glucose: 3.9-10.0 mmol/L), according to results from the ALERTT1 study.

“The majority of people with type 1 diabetes do not achieve glycated hemoglobin (HbA1c) below 7% (53 mmol/mol) and spend a considerable part of the day in hypoglycemia and hyperglycemia, exposing them to risk of hypoglycemic coma, ketoacidosis, and chronic microvascular and macrovascular disease. In recent years, progress has been made in the field of home glucose self-monitoring with the advent of subcutaneous sensors capable of reporting glycemic levels on demand (intermittently scanned continuous glucose monitoring [isCGM]) or in real time (real-time continuous glucose monitoring [rtCGM]),” wrote Margaretha M. Visser, MD, of the Department of Endocrinology, University Hospitals Leuven–KU Leuven, Leuven, Belgium, and fellow researchers in The Lancet. “In contrast to isCGM, rtCGM has the option of (predictive) alerts for high and low blood glucose levels, but is generally more expensive than isCGM,” they added.

For this prospective, double-arm, parallel-group, multicenter, randomized, controlled study, researchers included 246 patients from six hospitals throughout Belgium who had type 1 diabetes and had previously used isCGM. Patients were randomized to rtCGM or isCGM.

“Of these CGM metrics, time in range is probably the most meaningful in clinical practice; the metric is easy to understand for patients and their caregivers, and provides quick insight into current glycemic control,” noted Visser et al.

At the same time point, patients using rtCGM also had lower measures in the following compared with those in the isCGM group:

In addition, patients monitored with rtCGM had a lower incidence of severe hypoglycemia compared with those in the intermittently scanned group (3 versus 13, respectively; P=0.0082). All patients reported high quality of life, but at 6 months, those in the rtCGM group scored better on the satisfaction subscale of the Diabetes Treatment Satisfaction Questionnaire status (mean difference: 2.34 points), as well as change in this survey, with a mean difference of 6.76 points.

In all, 63 patients reported 93 adverse events, 46 of which were related to CGM. Thirty-eight serious adverse events, including 30 instances of severe hypoglycemia in the isCGM group and three in the rtCGM. One patient in the rtCGM group also had acute hyperglycemia that led to hospitalization. None of the serious advents were caused by malfunctions of the CGM devices.

Patients in the isCGM group experienced more skin reactions, while those in the rtCGM group, bleeding after sensor insertion was more common.

“To our knowledge, ALERTT1 is the first long-term, multicenter, prospective, randomized, controlled trial comparing rtCGM with isCGM in adults with type 1 diabetes and a history of previous use of isCGM. The trial showed that 6-month use of rtCGM with alert functionality improved time in range by 6.85 percentage points, and reduced time in hyperglycemia >10·0 mmol/L (180 mg/dL) by 6.27% points and time in hypoglycemia <3·0 mmol/L (54 mg/dL) by 0·35% points. The proportion of participants who achieved the consensus target of >70% time in range doubled (28% versus 15%) and nearly half of the participants had an HbA1c,” conclude Visser and colleagues.

In an accompanying editorial, Kirsten Nørgaard, MD, DMSc, and Signe Schmidt, MD, PhD, of the Steno Diabetes Center Copenhagen, Denmark, outlined the differences between these two modalities of glucose monitoring.

“Two functionally different CGM systems are available: one provides glucose values and trend arrows when intermittently scanned (isCGM) by the user; the other provides data continuously and gives alerts at pre-set low and high glucose values (rtCGM). Both types of CGM are more costly than the fingerprick method and the rtCGM system costs more than the isCGM system. Both CGM systems are much coveted by people living with diabetes and health-care professionals,” they wrote.

Nørgaard and Schmidt also commented on the importance of findings of increased time in range seen in patients in the rtCGM group.

“The difference in time in range is clinically relevant as it is thought to result in a 10%-25% relative risk reduction in microvascular complications. Whether these benefits of rtCGM compared with isCGM are due to the alerts or to the real-time values of the rtCGM remains unknown. Future studies might illuminate this and lead to comparable cost-efficacy analyses, which would be highly relevant to payers worldwide,” they wrote.

Although these results are important, researchers will have to work quickly to keep pace with the rapid technological advances in the development of diabetes devices, they added.

“…Visser and colleagues should be commended for addressing an important clinical question regarding the efficacy of two different CGM systems. Nevertheless, the bearing of such findings is short lived: a new version of isCGM has already been launched and clinical testing of a new generation of rtCGM is ongoing. The pace of diabetes device development creates many challenges. Nonetheless, we cherish this momentum: it gives hope for a better future for diabetes care,” they concluded.

This study was funded by Dexcom.

Visser has received non-financial support for travel from Novo Nordisk through UZ Leuven, and reported no other disclosures.

Nørgaard serves as adviser for Abbott Diabetes Care, Denmark, on future product ideas and for Medtronic, Europe on their closed loop insulin pump portfolio; and has received speaker’s fee from Abbott for general lecturing on CGM use and from Medtronic for doing international insulin pump training courses for health-care providers.

Schmidt has served as adviser on hybrid closed-loop systems for Medtronic, Europe. Their research group at Steno Diabetes Center Copenhagen received funding for investigator-initiated studies from Dexcom in the form of rtCGMs for a type 2 study and from Medtronic to do a hybrid closed loop study in type 1 diabetes. Steno Diabetes Center Copenhagen is a public hospital and research institution under the Capital Region of Denmark, which is partly funded by a grant from the Novo Nordisk Foundation.