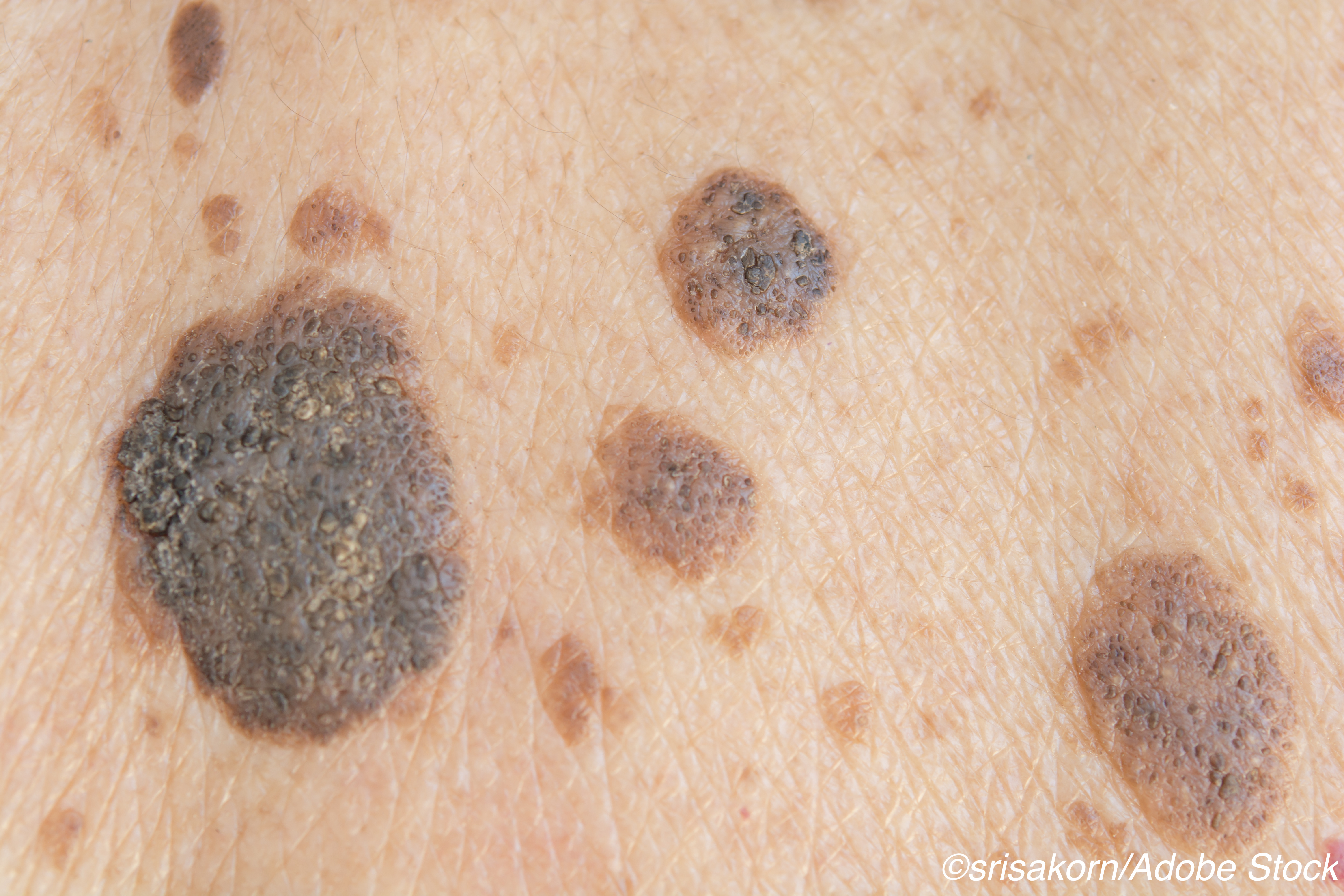 The long-term stability of the relapse-free survival benefit observed at 3 years following 12 months of a targeted adjuvant combination has been confirmed during an extended 5-year follow-up of the COMBI-AD trial.

At a minimum follow-up of 59 months, 49% more patients were alive without relapse following 12 months of adjuvant BRAF inhibitor therapy with dabrafenib (Tafinlar, Novartis) plus adjuvant MEK inhibitor therapy with trametinib (Mekinist, Novartis) at 52% (95% CI, 48 to 58%) compared with 36% (95% CI, 32-41%) of placebo patients at a Hazard Ratio (HR) of 0.51 (95% CI, 0.42-0.61), Reinhard Dummer, MD, University Hospital Zurich Skin Cancer Center in Zurich, Switzerland, and colleagues reported in the New England Journal of Medicine.

“In this 5-year analysis, we found that 12 months of adjuvant treatment with dabrafenib plus trametinib conferred a durable, long-term, relapse-free survival benefit for patients with resected stage III melanoma with BRAF V600E or V600K mutations, a benefit that persisted several years after the end of treatment,” Dummer and colleagues observed.

“[And t]he effect of adjuvant therapy with dabrafenib plus trametinib on long-term overall survival [still] remains to be determined,” they emphasized.

COMBI-AD was a randomized, double-blind, placebo-controlled, phase III trial in which a total of 870 patients with resected stage III melanoma harboring BRAF V600E or V600K mutations were assigned to receive dabrafenib, 150 mg, twice a day, plus trametinib, 2 mg, once a day or placebo for 12 months.

“In addition, all the patients had positive results for BRAF V600E or V600K mutations,” investigators affirmed.

“[And p]atients were stratified according to BRAF mutation type (V600E or V600K) and disease stage (IIIA, IIIB, or IIIC),” they noted.

The duration of relapse-free survival varied depending on disease stage on study enrollment.

“The last patient received the last dose of dabrafenib plus trametinib or placebo in December 2015,” investigators reported.

Not unexpectantly, “the vast majority of patients had treatment-related adverse events only during the initial 12-month treatment window,” researchers pointed out.

Furthermore, nearly all the adverse events that were associated with the adjuvant combination regimen resolved after discontinuation or interruption of treatment.

Thus, updated safety analyses were not done because no patient continued to receive treatment during the extended follow-up period.

As the authors point out, previous studies have indicated that most relapses in similar groups of patients with resected stage III melanoma occur within the first 3 years after surgery.

“Taken together, these results suggest that treatment with dabrafenib plus trametinib does not merely delay relapse but increases the percentage of patients who are likely to remain relapse-free in the long term,” Dummer and colleagues indicated.

Asked by BreakingMED to comment on the findings, Mario Sznol, MD, a member of ASCO’s cancer communications committee, noted that the presence of either a BRAF V600E or a V600K mutation does not affect the prognosis of these patients; rather, the depth of the melanoma lesion, whether the lesion is ulcerated, and whether patients have lymph node involvement, all do.

“All patients [in this study] had to have a positive regional lymph node and if a node was positive, they took out all the nodes,” he noted. (Interestingly, complete lymph node dissection is no longer done, a sentinel node biopsy is now standard of care, as Sznol pointed out).

When investigators initiated this study, patients were offered adjuvant targeted therapy for one year or placebo provided they had a BRAF mutation, “which was exactly the right way to do this trial,” Sznol observed, as the only treatment available for such patients at the time was interferon which did not work well in this setting.

When the trial was initiated, Sznol was among the many who did not expect the survival curves to continue to separate over time.

Instead, he fully expected that the initial difference seen in the relapse-free survival curves between the 2 treatment arms would converge back together over longer-term follow-up.

“But that is not what happened,” Sznol said.

“What happened was that even just one year of treatment results in long-term separation of the curves,” he said.

“And this means that these targeted therapies actually probably did get rid of this disease completely in a really substantial fraction of patients which is remarkable,” Sznol emphasized.

Sznol also noted that anti-PD-1 agents such as pembrolizumab are now used for the treatment of melanoma patients.

However, the occasional patient develops very severe side effects to anti-PD-1 agents whereas with the BRAF/MEK inhibitors, patients do not.

Because of this potential for very adverse reactions to PD-1 blockade, “this really makes [the targeted therapies] almost the preferred treatment option rather than immunotherapy at least in the adjuvant setting,” Sznol said.

In contrast, immunotherapy is much more effective in metastatic melanoma patients than the targeted agents.

This has important implications for the extended treatment of patients with melanoma because the other “really quite remarkable finding” from the COMBI-AD trial is the fact that investigators have not yet reached their overall survival endpoint, as Sznol pointed out.

“Remember, when these patients relapse, they have other treatment options including immunotherapy which in the metastatic disease setting has a fairly high cure rate,” Sznol observed.

“So the fact that investigators do not have overall survival data yet means that people who are relapsing [in the study] still aren’t dying very quickly because they are being salvaged by therapies that work well in metastatic disease so this just goes to show how much improvement there has been in the overall treatment of melanoma,” Sznol emphasized.

Supported by GlaxoSmithKline and Novartis. Universal Screening for Lynch Syndrome in Patients With Uterine Cancer

TAp63 and ΔNp63 (p40) in prostate adenocarcinomas: ΔNp63 associates with a basal-like cancer stem cell population but not with metastasis.