Restrictive vs Liberal Transfusions: Which Are Safer for AMI with Anemia? - Physician's Weekly
×

Restrictive vs Liberal Transfusions: Which Are Safer for AMI with Anemia? 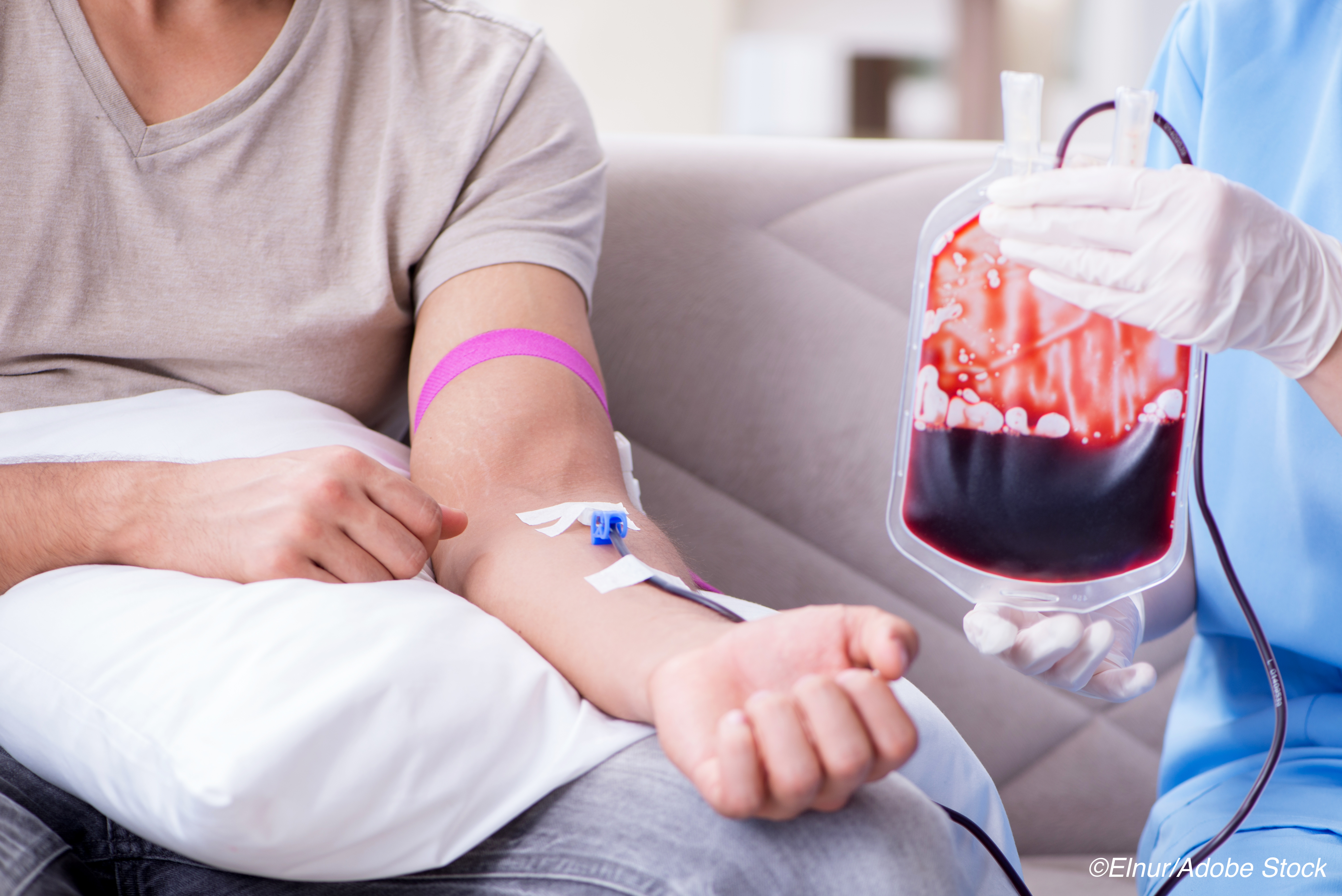 Restrictive transfusion for patients with acute myocardial infarction (AMI) and anemia is noninferior to a liberal transfusion strategy in the incidence of major adverse cardiovascular events (MACE), according to results from the open-label, randomized Restrictive and Liberal Transfusion Strategies in Patients with Acute Myocardial Infarction (REALITY) trial.

“Anemia is common in patients with AMI and is associated with worse clinical outcomes. In theory, transfusion should increase oxygen delivery, which would argue for a liberal transfusion strategy in patients with acute myocardial ischemia. However, data suggest that oxygen delivery is not necessarily increased in patients receiving transfusions, due to red blood cell depletion in nitric oxide and 2,3-diphosphoglyceric acid during storage, and that, conversely, transfusion may increase platelet activation and aggregation and produce vasoconstriction,” explained senior author Philippe Gabriel Steg, MD, of the Université de Paris, France, and his fellow REALITY researchers in JAMA.

Observational studies have produced conflicting results, and while previous large, randomized trials have compared transfusion strategies in patients undergoing surgical procedures and those with gastrointestinal bleeding and have shown a benefit from restrictive transfusion strategies, patients with AMI were excluded.

In this study, therefore, Steg and colleagues sought to determine the noninferiority of a restrictive transfusion strategy compared with a liberal one in patients with AMI and anemia. In all, 666 patients (median age: 77 years; 42.2% women) with MI and hemoglobin levels from 7-10 g/dL were enrolled from 35 hospitals located throughout France and Spain.

Most patients in the liberal transfusion group received two or more units. Both transfusion strategies were maintained until patients were discharged or 30 days after randomization, whichever came first. Transfusions could be administered at any time for documented massive overt active bleeding, important decreases in hemoglobin levels, and shock due to blood loss after randomization.

Also important to consider are the potential adverse effects of transfusion, as well as the logistic hurdles and costs that are involved, according to Steg and fellow researchers.

According to these researchers, a similar clinical trial is ongoing, and will have the ability to determining clinical superiority using all-cause mortality and nonfatal recurrent AMI.

“Longer follow-up to 1 year is being accrued and will allow evaluation of the potential long-term effects of the 2 transfusion strategies as well as assessment of potential quality of life and incremental cost-utility ratio differences between the groups,” they wrote.

Study limitations include its open-label design and moderate size not powered to assess superiority, as well as a possibly too large noninferiority margin of 1.25 that included potentially clinically important harm, the limited duration of follow-up, and the non-regulated collection of hemoglobin levels during hospitalization.